Scientists once thought cave fish lost their sight by accident. Now we know they were designed that way!

Move over bat. A new idiom is in town, and it’s changing the way many people think about evolution and creation!

Meet the cave fish. Cave fish is a generic term for the 170 or so species of freshwater fish, usually less than six inches (15 cm) long, that we find in caves. In areas where rivers flow in and out of caves, researchers have found an interesting fact about some of these fish, sometimes called blind cave tetras. The fish that live inside the caves are nearly identical to those outside the caves—and the ones that swim in your own aquarium!—except the fish living in the cave are lighter colored and have smaller or no eyes.

But this isn’t a problem for the cave fish. In fact, it’s a benefit. A highly developed visual system can use up to 15% of an animal’s energy. That’s a high percentage for creatures that live in the dark where food is scarce and they need to focus their limited energy on finding it. So instead of seeing, the fish rely on an amazing sense of smell and sensitivity to changes in water pressure.

They don’t miss the skin colors either. Surface fish need their color for camouflage or identification. But again, it takes energy to produce chemicals that make and maintain the color.

Evolutionists have traditionally touted this as “regressive evolution”—a helpful reduction of no-longer-needed traits over time. Recent discoveries have been eye-opening. Something more complicated—and designed—seems to be happening. It appears that the Creator placed within fish the potential for variations so they could change quickly to thrive in new and changing environments and fill the earth with representatives of His glorious wisdom and provision.

So instead of regressing, the cave fish is a marvelous example of extremely sophisticated, multilayered design . . . and we know that designs need a Master Designer. The details are amazing.

Waddington’s Widget: An Idea Worth Watching

This unconventional idea met sharp resistance because it was so contrary to standard evolutionary thinking. But now researchers have discovered just such a mechanism, a protein called HSP90, in the blind cave fish of Mexico.

The fish already had the information for eye reduction in their genes, but HSP9O normally prevents this eye reduction. But HSP9O is turned off—and the eyes are reduced—under special environmental conditions. Those conditions include subtle factors, such as the electricity that water conducts, which is much lower in caves because the water has less salt. Even before they’re born, embryos have detectors that sense outside conditions and, thanks to HSP9O, change their bodies accordingly. Instead of the several generations Waddington initially proposed to create changes in offspring, the 2013 study of cave fish showed this blindness could happen in one generation!

Much More Than Loss of Eyes and Color

Blind cave fish also display special behaviors that are more appropriate to life in darkness. For instance, rivers flow in and out of caves, so these fish have to swim against the current to stay in their caves, just as their open-river cousins make special efforts to stay out of the caves. The fish instinctively know they’ll find food and be safer against predators in their present environment. Both types of fish, which came from the same species, are designed for their varied lifestyles.

Blind cave fish aren’t worse off. Remember, the fish aren’t blind because of information-destroying mutations—their eye genes are all intact. But the environment changes which genetic instructions are used to build eyes. Their designs for caves include such details as shallow eye sockets that are scaled over—a nifty little adjustment that prevents damage to soft tissue if they bump into cave walls.

And even more intriguing: If the blind cave fish are reintroduced to the water outside the cave, within a generation or so, offspring can again be born with fully functioning eyes.

Caves are crawling with thousands of species of secretive animals whose special designs enable them to thrive in the dark. Technically known as troglobionts or troglobites, they look similar to their above-ground cousins, but have slower metabolism, reduced sight and pigment, and improved senses. 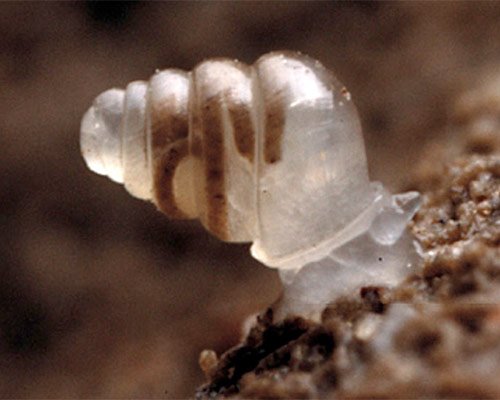 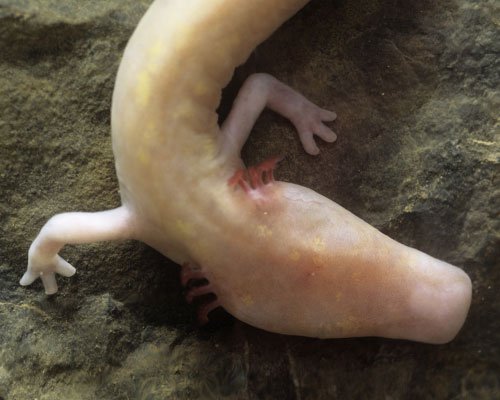 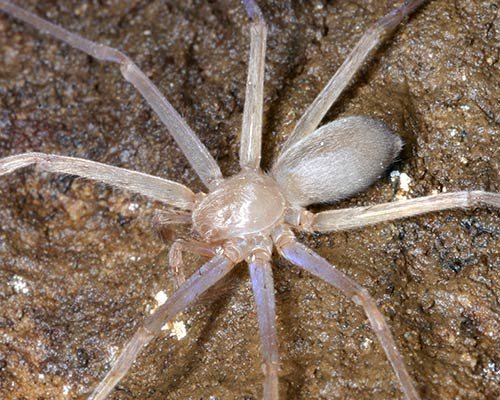 These findings flabbergasted many evolutionists because they weren’t looking for them. On the other hand, these findings shouldn’t really surprise creationists. We believe God, the ultimate, all-knowing engineer, knew varied environments would develop after Noah’s Flood. He wanted creatures to fill these places, so He purposely designed such flexible genetics—even if it means a fish might be better off without eyes. God’s attention to detail is staggering!

And if God cares enough to program the small, blind cave fish for successful living, imagine how much He cares about the details in the lives of people, who are made in His image. The same God who designed the cave fish has His eyes on you.

Jeanette Littleton has written more than 3,000 articles for various Christian publishers and has edited for a variety of publishers. She enjoys studying theology and the logistics of Christian living, and as an editor, specializes in helping academic authors speak to lay audiences
Previous Article Water Doesn’t Always Mix Next Article Contrived Connections