It was the debate of the century. Christianity had unequivocally triumphed over atheism. And the audience knew it. Find out how in this new web series featuring Dr. Greg Bahnsen. 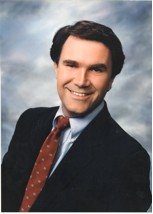 It was the debate of the century: Does God Exist?1 In the academic setting of the University of California (Irvine), atheist Dr. Gordon Stein would formally debate pastor and philosopher Dr. Greg Bahnsen. But this debate would go quite differently than most. Rather than merely presenting various scientific and historical evidences for God, Dr. Bahnsen methodically showed that the Christian God must be presupposed in order to make sense of anything whatsoever! The things we take for granted such as science, morality, and even the very laws of logic used in such debates, only make sense in the Christian worldview with the biblical God at its foundation. Thus, God must exist!

Greg had “pulled out the rug” from under his opponent, demonstrating that only Christian theism could make sense of the debate itself. Dr. Stein was unable to answer this powerful argument, and his own arguments for atheism were systematically demolished by Dr. Bahnsen’s keen intellect. With appropriate gentleness and respect, Dr. Bahnsen had rationally destroyed the position of his opponent.

Christianity had unequivocally triumphed over atheism. And the audience knew it. They chuckled at Dr. Bahnsen’s frequent use of humorous and memorable analogies, and at his quick and clear answers to Dr. Stein’s attacks. When I first listened to this debate, I was truly amazed at Greg’s arguments and responses; they were both brilliant and thoroughly biblical. I said to myself, “This man thinks and argues like Christ.” Indeed, the brilliant responses that Christ in His earthly ministry gave to His critics are echoed in the way Dr. Bahnsen debated. I decided to find out more about Dr. Bahnsen and his strikingly effective approach to apologetics.

The Antidote to Sloppy Apologetics

I must admit that I am often disappointed and sometimes embarrassed by the way many Christians attempt to defend the faith (and biblical creation in particular). I frequently see Christians using arguments that are logically fallacious, factually inaccurate, or inconsistent with the Bible they are trying to defend. For me, Dr. Greg Bahnsen was a “breath of fresh air.” His arguments were articulate, factually sound, and his conclusions were logically inescapable. He is the antidote for those who think that Christians are uneducated, sloppy thinkers.

Dr. Bahnsen not only showed that rationality and Christianity can go together, he demonstrated that they must go together.2 To be rational is to think God’s thoughts after Him. Of course, unbelievers can have “pockets” of rationality within their own worldview, but only because they too are made in God’s image and are inconsistently and unwittingly “borrowing” from the Christian worldview. The only worldview that is ultimately rational from its foundation is the Christian worldview.

Dr. Bahnsen was certainly an educated man—with a Ph.D. in philosophy specializing in epistemology (the theory of knowledge), as well as a Th.M. and a M.Div. Greg could hold his own against the most educated scholar, but could also clearly communicate with non-experts. An ordained minister and biblical creationist, Greg had a tremendous knowledge of the Scriptures and was a wonderfully articulate speaker. Moreover, he had a Christian humility that is rare among scholars of his academic stature. I see Dr. Bahnsen as an example of how the Christian scholar should be. And I have benefited greatly from his debates, lectures, sermons, books, and articles.3

Today (February 11, 2009) marks the 24th anniversary of the legendary Bahnsen-Stein debate and the launching of our latest web project. Thanks to the generous permission of the Covenant Media Foundation, we will be posting a series of articles written by Dr. Bahnsen. In these articles Greg will demonstrate how to defend the Christian faith against all opposition. Yes, it is good to know some science, and history; these can be valuable tools when used properly. But the key to defending the Christian faith is to understand that without it, we couldn’t make sense of anything at all. Knowledge begins with a reverential submission to God (Proverbs 1:7; Colossians 2:3). Thus, the key to becoming a good thinker is to become a biblical thinker. The first article is available to read today.

Dr. Bahnsen passed away on December 11, 1995, due to complications after heart surgery. He was 47. From a human perspective, this seems far too young to lose such a great Bible expositor and defender of the faith. Fortunately, over 1500 of Greg’s sermons and lectures were recorded, and his articles and books are still available. Each one is a gem of biblical insight and Christian scholarship. We hope that you will be blessed by the Dr. Bahnsen apologetics series.

Next Article Ready To Reason