No Comfort for Evolutionists 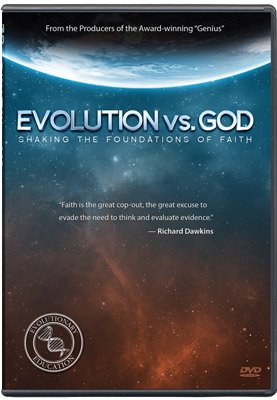 “Shaking the foundations of faith” sounds like a tagline for the latest book or DVD by a secularist intent on proving that God doesn’t exist. Actually, it is the subtitle of a new documentary about the faith of evolutionists. In Evolution vs. God* evangelist filmmaker Ray Comfort interviews four atheist professors, as well as several college science students. Comfort does not interview any creationists but allows the evolutionists to speak for themselves

Each person was specifically asked to name one observable example of an animal evolving into a different kind of animal. In answer, the evolutionists offered finches, fish, and bacteria, citing the development of different species of each animal. Comfort pointed out that this was just speciation since each of the creatures remained the same kind of animal, to which one professor responded confidently, “Human beings are still fish.”

Several of the interviewees admitted that their belief is a faith position. No one has ever witnessed one basic kind of organism changing into another kind. Such a huge change is beyond the scope of observational science and cannot be demonstrated. Evolution vs. God succeeds brialliantly in presenting that scientific truth, wrapped within an overarching evangelistic message. The wide dissemination of the DVD and video stream is worthy of our prayers.