Liberal theology stems from the rejection of the authority of God's written Word, the Bible.

In recent years, a bishop has been consecrated in England who denied the virginal conception and Christ’s bodily resurrection.1 An American bishop has ordained an active homosexual to the priesthood and has also speculated that the Apostle Paul was a repressed homosexual.2 One academic suggested that God was invented by a woman about 1000 BC when she was writing some of the Pentateuch (the books of Moses).3 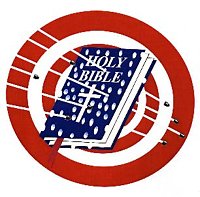 Liberal theology, such as the above, stems from the rejection of the authority of God's written Word, the Bible. Liberal theology now dominates in many seminaries and is threatening even conservative, evangelical denominations.4,5

Some think that the theory of evolution was responsible for liberal theology. Rejection of the authority of Scripture, which underlies evolutionary thinking, has been prevalent since the Garden of Eden. However, although various theories of evolution have been around since ancient times, liberal theology predates Darwin by decades.

Liberal theology in its modern sense can be traced back to 1753, when French physician Jean Astruc published a treatise on Genesis. He believed that Moses wrote Genesis, but suggested that independent sources were woven together throughout the Bible’s first book. In 1787, John Gottfried Eichhorn applied the term ‘higher criticism’, which has become the basis for modern liberal theology.6

Eichhorn has been called the ‘Father of Old Testament Criticism’. He believed that the Bible was a product of human initiative, without divine intervention. Eichhorn was the first to apply the term ‘myth’ to biblical studies, and he argued that the Genesis accounts of creation and the Flood were just like the fables in other cultures. During the 1820s, in lectures to theological students at Göttingen, Germany, he ridiculed miraculous events in the Bible, several years before Darwin embarked on the Beagle.7

The German theologians were creating interest and concern in other nations at this time. In 1825, the Regius Professor of Divinity at Oxford, Dr Lloyd asked British cleric Edward Pusey to study the new theology in Germany. When Pusey became aware of the way in which this new theology tended to exclude the possibility of the supernatural, and interpreted Christianity in terms of experience and religious intuition,8 he said to himself: ‘This will all come upon us in England, and how utterly unprepared for it we are!’ Pusey was right.

At around the same time, German theologian David Strauss studied the philosopher Hegel, who had said that Christian theology was symbolic and that it simply anticipated the evolution of a single, infinite, spiritual life unfolding in the history of mankind. In 1835, Strauss published The Life of Jesus Critically Examined. In it he argued that the supernatural elements found in the gospels were due to stories that arose after Jesus’ death; the miracles were not history but religious symbols. The book caused a sensation in Germany and cost Strauss his career.

However within a few decades the book was being widely accepted and is now regarded as a brilliant and important work by liberal theologians.9

Despite the opposition to Strauss in Germany, liberal theology continued to gain interest. In 1858, preparations were begun for a book of essays by several English theological liberals. Pusey’s fears were beginning to be realized. In 1860, just months after the first edition of Darwin’s Origin of Species, the volume of liberal essays was published.10

Although it is clear that liberal theology preceded Darwinian evolution, Darwin’s theory gave great impetus to liberal theology. Strauss stated in his 1872 work, The Old Faith and the New:

‘Vainly did we philosophers and critical theologians over and over again decree the extermination of miracles; our ineffectual sentence died away, because we could neither dispense with miraculous agency, nor point to any natural force able to supply it, where it had hitherto seemed most indispensable. Darwin had demonstrated this force, this process of nature; he has opened the door by which a happier coming race will cast out miracles, never to return. Everyone who knows what miracles imply will praise him, in consequence, as one of the greatest benefactors of the human race.’11

Although evolutionary ideas were around before Darwin, his was the first to appear to give a seemingly rational, non-supernatural explanation for the appearance of design in nature. Till then, as Strauss indicates, even the most ardent opponent of miracles had no alternative explanation for the obvious miracle of creation.

It is one of the great ironies of Christian history that Germany, the nation that gave us Luther and his insistence on the authority of Scripture, produced a generation a few centuries later that destroyed so much of what Luther had stood for. It matches the irony of Darwin, trained to be a minister of religion, who brought forth a theory that has hindered multitudes from believing in God.

The acceptance of liberal theology (and its Darwinian stablemate) almost certainly contributed to a weakening of Germany’s spiritual and cultural life and aided Hitler’s rise to power.12

Molecular biologist Michael Denton says: ‘The cultural importance of evolution theory is therefore immeasurable, forming as it does the centrepiece, the crowning achievement, of the naturalistic view of the world …’.13 Evidence or no evidence, evolution will continue to be accepted because modern man hates the concept of an interventionist, supernatural, law-giving God. For the same reasons, regardless of the obvious meaning of Scripture, or the historical evidence available, the liberal theologian will generally choose to believe in a biblical interpretation which is purely naturalistic. Put simply, the modern theologian and the modern evolutionist scientist both reject the miraculous power of God, and they reinforce each other’s belief.

The end result of liberal theology is, usually, denial of God’s very existence.

The end result of liberal theology is, usually, denial of God’s very existence. For example, one definition says God is ‘the sum of our values, representing to us their ideal unity, their claims upon us and their creative power’.14 One must wonder how theology (from Greek theos = God, logos = word, knowledge, discourse) has any real meaning or purpose under these conditions, because the object of the discipline (God) has ceased to exist and has been replaced by man. The definition of the word ‘theology’ has shifted to mean something really quite different.

This is another result of liberal theology; many ‘God words’ are used but their meaning and content has been completely changed. Aided by the acceptance of evolution, the same ‘rot’ is inexorably affecting most conservative Christian circles also.

Liberal theology, like the theory of evolution, has within it the seeds of spiritual death. Neither of them honours God for who He truly is and so neither of them will ever satisfy the spiritual needs of man. Accepting the authenticity and authority of the Bible in all things (2 Timothy 3:16, John 10:35, Psalm 119:160) is not an intellectual retreat into naivety. Rather it is accepting the revealed truth from the God who made us, and who died to reconcile sinners to Himself. For all who will receive it, it is true Life.