More Than One Language Before the Flood?

on September 15, 2014
Featured in Thinking Outside the Box
Also available in Português
Share:
Email Using:
Gmail Yahoo! Outlook Other

How many languages existed prior to the Flood? We know mankind had one language after the Flood, before God confused the languages at Babel. Could other languages have formed prior to Noah’s Flood?

Most modern languages can be traced back to the judgment at Babel. But some languages have been developed for other purposes. The Elven and Klingon languages have been created for storytelling and entertainment purposes.1 Inventing “conlangs” (constructed languages) is a popular hobby among science fiction fans. Interestingly enough, the Conlang flag uses an image of the Tower of Babel. 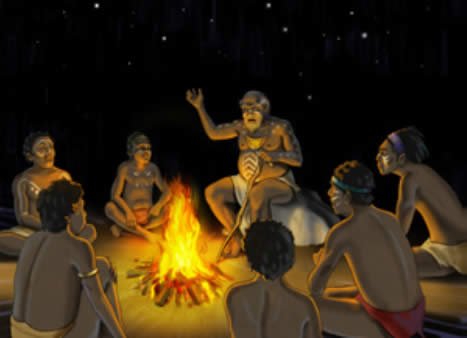 Language can change quickly in a culture that relies on oral traditions for its history.

Did the widespread violence of the pre-Flood world cause people to regularly fear for their lives rather than pursuing entertainment? Or was it more like modern times where, although in a world filled with violence and wickedness, many people used their leisure time to pursue a variety of interests—perhaps even to construct languages?

Another reason different languages could have arisen also has parallels to our time. Code languages have also been devised for protecting sensitive information. In the violent pre-Flood world, it is possible that a group of people devised a second language to prevent their enemies from understanding them.

Finally, as people spread around the world, certain dialects would have surely come into being. As the centuries passed, if groups were isolated from each other, then the vocabulary and grammar of some dialects could have changed so drastically that they could have been classified as different languages.

Since the Bible is silent on this issue, we can only speculate. Perhaps everyone shared the same tongue until Babel, or maybe several languages existed prior to the Flood.

Previous Article Food for Thought Next Article Lumping or Splitting?