A Lesson from a Hurricane

As Hurricane Katrina bears down on Gulf Coast, it’s not God’s fault, but rather, it is our fault—the Bible says we sinned in Adam.

I’m writing this article on Sunday afternoon as I’m watching the Weather Channel on American television, as one of the most potentially dangerous hurricanes ever in US history, Katrina, bears down on the Gulf Coast. As I view all the maps shown on TV, it seems that New Orleans, Louisiana (which is mostly below sea level) is right in the path of this destructive storm, and the city’s mayor has just called for mandatory evacuation of his city.

Whenever such a hurricane of this magnitude hits populated areas, there is much resulting damage and lives are usually lost. And whenever this occurs, many people cry out asking: "Where is God in all of this?" As happened after 9/11 (the attacks in New York City on the World Trade Center and hijacked airplanes crashing in Washington D.C. and Pennsylvania), the huge tsunami in Asia right after Christmas and the recent terrorist bombings in London, we hear people being interviewed by the media who are wondering: "How can Christians reconcile a God of love and mercy with such tragedies?"

In this fallen creation, we live in a world where God has given us just a taste of what life is like without God.

At Answers in Genesis, we have written many articles and given many talks explaining that it’s not God’s fault when a massive tragedy occurs, but rather, it is our fault-the Bible says we sinned in Adam (Genesis 3). In this fallen creation, we live in a world where God has given us just a taste of what life is like without God-when God no longer holds everything together perfectly. Because we sinned and thus committed high treason against the God of creation, we don’t even deserve to exist!

While our righteous God has to judge sin with death, and has withdrawn some of His sustaining power in His creation, He has provided a way of salvation for man. The Creator of the universe stepped into history 2,000 years ago as a man (the "God-man") to pay the penalty for our sin and offer us a FREE gift of salvation. What a God of love!

Because we have written and taught much on this topic of death and suffering, I won’t take the time in this article to detail all the issues in regard to reconciling tragedy with a Christian God of love. But I did want to challenge you in regard to some related issues.

First, I refer you to two items:

This video clip comes from the DVD “Death: The Enemy,” which is part of The Foundations video series.

As I write this article on Sunday afternoon and await news about the hurricane soon to hit shore, my heart is saddened as I realize there are people alive on this earth right now who will probably not be alive after the hurricane blows through. As a Christian, I know that when the body dies, and because we are made in the image of God, our souls that inhabit our bodies (Paul in the New Testament describes our bodies as "tents" we live in) will live forever either with God or separated from Him in Hell, something we deserve because of our rebellion (sin).

I also realize that houses will be destroyed and beautiful old and new buildings will be blown apart. Possibly millions and millions of dollars in damage will result.

In no way do I want to take away from people’s grief at the loss of loved ones or of homes and businesses, but I want us to consider a perspective from the Bible. First, the Scripture tells us to "bear one another’s burdens" (following Christ's example), and so we all need to help each other-and because we ALL sinned, and thus we are all (collectively) responsible for the mess this world is in, we all should help each other . . . particularly in this time of tragedy and disaster.

But the most important issue that we should all make our highest priority concerns the state of people’s souls. After all, each soul will live forever in heaven or hell. Hebrews 9:27 says: “And as it is appointed unto men once to die, but after this the judgment.”

When I was in Israel recently, my heart was greatly moved as I viewed the remains of various palaces built by Herod some 2,000 years ago. Herod wanted to be known as a great builder. He built a massive, luxurious palace at Caesarea Philippi, and he constructed three luxurious palaces on the top of the famous mountain known as Masada. 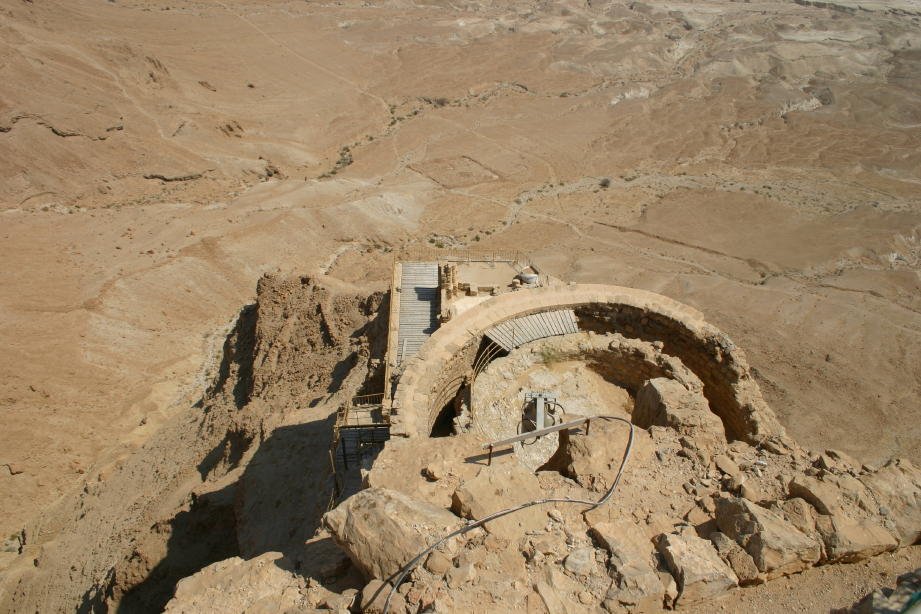 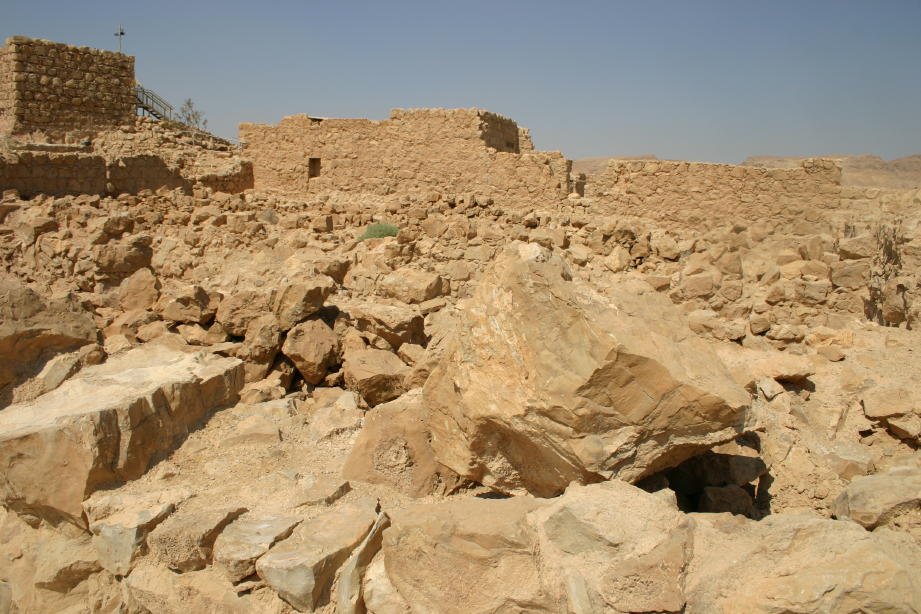 Storerooms built by Herod at Masada 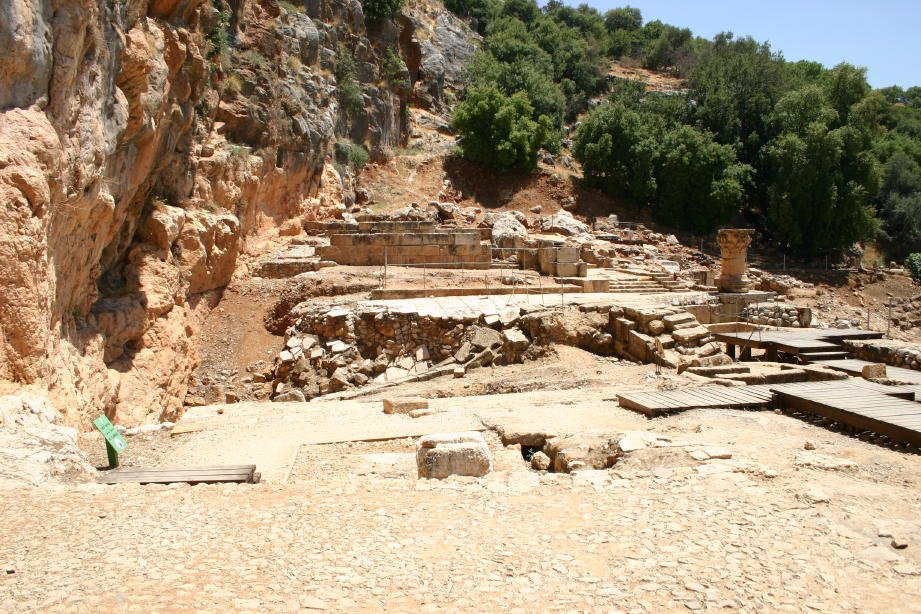 As far as we know from history, Herod’s spiritual state was such that he died without receiving the Lord, and thus faced eternal separation from God-suffering the "second death." His soul lives on forever, but the great buildings he had constructed as his memorial/legacy on earth have all but crumbled into dust.

Yes, grieve with our brothers and sisters in America’s South when this tragedy occurs. Reach out to them, and help where you can as the Bible commands us. Also, be ready to give answers about how Christians can reconcile a God of love with death, suffering and destruction. (To equip yourself, please read the article and listen to the talk mentioned previously.)

In addition, be reminded that the most important thing in the whole universe is to be concerned for souls. People need to understand that the material things of this world will not last-but as real, living people, they will last forever.

This hurricane should be a reminder that the things of this world are so fragile-so temporary. Let us pray that through the tragedies of this destructive event, people will be convicted about the state of their souls-and many would turn to the God of creation and be saved: “That if you confess with your mouth the Lord Jesus and believe in your heart that God has raised Him from the dead, you will be saved” (Romans 10:9).

Some lives will probably be lost because of this hurricane, but if their souls are lost for eternity, that is the real disaster.