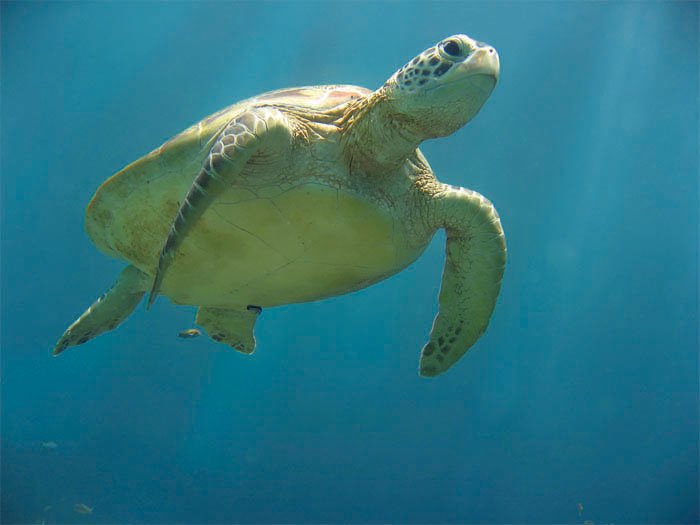 I love learning about wildlife, but when it comes to sea turtles, many of the “facts” seem simply unbelievable.

One of the more common statements about these marvelous creatures is that “in many ways turtles are living fossils that have changed little since they first appeared about 200 million years ago.”1

Yes, we find turtles in the fossil record, and we find them today—thus they are called “living fossils.” But the reality is that turtles appear suddenly in the fossil record with no hint of a nonturtle ancestor. The statement about “200 million years ago” is made as if that period of time is an observed historical fact. It is not. 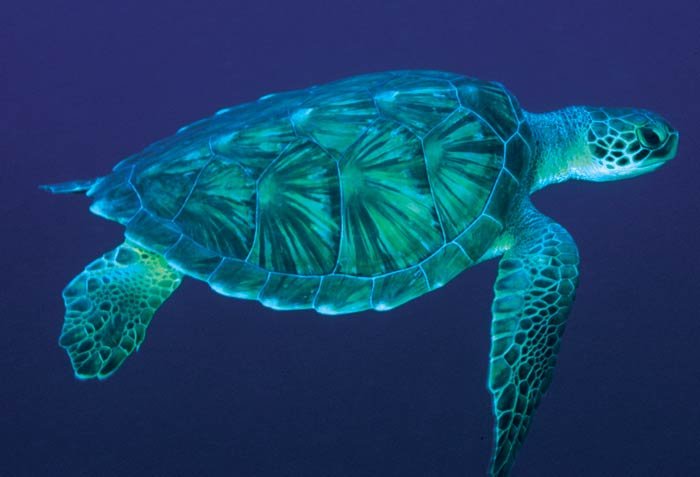 God gave sea turtles the perfect equipment to be powerful swimmers. Notice its flat flippers and streamlined body. Evolution could not produce the intricate designs of sea turtles.

Sea turtles are excellent swimmers. Their powerful paddle-like flippers take them great distances at speeds of between 1 and 1.4 mph (1.5–2.3 kph).2 Satellites have tracked them criss-crossing the oceans.

Sea turtles are excellent divers as well. Leatherbacks, in particular, can dive thousands of feet as they search for their favorite dish, jellyfish.

Normally, the incredible pressure at such depths would rupture air-filled lungs. However, these turtles are designed to expel the air from their lungs, which collapse. The turtles then use the oxygen stored in their red blood cells and muscles. Compared to most other animals, they have a higher concentration of red blood cells and lots of myoglobin, an oxygen-binding protein found in muscle.3

And then there’s the problem of saltwater. Ingesting it would kill the turtles if they didn’t have specialized salt glands that empty into the eyes, much like tear ducts, ridding their bodies of excess salt.

Females may look like they are crying when they come on shore to lay their eggs. But the secretions from these glands protect the turtles’ eyes as they dig in the sand to make nests for their eggs.2

Where Did They Come From?

Evolutionists assume that all living things share a common ancestor and have developed through time by naturalistic processes. This view is not supported by the fossil record and conflicts with the historical account given in Genesis.

From Genesis 1, we learn that God created living things according to their kind around 6,000 years ago. Creationists are not sure if sea turtles were created as a distinct kind of sea creature on Day 5, or if they were a part of the turtle kind created on Day 6.5

Seven species of sea turtles make up two separate families. In the family Cheloniidae, a number of different species have interbred and produced hybrids. For example, loggerhead sea turtles have formed hybrids with Kemp’s ridley, olive ridley, hawksbill, and green sea turtles.6 Since they are able to reproduce together, it seems logical that they belong to the same created kind.7

Two sea turtle species have not been observed to produce hybrids: the flatback turtle, which is in the family Cheloniidae, and the leatherback, which is the only living member of the family Dermochelyidae. As has been pointed out elsewhere,8 however, the inability to produce offspring does not necessarily mean that these two turtles are from different kinds. 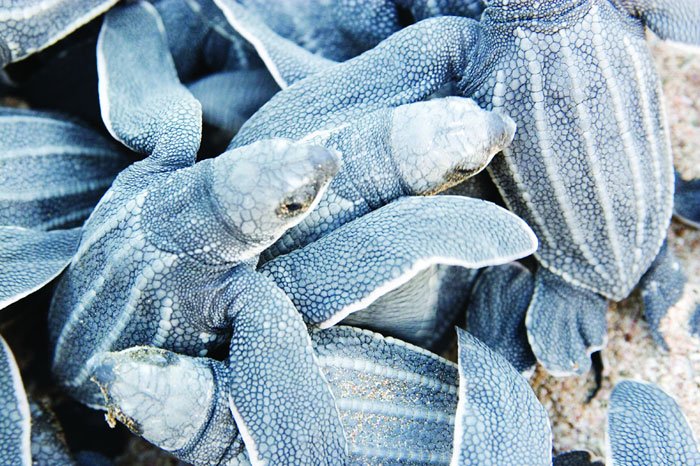 Immediately after they hatch, baby sea turtles must race for the ocean to survive. They face many obstacles during their life, and this is only the first.

In fact, after studying the characteristics of turtles, creation scientists have concluded that all sea turtles are probably descendants of just one created kind.9 Though sea turtles vary in appearance, habitat, and diet, several key characteristics clearly identify them as sea turtles.7

God intended for animals to reproduce and fill the earth. He provided sea turtles with incredible variability that has allowed them to thrive in a variety of oceanic niches worldwide.

Sea turtles have many specializations and are intriguing to watch and study. An honest look at the facts reveals that they have been around for thousands (not millions) of years. There is no indication they ever were or ever will be anything but turtles.