What about Extra-Biblical Tables of Nations and Genealogies That Go Back to Noah?

Genesis 10 gives an outline of family groups that left Babel. These people moved throughout the world and populated virtually every continent. (Was Antarctica ever settled in the past? At this point, I am unaware.) Here is the Table of Nations from the Bible. 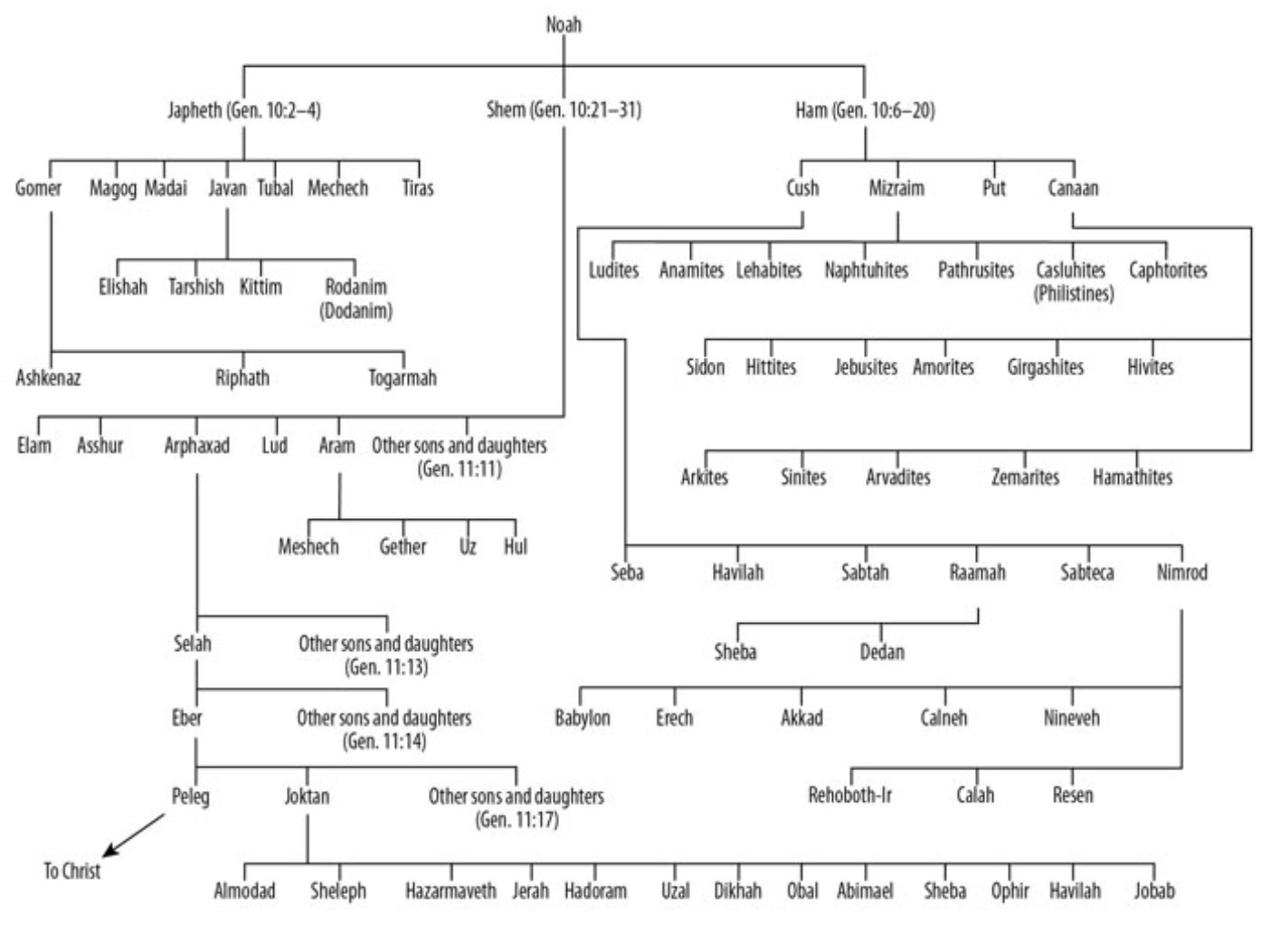 Historians such as Josephus (1st century), Snorri Sturlusonor (13th century), James Anderson (1732), Nennius (9th century), and many others have commented on various cultures and their genealogical records in the past and the origins of various peoples.1

Though there are many to pick from, a few examples of tables of nations should show that historians were offering, sometimes unknowingly, a great confirmation of Genesis, especially historians prior to the evolutionary re-writing of history over the past 150 years.

Josephus, who was surely drawing from Genesis, completed his table of nations nearly 2,000 years ago. A discussion of this is detailed in chapter 17, but the following table, which is in graphic form, is a good place to start. 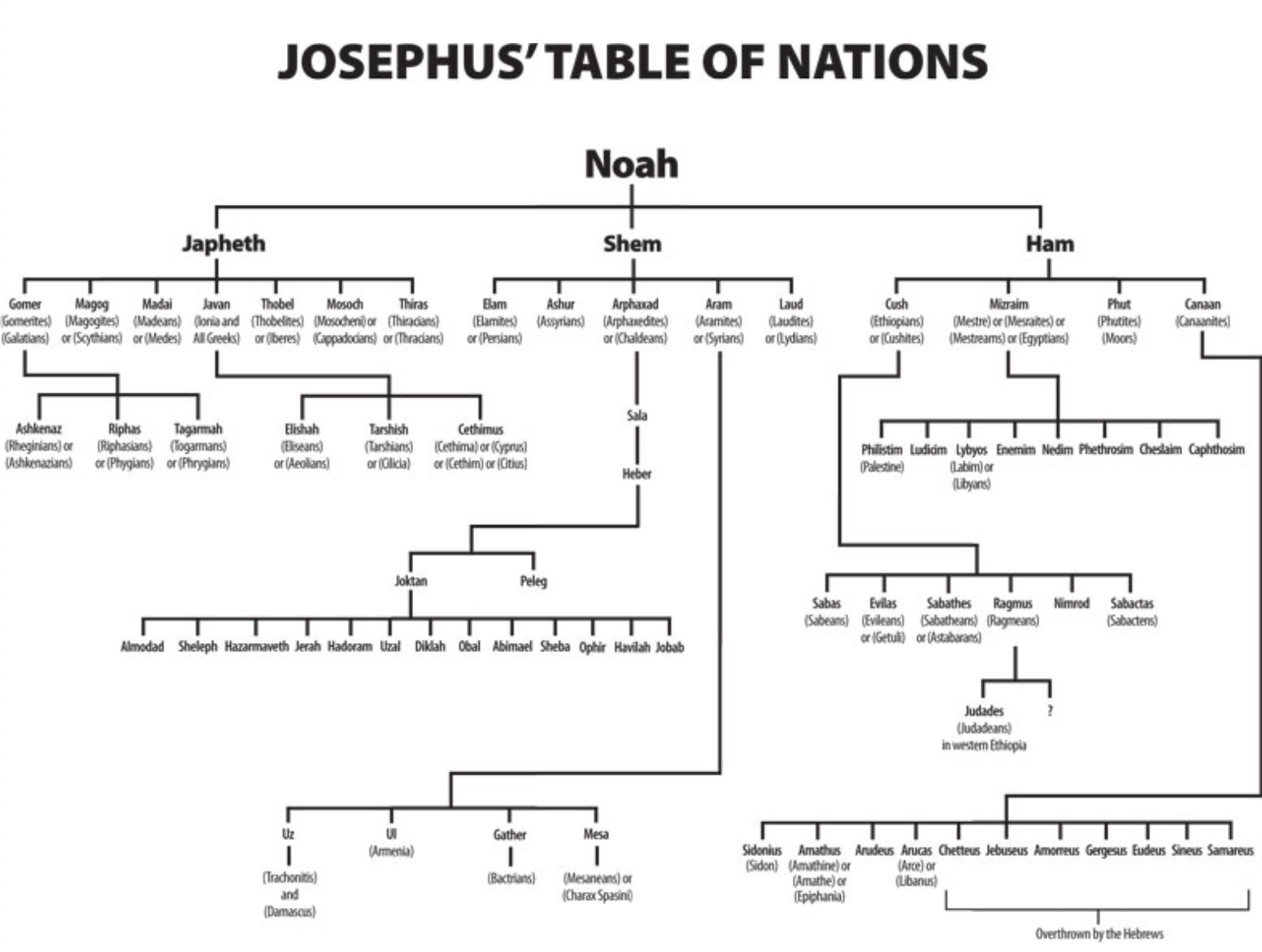 Some genealogies connect prominent modern houses and royal lines with the Table of Nations listed in the Bible.2 Anglo-Saxon chronologies feature six royal houses that go back to Noah.3 In these genealogies, Noah is found on the top of the lists in many of these documents, some of which feature variant spellings such as Noe or Noa.

One historian discovered a relationship between the ancient name of Sceaf (Seskef, Scef) and the biblical Japheth.4 This relationship seems reasonable, as Japheth has traditionally been seen as the ancestor of the European nations. Some of the European genealogies researched have a variant of Sceaf with the exception of Irish genealogies, which still used the name Japheth.5

Nennius, an eighth-century Welsh monk living in Powys, developed a table of nations of the lineages of many of the European people groups from Noah’s son Japheth: Gauls, Goths, Bavarians, Saxons, and Romans.6 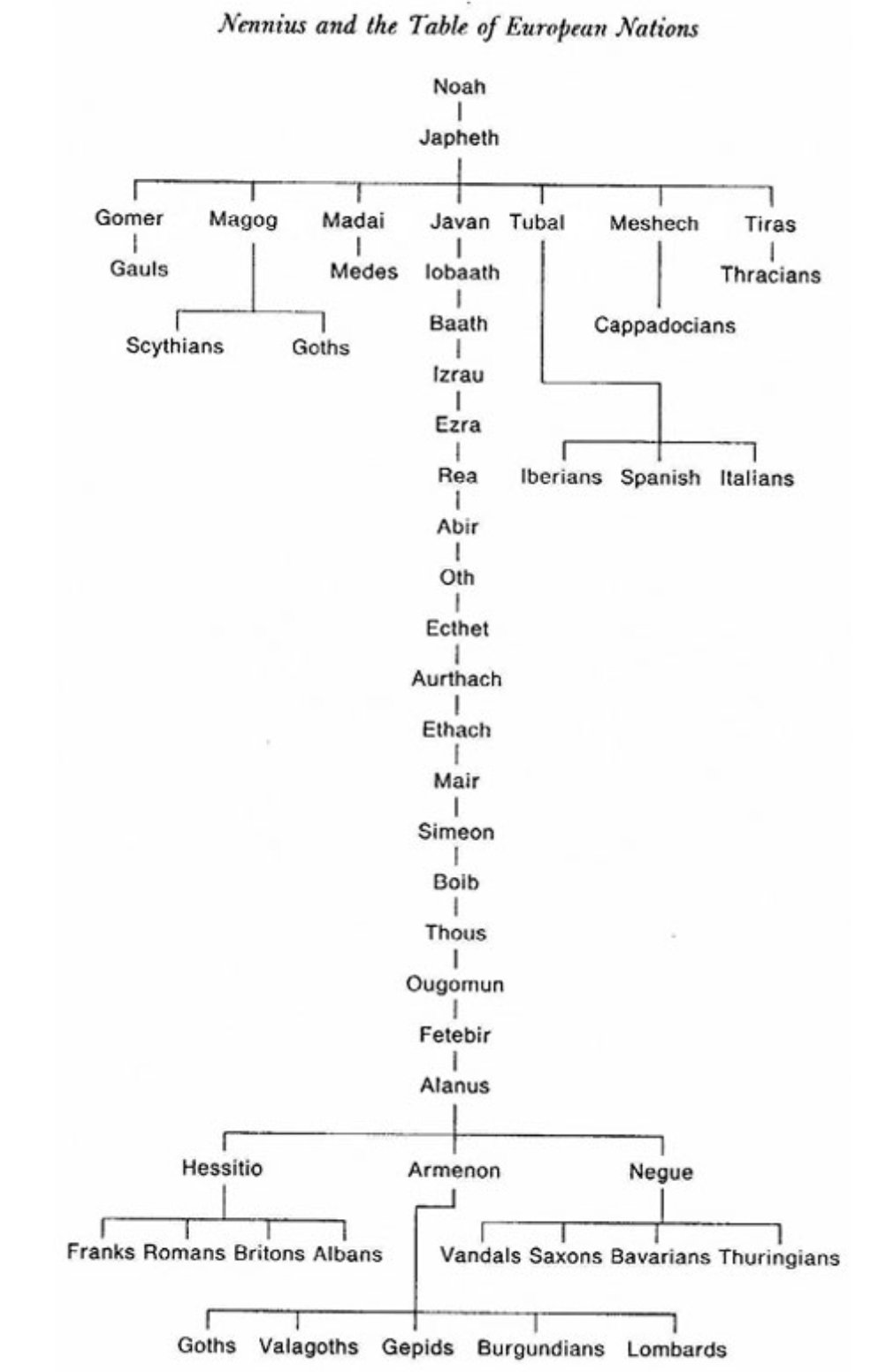 Though it repeats the Goths in two different areas, Nennius’s chart bears strong similarities to the history that Josephus recorded, as well as the Bible’s Table of Nations. However, there are clearly enough differences to show that it was neither a copy from the biblical text nor from the Jewish historian Josephus.7

Chinese records also describe Nuah with three sons, Lo Han, Lo Shen, and Jahphu, according to the Miautso people of China.8 Although original documents of ancient sources sometimes no longer exist and one has to rely on quotes from other ancient books, it is interesting that we find similarities to the Table of Nations in the Bible in many places.

And he told them to teach the children of Judah the Song of the Bow; indeed it is written in the Book of Jasher (2 Samuel 1:18).

It was assumed that this book was lost to history. Yet there are three copies floating around today. So what is the story?

As it turns out, these copies are later books, not the one that is mentioned in Scripture. One book is a collection of legends from creation to the conquest of Joshua (and was written in Hebrew). It is believed by most scholars that this book did not exist until about A.D. 1625.

Another Book of Jasher is supposed to be an 18th-century translation of a book by Alcuin from the 8th century. Of course, there is a science fiction book by this title as well. So, what we can learn from these Books of Jasher is not what is reference material to what is stated in Scripture, but instead what people believed or researched within the past millennium. Essentially, we can only know what the author believed when this was written.

After researching the Book of Jasher from the 17th century, we find a record of genealogies as well. It is not merely a copy of the Bible or of Josephus or of anything else directly referenced in this volume either. This is known because there is information here not given in any of the other references, and the other references give information not mentioned here. 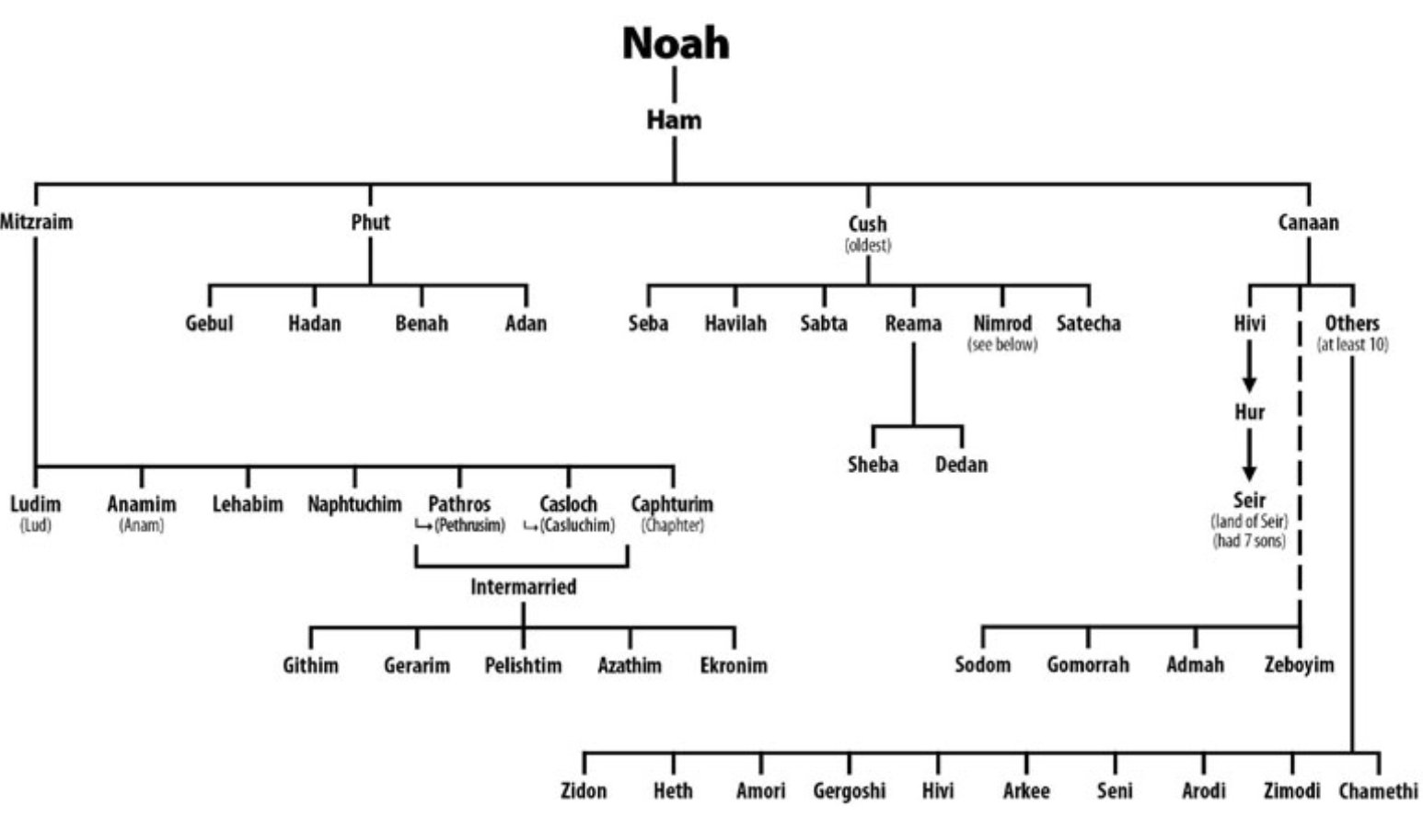 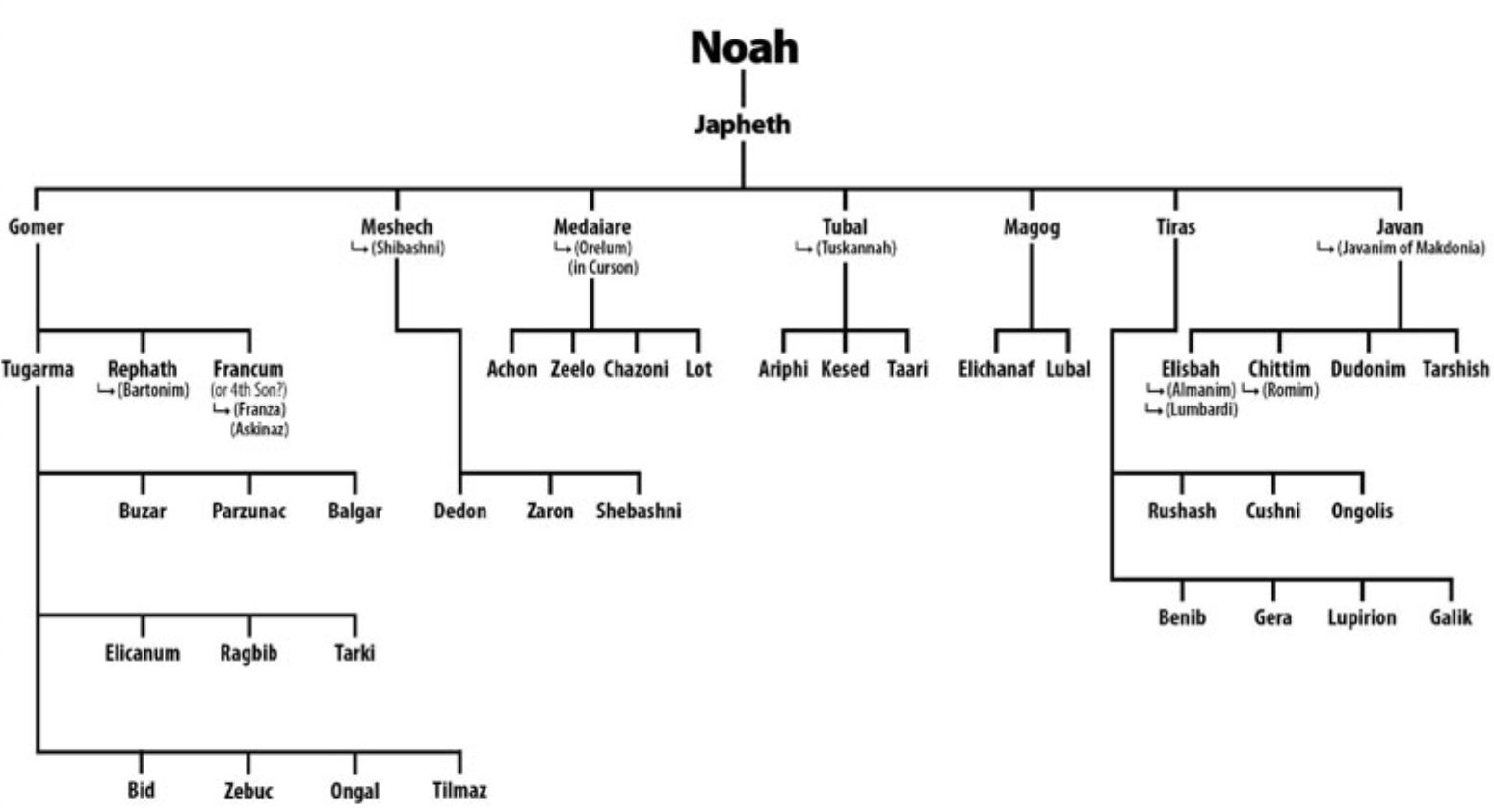 Some of this makes sense, too. I have been able to trace the Turks in Asia Minor (modern-day Turkey) to Noah’s great-grandson Togarmah’s descendants who migrated into part of modern-day Turkey. Later, they conquered the whole of Asia Minor and had the Turkish Empire, which was quite powerful. The Bible simply gives his name (Togarmah), but where did the name Turk come from? Was it a variation of Togarmah? If the author of Jasher is somewhat correct, then the name comes from one of the ten sons of Togarmah (Tugarma): Tarki.

In some cases, the name of a descendant became the name of a language or people. For example, in the Bible, the Anakim were people named for descendants of Arba through his son Anak, and the Jews (named for Judah) became a name for the Israelites. Turk may have that same connotation.

The Uzbek Turks (living in Uzbekistan, Afghanistan, Tajikistan, Kazakhstan, Kyrgyzstan, and Turkmenistan) may well be named for Zebuc, which sounds strikingly similar to Uzbek, as would the Oguzes or Oguz Turks to Ongal. It is this latter ancestral group that gave rise to Osman I, who founded the Ottoman Turk Empire that lasted for about six centuries (late A.D. 1200s to the 1800s).

Another example is the names of the children of Asshur. The Bible simply gives the name Asshur (Assyria). Jasher fills in the names of Asshur’s sons. This makes sense since Nimrod conquered and built up four of these places (Genesis 10:11–12) that were in Asshur’s lands (Nineveh, Rehoboth Ir, Calah, and Resen). So did these cities take the names of Asshur’s sons or Nimrod’s sons? In light of the Bible, I would lean in the direction of Nimrod’s sons, even though they were located in land allotted for Asshur, but the Scripture is not clear. The Book of Jasher attributes them to Asshur.9 Regardless, these two people groups mixed in these four places.

The few sources listed here and many others that can be tracked down are a great confirmation of the truthfulness of the Scriptures.

There is much to learn, and it could be a book in and of itself to find and record various Tables of Nations found throughout the world. In truth, the book Royal Genealogies by James Anderson has a number of these tables. The research was done for the Prince of Wales, Fredrick Lewis, in 1732. This volume, unlike Jasher, is a much more reliable source. The few listed here and many others that can be tracked down are a great confirmation of the truthfulness of the Scriptures. 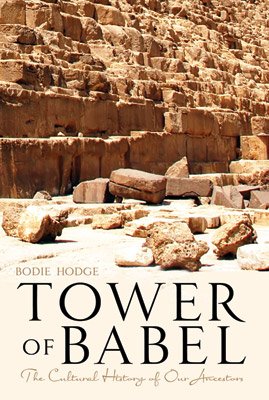 Discover the truth of the people groups and the civilizations that spread across the earth.