Critical race theory (CRT) is rapidly infiltrating classrooms throughout America and the West—but the Australian Senate recently said no to teaching CRT in the national curriculum. 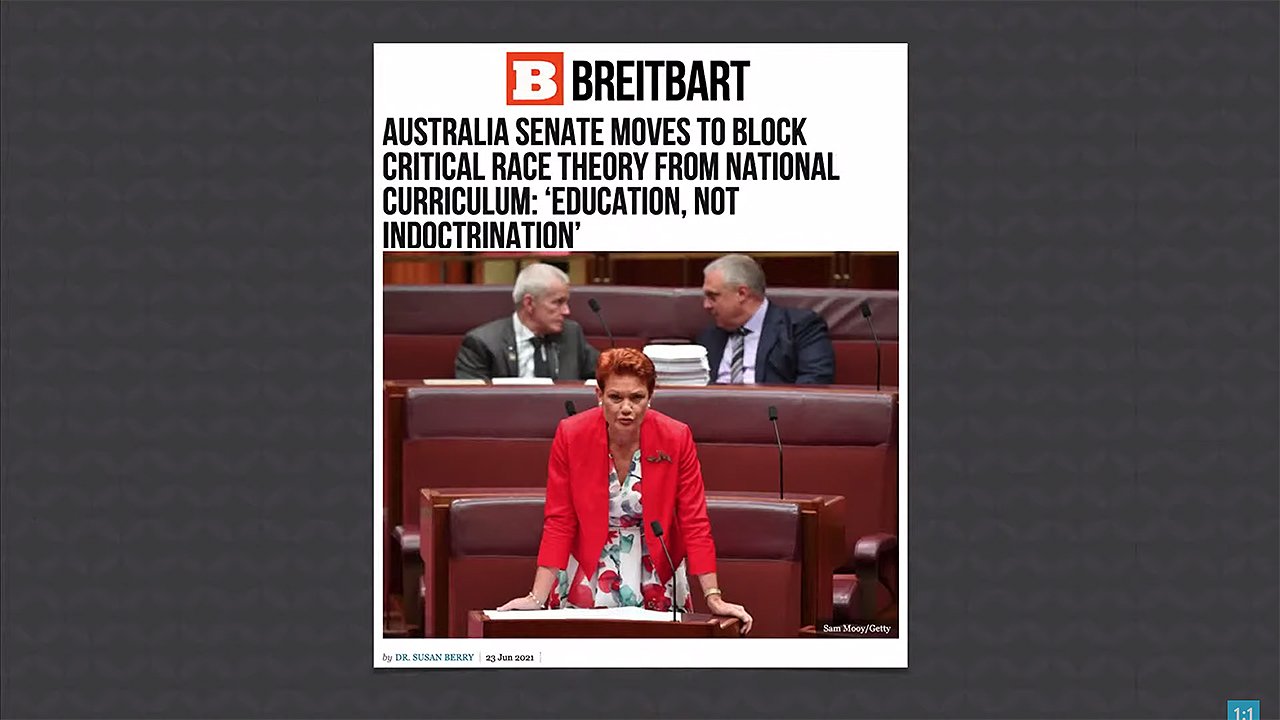 Critical race theory (CRT) is rapidly infiltrating classrooms throughout America and the West—but the Australian Senate recently said no to teaching CRT in the national curriculum. This is good news! You see, CRT is a worldview used as a set of lenses through which to interpret the world, but it spawns division, hate, and animosity. As believers, we should recognize the problems with CRT go deeper than that—it stands in direct opposition to the gospel and biblical teaching! As a Christian, everything needs to be interpreted through the lens of Scripture!

In his book Quick Answers to Social Issues, AiG’s Bryan Osborne has a chapter on intersectionality and social justice, which are key components of CRT. He writes,

Are social justice and intersectionality part of the gospel?

As a movement, it seeks to identify the oppressed—those who’ve been wrongly denied equal access to these things—and to right societal wrongs through empowerment and redistribution—to bring about social justice.

No. To understand why, they must first be defined. The modern secular notion of social justice is the quest for equality in terms of distribution of wealth opportunities, and privileges for individuals within society. As a movement, it seeks to identify the oppressed—those who’ve been wrongly denied equal access to these things—and to right societal wrongs through empowerment and redistribution—to bring about social justice.

This is where the recent innovation of intersectionality comes in. Not only does it help to identify the oppressed (and oppressors), but levels of oppression and those most in need of reparation and privilege. It’s the idea that there are intersection and compounding layers of oppression due to multiple factors like race, gender, sexuality, ethnicity, class, religion, etc. The more victim categories one belongs to, the heavier their oppression, the more weight their voice carries, and the greater their empowerment within society. For example, a woman’s voice has more weight than a man’s; if she’s African American, she’s more empowered; and if she’s also lesbian, she has even more authority.

With those definitions understood, let’s hurry to say that many injustices have occurred and are occurring. They’re the tragic, temporary consequences of living in a sin-cursed world that will be annihilated when Christ returns. The current world is an unjust place because it’s filled with unjust sinners. And of course, God is concerned about justice! The Bible is replete with commands to act justly with impartiality toward the rich or poor (Micah 6:8; Exodus 23:2–3; Leviticus 19:15; James 2:9) and to care for the needy, the widow, and the orphan (1 John 3:17–18; Deuteronomy 15:10; James 1:27). Christians should be, and typically are, at the forefront, fighting against injustice, partiality, and oppression.

People recognize injustice because they’re made in God’s image

But who defines justice? Answer: God.

He alone defines justice now and forever. And justice never has an adjective in the Bible. There aren’t variations of justice, simply justice and injustice. Justice exists because there’s a just God who’s the source of morality. People recognize injustice because they’re made in God’s image. Injustice exists because people are sinners. And though some have endured varying egregious hardships, all have violated God’s law, and all are accountable to His perfect justice. No exceptions. That’s the Christian’s primary concern.

Only God is just, and He will judge the unjust (Deuteronomy 32:4; Revelation 19:11). How can we survive His righteous judgment? By repenting of our sin and putting our faith in Christ, the God who left His privilege to purchase our salvation and righteousness (Romans 3:23–25; Philippians 2:7–8; 2 Corinthians 5:21). In this, He is both the just and justifier (Romans 3:26).

Social justice and intersectionality are not part of the gospel.

Social justice and intersectionality are not part of the gospel. They’re ambiguous, man-centered ideas attempting to classify privileged and oppressed, who’s to blame and who’s owed. Their basic message is, “I’m owed and deserve compensation.” The Bible’s message is that we all deserve death, but God’s free gift is eternal life through Christ, who made reparation for all sin (Romans 6:23)!

We should be concerned that CRT is largely taking over public education, but we should be even more concerned that it is making inroads in the church! Let’s not adopt a pagan, worldly system when God’s Word, and the true history God has given us in it, gives us what we need to address racism at its root: sinful hearts! Instead, let’s be bold champions of truth, the gospel of Jesus Christ, which solves our biggest problem, the sin that separates us from a holy God, and “grace relations” through Christ.

You can learn more about a biblical answer to racism in my book, co-authored with Dr. Charles Ware, One Race, One Blood (some chapters have been published on our website) or with several excellent video series on Answers TV.

This item was discussed Wednesday on Answers News with cohosts Avery Foley, Bryan Osborne, and Bodie Hodge. Answers News is our twice-weekly news program filmed here at the Creation Museum and broadcast on my Facebook page and the Answers in Genesis Facebook page. We also covered the following topics: