Image by Sikander, via Wikimedia Commons.

The Royal Wedding: A Case of “Interracial” Marriage?

by Avery Foley on May 19, 2018
Share:
Email Using:
Gmail Yahoo! Outlook Other

For those who follow the British royal family, the big day is finally here. May 19, 2018, is the day Prince Harry and his fiancé, Meghan Markel, formerly an American actress, will marry in a highly anticipated and televised event before an expected audience of three billion worldwide.1 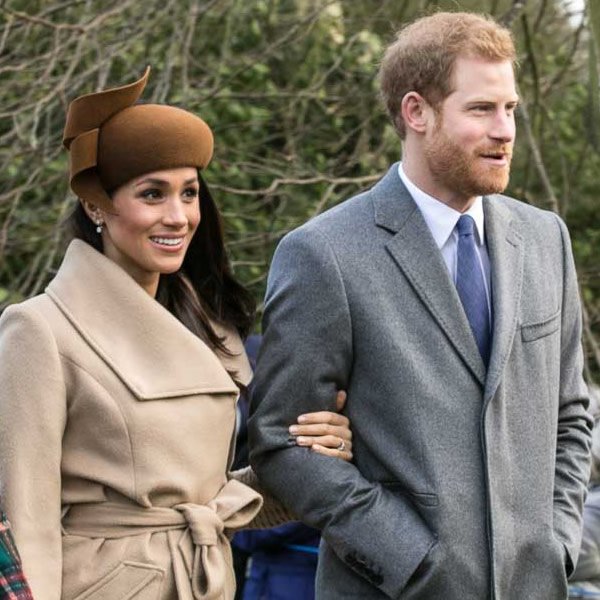 Rumors have been flying about what Meghan’s dress will look like, who will be in attendance, and what titles the new couple will receive. Everyone is eager for a glimpse of Prince George and Princess Charlotte in their roles as pageboy and bridesmaid (and this will be Prince Louis’ first official outing). But this wedding has started more than just a conversation about weddings, romance, and royalty. It’s also brought the topic of so-called “interracial marriage” into the limelight.

For months, news outlets have commented on the upcoming nuptials with many emphasizing that this is a “mixed-race” or “interracial” marriage, since Meghan is considered “bi-racial,” having a dark-skinned mother and a light-skinned father. But how should we view this marriage in a biblical worldview?

The Bible is certainly not silent on the issue of race. Genesis 1:27 gives the true history of mankind: they were created male and female in God’s image. Scripture is clear that Adam was the first man (1 Corinthians 15:45) and Eve was the first woman, the mother of all the living (Genesis 3:20). Therefore, all humans are descended from one human couple.

We’re one blood and one race because we can all trace our ancestry back to one couple, Adam and Eve.

That’s why in Acts 17:26 Paul can say God has created us all from “one blood.” We’re one blood and one race because we can all trace our ancestry back to one couple, Adam and Eve. This biblical truth has been confirmed by scientific research. In 2000, after scientists finished the momentous project of mapping the human genome, they concluded that there’s one race, the human race. Of course scientific findings simply had to catch up to what the Bible taught all along.

But clearly Meghan’s red-haired, fair-skinned Prince Charming looks quite different from her own dark skin and hair. Where do these differences come from? Similar to the animal kinds God made, he put a tremendous amount of variety into the human genome. Only some of this variety is reflected in the unique features of people groups around the world (additional variety has likely yet to be expressed and still more has died out since the time of Adam and Eve and Noah and his family).

It’s Not Black and White

People often talk about skin color when it comes to dividing people according to “race.” But it’s not skin color but rather shade that differs. We are all one basic color: brown. We’re just different shades of this color, largely depending on how much of the pigment melanin our skin produces (a factor controlled by genes). This is easily demonstrable with a piece of white or black paper held next to the skin. Our skin, no matter its shade, looks brown next to white or black.

If Adam and Eve were middle brown, they could produce children on either end of the spectrum from very dark to very light or anything in between, eventually giving rise to all the variety we have today.

The Origin of the Cultures

The Bible gives us the history we need to pinpoint the origin of people groups. At the time of the flood, the human population was reduced to just eight people. As Noah’s sons and daughters-in-law had children, the population grew. God told Noah and his family they were to produce children and spread out over the earth (Genesis 9:1). Eventually Noah’s descendants decided they did not want to be scattered over the earth and instead stayed together to build a city and a tower. In judgment for their rebellion, God confused their languages, forcing them to spread out and fill the earth (Genesis 11:1–11).

The Bible gives us the history we need to pinpoint the origin of people groups.

As people spread over the earth, they became isolated, not only by their new linguistic differences but also by geography (oceans, rivers, mountains, and so on). Soon distinct physical traits became dominant in each group, and genetic isolation ensured that those traits remained dominant within each group. The people groups were born because of the events at Babel.

Interracial Marriage—There’s No Such Thing!

Biblically and biologically, interracial marriage doesn’t exist. We are all one race, descended from Adam and Eve. When you marry, you marry a distant relative. As Prince Harry and Meghan tie the knot today, they tie the knot between two descendants of Adam, specially made in God’s image.