The Republican candidates vying for U.S. president are increasingly being queried about their views on creation/evolution. Although their responses will not directly reveal how they might conduct foreign policy or appoint judges (these are “gotcha” attempts by the media, as much as anything), candidates’ answers can shed some light on their worldview. Their beliefs about where humans came from and to whom they are accountable help shape their political views.

The queries started with Congresswoman Michele Bachman of Minnesota. The left-leaning, well-trafficked Huffington Post website took pot shots at her when she defended a Louisiana law that permits public school teachers to expose weaknesses regarding evolution. What was surprising is that the website relied on a self-described evangelical to make its assault. Theistic evolutionist Dr. Karl Giberson dismissed her views and insisted that readers trust the consensus of the “scientific community.”1 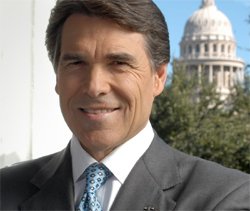 U.S. presidential hopeful Rick Perry has come under fire for his views on creation.

Then it was Texas Gov. Rick Perry’s turn. In August he was captured on video expressing doubts about evolution. Though supportive of an old earth (the idea upon which evolution is built), Perry says he believes in a Creator. Media pundits enjoyed a field day. Even a “conservative” Pulitzer-prize winning columnist, Kathleen Parker, expressed her deep concern about his legitimacy as a presidential contender, arguing that Perry and those who agree with him about origins “should be a signal that we are slip-sliding toward governance by emotion rather than reason.”2

Through the November 2012 elections, anticipate more such probes.