The “Eyes” Have It

Why One of Darwin’s Key Arguments Doesn’t Work

Darwin suggested that if a graded series of organisms, each with some sort of eye, can be found then this would mean that the eyes could have been produced by natural selection. 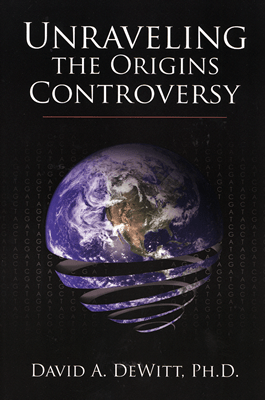 In Unraveling the Origins Controversy, Dr. David A. DeWitt, professor at Liberty University, clears up the confusion about creation and evolution by distinguishing fact from interpretation.

“To suppose that the eye, with all its inimitable contrivances for adjusting the focus to different distances, for admitting different amounts of light, and for the correction of spherical and chromatic aberration, could have been formed by natural selection seems, I freely confess, absurd in the highest possible degree. Yet reason tells me that if numerous gradations from a perfect and complex eye to one very imperfect and simple, each grade being useful to its possessor, can be shown to exist; if further, the eye does vary ever so slightly, and the variations be inherited, which is certainly the case; and if variation or modification in the organ be ever useful to an animal under changing conditions of life, then the difficulty of believing that a perfect and complex eye could be formed by natural selection, though insuperable by our imagination, can hardly be considered real.”
—Charles Darwin

Darwin suggested, and his followers have complied, that if a graded series of organisms, each with some sort of eye, can be found then this would mean that the eyes could have been produced by natural selection. This turns out to be a very good trick.

The reason that Darwin’s argument is a trick is because it really uses circular reasoning. Let’s say that such a graded series of organisms with increasingly complex eyes can be found in nature. One can only conclude that the eye was produced by natural selection if you start by assuming that all of the organisms share common ancestors. In other words, you must assume that evolution is true. Now, the fact is that such a graded series of organisms is found in nature from a single-celled euglena on up to a human eye. Setting up such a series does not explain how the human eye came to be. All it shows is that there are different organisms with different types of eyes in the world. Nonetheless, modern followers of Darwin still claim that all of this is evidence for evolution.

Evolutionists often leave out the key ingredient necessary to account for an increase in complexity: information. For example, scientists had supposedly addressed a major criticism that creationists level against evolution—the absence of a genetic mechanism that would significantly alter the body plan of animals. The research of McGinnis and colleagues1 seemed to suggest that a mutation in a particular Hox gene was sufficient to suppress the development of legs. This mutation was believed to be responsible for the conversion of shrimp-like creatures with many legs into insect-like creatures with only six legs.

However, this is really just a straw-man argument because creationists do not claim that mutations cannot alter the body plan. Rather, they claim that mutations do not lead to an increase in information. Indeed, reducing the number of legs may alter the body plan, but it does not explain the origin of legs in the first place. Nor does it explain where the genetic information to produce wings came from.

Darwin suggested that natural selection could account for the development of the human eye if it proceeded from simpler and less perfect eyes through a series of numerous successive slight modifications. Some organisms such as planaria (left) have simple eyespots. A fish eye (center) is more complex, but not to the extent of the human eye.

However, nearly anything can be put in an order such as bicycle, motorbike, car, jet, and space shuttle. Lining up objects or organisms does not explain how they came to be. It also does not demonstrate that natural selection is responsible for the change.