For all the headlines and proclamations, this “missing link” story includes an amazing amount of hot air.

A story we first previewed on May 16 has since rocketed to the heights of media hype as a team of scientists reveals “Ida,” the latest and greatest supposed missing link. But does Ida actually support “the evolution of early primates, and, ultimately, modern human beings,” as one news outlet reported?1

Another reporter raved, “The search for a direct connection between humans and the rest of the animal kingdom has taken 200 years—but it was presented to the world today at a special news conference in New York.”2

Formally identified as Darwinius masillae (in honor of Charles Darwin), the fossil originated in Germany and is purportedly 47 million years old. One scientist gave the find the nickname Ida (after his daughter). 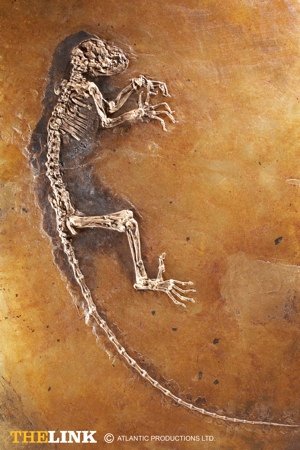 Despite the hype, Ida looks nothing like a transitional “apeman,” instead looking quite like a modern lemur.

As for a more level-headed explanation of the evolutionary excitement, the Wall Street Journal reports:

Based on previously limited fossil evidence, one big debate had been whether the tarsidae or adapidae group gave rise to monkeys, apes, and humans. The latest discovery bolsters the less common position that our ancient ape-like ancestor was an adapid, the believed precursor of lemurs.

Thus, rather than an apeman-like missing link that some media sources have irresponsibly implied, the real story is quite underwhelming and should in no way faze creationists. Let’s first review the facts:

Haven’t heard the real story of this supposed scientific breakthrough? Read the criticisms other evolutionists have made of the “missing link” claims and the science behind them.

Given these facts, it may seem incredible that anyone would hail this find as a “missing link.” Yet British naturalist David Attenborough claims:

“Now people can say, ‘Okay, you say we’re primates . . . show us the link.’ The link, they would have said until now, is missing. Well, it is no longer missing.”

Unbelievably, Attenborough claims his interpretation is “not a question of imagination.”

The principles that inform creationists about Ida are some of the same that allow creationists to interpret fossil after fossil hailed as “transitional forms”:

So it’s clear what Ida is not. As for our conclusion on what Ida is, we wrote in News to Note:

[B]ecause the fossil is similar to a modern lemur (a small, tailed, tree-climbing primate), it’s unlikely that creationists need any interpretation of the “missing link” other than that it was a small, tailed, probably tree-climbing, and now extinct primate—from a kind created on Day 6 of Creation Week.

Much of the excitement over Ida appears to stem from a well-coordinated public relations effort to promote an upcoming documentary and a new book titled The Link. The documentary will air on the History Channel in the U.S. (as The Link) on May 25 at 9 p.m. ET/PT. It will air on BBC One in the UK (as Uncovering Our Earliest Ancestor: The Link) on Tuesday May 26th at 9 p.m. Filmmaker Atlantic Productions even launched a website to promote the discovery, revealingthelink.com.

Yet as Hurum commented, “This fossil will probably be pictured in all the textbooks for the next 100 years.” So while the media rush may at first be a bid to promote the documentary and book, the ultimate result is one more trumped-up “missing link” presented to future generations as evidence of evolution.