Tree Squirrels—Method to the Madness

There’s more to a squirrel's mad dash to collect nuts than meets the eye.

Tree squirrels, it seems, live everywhere we live. Whether in the city or country, squirrels amuse us with their acrobatics or annoy us with their destructiveness. From our casual observations we assume these rambunctious rodents are scatterbrained and impulsive—quick-movers, not quick-thinkers.

This especially seems true in the vehicle-avoidance department. When a car appears, they inexplicably dash for the other side of the road—then change their mind and dash back. Their zigzag maneuver, an effort to evade cars, often achieves the opposite result. Street savvy they are not. But road smarts aren’t everything.

In a 2017 publication, UC Berkeley researchers unveiled their discovery that these arboreal athletes possess previously unknown mental powers. Turns out, squirrels can “chunk.” Chunking is a mental ability that enables humans and certain animals to categorize items or data according to some level of similarity. From groceries in the pantry to computer files in subfolders, almost anything can be chunked. Fox squirrels, biologists discovered, chunk their food.

We’ve known for a long time that squirrels are quintessential scatter hoarders. That means much of their food collecting isn’t fast food; it’s future food. And they store loads of it for the winter. Fox squirrels collect a minimum of 3,000–10,000 nuts each season and stash them in places scattered throughout their home range. Thanks to an intricate mental map, they can recall where they hid the nuts (or at least most of them). When squirrels need a meal during the winter, they find a cache, dig it up, and chow down. This skill is impressive considering that we humans often forget where we placed a set of keys in our house.

Caching in on Nut Storage

Although the reasons for the change in cache contents aren’t perfectly clear, it doesn’t appear arbitrary or random. Researchers believe that squirrels employ a more subtle decision-making process. Other factors, such as the nut’s size and energy content or the distance between collection site and cache, influence how the squirrel decides in which cache to deposit a nut. Furthermore, changes in cache composition vary according to habitat type, nut type, nut abundance, and nut distribution.

Although we still don’t exactly know the squirrel’s logical steps for making a cache, clearly these witty critters use some kind of decision tree (a flow chart of sorts) to guide what is stored in each cache. 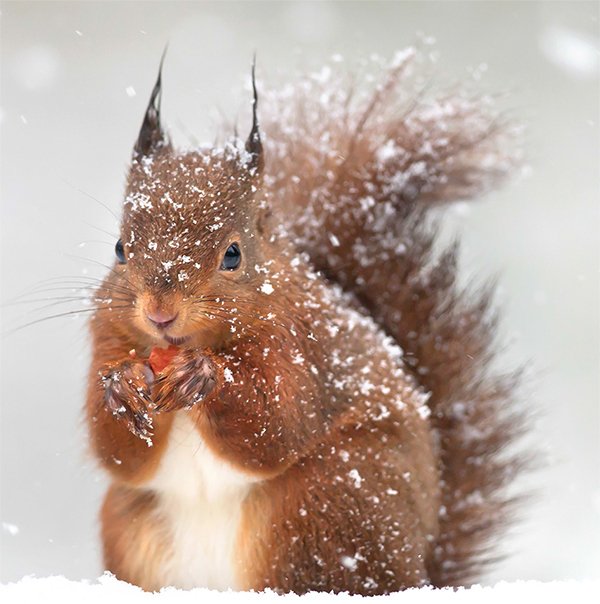 This study of squirrel chunking teaches us several lessons to cache away. First, it reminds us that we can always discover something new. Meticulously observing any kind of creature is worthwhile, even the commonplace creatures in your backyard. Many fascinating marvels lie undiscovered right under our noses. Unfortunately we often don’t bother to look because we figure that everything worth discovering has been discovered. If you cultivate a curiosity about the common, you may see something that the rest of the world overlooked. Psalm 111:2 says, “Great are the works of the Lord, studied by all who delight in them.”

As we study God’s creation, we realize how many layers of complexity are yet to be unveiled. As in the case with these squirrels, when we look deeper at the mundane we find magnificence.

Second, creatures are never as simple as we first perceive them to be. As we study God’s creation, we realize how many layers of complexity are yet to be unveiled. As in the case with these squirrels, when we look deeper at the mundane we find magnificence. Psalm 104:24 says, “O Lord, how manifold are your works! In wisdom have you made them all; the earth is full of your creatures.”

The third lesson flows from the second. By studying the intricacy of creation, we gain wisdom at each discovery. King Solomon was renowned for his God-given wisdom. In fact 1 Kings 4:33–34 records that people came to hear Solomon speak even about plants and animals. How do these topics reveal wisdom? Solomon knew that “in wisdom have you [God] made them all” (Psalm 104:24). Studying God’s creation allows us to study the wisdom of God and apply it to our own designs and skills. This practice makes sense in every creative discipline. To become a better (and wiser) writer, painter, sculptor, architect, or engineer, you study the works of the masters in those fields. God is, of course, the Master of all masters.

Lastly, we learn that God provides for his creatures. He didn’t make squirrels as nut-gathering robots. He made them exceedingly complex, with the mental aptitude to troubleshoot countless new food-gathering challenges in the ever-changing conditions of their habitats.

“These all look to you, to give them their food in due season. When you give it to them, they gather it up; when you open your hand, they are filled with good things” (Psalm 104:27–28). 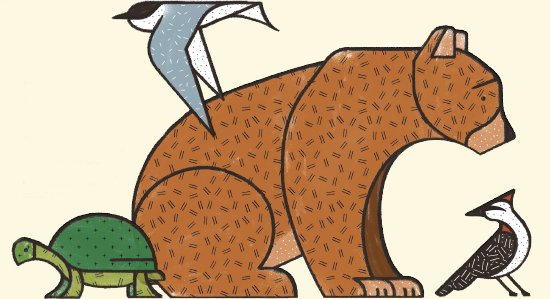 Designed to Deal with Winter

God has equipped animals with a variety of strategies to cope with harsh winter conditions. Each strategy is well suited to the animal using it.

God gave some reptiles and amphibians the ability to make antifreeze within their cells, just in case subfreezing temperatures penetrate their hidey-holes. Because the water outside their cells freezes, much of their body water is frozen solid and their heart literally stops. This amazing ability has been found in box turtles, garter snakes, and wood frogs.

Many birds and monarch butterflies simply escape the brutalities of winter altogether by migrating to warmer climes. Some fly enormous distances. The arctic tern is the record holder, flying an average of 56,000 miles round trip. During migration, certain swifts have remained aloft for 200 days without touching down.

If they cannot find enough food through the winter, some warm-blooded animals hibernate. Mammals, such as bears, bats, hedgehogs, platypuses, and marsupials, prepare by storing away fat on bountiful days. When winter comes, they find a protected place and sink into a state of reduced metabolism so low it’s equivalent to just burning a pilot light. Many cold-blooded animals do something similar to hibernation called brumation, during which activity drops to almost nothing.

Like squirrels, a number of animals stock up on food. Pikas (high-mountain mammals in the rabbit order) pack their underground pantries with vegetation to sustain them through the long, hard winter. Even woodpeckers store food for the winter using standing dead trees as granaries. Woodpeckers drill the trees full of holes and stuff an acorn in each one.