The snow leopard survives in its frigid climate thanks to a collection of cool features.

The chill of winter tends to evoke strong feelings. Some people embrace it joyously, while others avoid it religiously. Those who live in frigid environments, however, have no choice and must adapt. These cultures have specialized attire, food, and even transportation needed in no other climate.

Though we’ve created many tools to help us brave the harsher environments of the world, animals have no such assistance. Yet they continue to survive and thrive thanks to the features the Creator gave them. Consider the snow leopard, which lives exclusively in the mountainous regions of Central Asia. With its unique features, the snow leopard stays warm, travels safely, and sustains itself on what food can be found in its treacherous habitat.

On day six of creation week, God created the cat kind with a suite of designs that we see expressed uniquely today in different members of the cat kind in a variety of climates. The worldwide flood of Genesis 7 didn’t just engulf the globe; it altered geography and global climate, ultimately giving rise to environments like the cold, snowy mountain ranges in Central and South Asia. In a post-fall, post-flood world, the snow leopard has adapted to its frigid habitat thanks to three primary designs that help it maintain its core temperature.

The snow leopard’s thick fur has two layers. The coarser outer layer protects its skin from the elements, while the thicker, soft inner layer traps as much body heat as possible. These layers offer protection similar to wearing thermal underwear beneath your heavy coat.

Though the snow leopard’s ears are extra small, its nasal passages are extra large. Not only does this provide access to additional oxygen, but it also gives inhaled air some time and space to warm up before reaching the lungs. 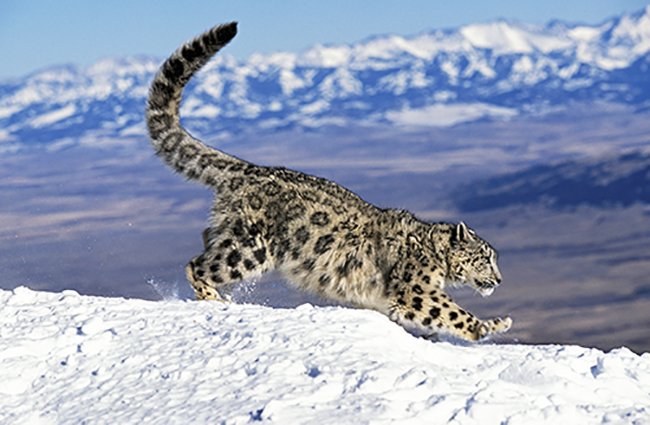 In the mountains of Central Asia, the snow leopard weathers some of the harshest conditions on earth.

Staying warm is all well and good, but it’s useless if you can’t move around and hunt for food. Of course, just like all carnivores, members of the cat kind didn’t become hunters until after the fall (Genesis 3). In his omniscience, God took care to supply the original cat kind with all the tools that different cat species would need to navigate various terrains, so the snow leopard is able to move quickly and skillfully across snowy mountains.

Big, snowshoe-like paws allow the snow leopard to walk on top of snow drifts. Walking across snow is much easier and warmer than walking through it. The snow leopard also grows extra-thick fur around its paws, supplying additional traction (and keeping the toes warm).

A snow leopard’s hind legs are longer and stronger than its front legs. With these, the big cat can leap as far as 50 feet up or down the mountain. Its spotted white fur allows it to blend into the background, offering freedom of movement as it stalks its dinner.

Hunting dinner is only possible when there’s prey to pursue. Harsh mountainous habitats are not exactly overflowing with life, even on the best of days. How is a poor, hungry cat to make a meal last?

The snow leopard has extra energy storage in its tail. Spare fat from dinner is reserved for future, leaner times. The fluffier the tail, the better fed the cat. But the snow leopard has other ways to make the most of a meal, including its choice of preferred prey—the ibex. This goat-like animal is often bigger than the snow leopard hunting it, providing more meat and longer feedings.

Though most predators target weak, sick, or young prey, snow leopards go after the big guys.

An additional bonus of pursuing such large prey is that it can take the leopard three to four days to fully finish eating its food. This means that one hunting session can keep the cat satisfied for a week.

When God created the world, he carefully included beautiful variety. No two corners of the globe or the creatures inhabiting them are exactly the same. This diversity showcases God’s provision for his creation, ensuring life can survive in different habitats.

If God gave such special attention to the animals, imagine how much he cares for people who are made in his image (Genesis 1:27). Isaiah 49:15–16 reminds us, “Yet I [the Lord] will not forget you. Behold, I have engraved you on the palms of my hands.” 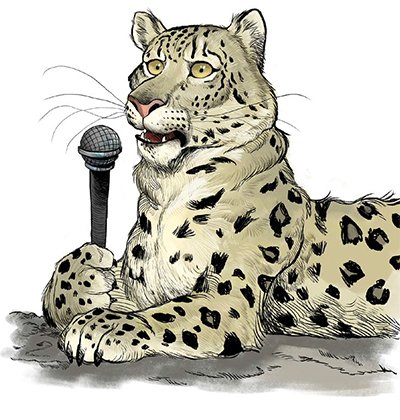 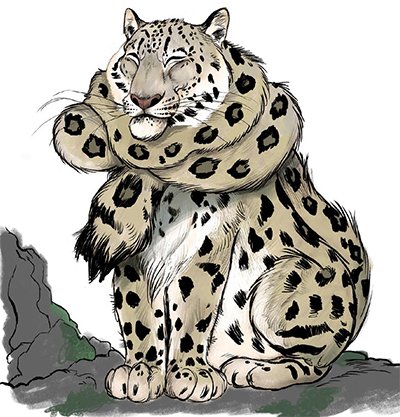 Heather Brinson Bruce earned dual degrees in English and chemistry from Clemson University. She writes for Answers magazine as a freelance author.
Next Article Why Bears Don’t Bench-Press 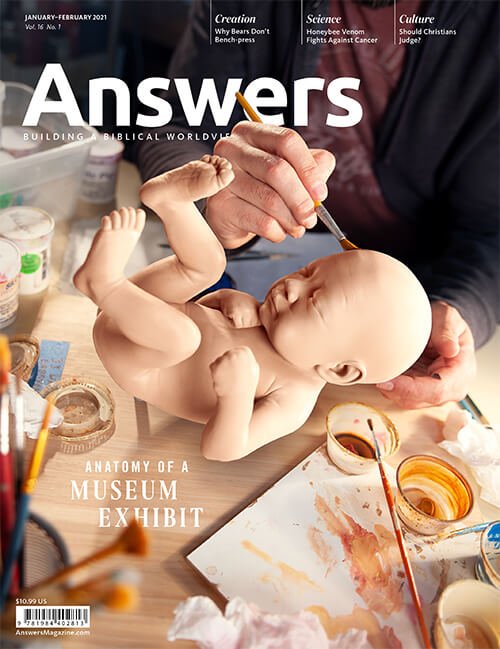 Meet the team of artists and writers behind the world’s most pro-life museum exhibit.