The variety of domestic cats and wild cats like the Sumatran and Siberian tigers display common features, impressive diversity, and God's glory.

People have always been fasciated with cats, including both house cats and tigers.

Whether it’s a fierce tiger basking in the sunshine or a fun-loving tomcat crouched and waiting to play with its owner, one of the most beautiful of God’s creatures is the cat.

They have been revered throughout history. The lion, commonly called the king of beasts, is mentioned many times in Scripture. Jesus Himself is called the Lion of Judah, a metaphorical expression of His greatness, power, and kingship.

Perhaps the most recognizable cat is the lion’s slightly larger cousin, the tiger. Very similar to lions in size and body shape, tigers are easily recognized by their built-in camouflage system: bold brown or black stripes against fur that ranges from light yellowish-orange to almost red, perfect for crouching concealed in tall grass or slinking among the trees. 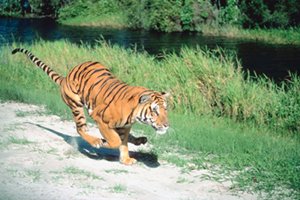 Of the nine sub-species of tiger, three—the Caspian, Balinese, and Javan—are considered extinct, and the remaining six are critically endangered. Estimates put the most numerous of the tigers, the Bengal, at 3,000–5,000 in the wild, primarily in India. This is more than the other four sub-species combined.

Another sub-species, the South Chinese tiger, is considered “functionally extinct,” with as few as 20 still living in the wild.

The Indochinese tiger, with an estimated population of 1,200, makes its home in the Malayan Peninsula.

The Sumatran tiger numbers approximately 500 and is considered by some to be a separate species because of its isolation.

The largest of all wild cats1 is the stunning Siberian tiger. It is believed that there are no more than 400 Siberian tigers in the wild, primarily in eastern Russia. This beautiful cat can grow to 10 feet (3 m) and can weigh more than 600 pounds (272 kg). It also has thicker, longer fur than its southern relatives.

There’s a Tiger on Your Sofa

Despite its massive size, the tiger has a great deal in common with all other cats, including the one curled up asleep on your sofa. The ability to roar (or more technically, the anatomy that makes roaring possible) is the one feature that sets apart big cats—tigers, lions, leopards, jaguars, and snow leopards—from small cats, although not all “small” cats are small. Cats that don’t roar possess the ability to purr, although why and how cats purr remains a mystery. 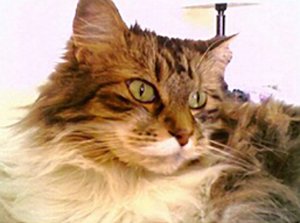 It is very likely that all cats in the world today—from tigers to housecats—are descended from a pair of cats that boarded the Ark with Noah. Amazing variety was manifested after the cats left the Ark and as they spread throughout the new world.

Big or small, roaring or purring, cats possess unique characteristics: they are meticulous groomers, they love to slink, pounce, and play, and they are independent. Their tongues contain tiny Velcro-like barbs, their ears can rotate, and their long whiskers help them find their way through small places.

Like house cats, tigers sleep between 16 and 20 hours a day, and they love to stretch out in the sunshine; like tigers, house cats will hide behind barriers and sneak up on their prey.

The strong similarities among big cats, small cats, and house cats are easily explained by the biblical “kind.” When God created each kind of animal, He placed within them information to produce an amazing variety of offspring. In the past few centuries alone, man has bred hundreds of unusual cats from the same original stock.

It is very likely that all cats in the world today are descended from a pair of cats that boarded the Ark with Noah. Amazing variety was manifested after the cats left the Ark and as they spread throughout the new world.

The fact that different species of cats can interbreed is strong evidence that they belong to the same family, that is, the same biblical kind. Even before the liger (lion father and tiger mother) found its way to the spotlight in popular culture, animal keepers crossed species of cats to create tigons (tiger father and lion mother), leopons (lion and leopard parents, famous in Japan), and pumards (puma father and leopard mother); the bobcat-lynx hybrid is well known in the exotic pet market. Even domestic cats have been bred with wild cat species to create new breeds, such as the Bengal and the Savannah.

Cats, and especially tigers, are perfect killing machines—powerful, silent, camouflaged, with large teeth, retractable claws, and barbed tongues for scraping meat off bones. But did God create tigers to be meat-eating killing machines?

We know from Scripture that the original cat kind was vegetarian (Genesis 1:29). It is possible that their sharp teeth and powerful jaws allowed them to eat

Tigers, like other animals, are magnificently designed to survive, even in a fallen world of bloodshed and death.

certain kinds of tough plants. Retractable claws are useful for a number of purposes besides stalking and killing—for example, tigers mark their territory with their front claws. And those wonderful barbed tongues are just the thing for an animal that is particular about its grooming. Nevertheless, it is possible that some of the cat’s specialized features, such as markings on its fur, were manifested after God’s curse upon the earth.

Tigers, like other animals, are magnificently designed to survive, even in a fallen world of bloodshed and death. Powerful and beautiful, they remain one of God’s most fascinating creatures.

HABITAT: Siberia and the jungles of India, southern China, Malay Peninsula, and Sumatra 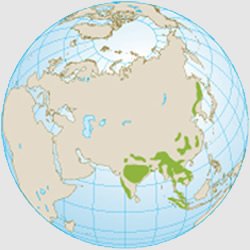