Marsupial Fingerprints: These Hands Were Made for Gripping

The amazing design of fingerprints helps us get a good grasp on God’s Word. 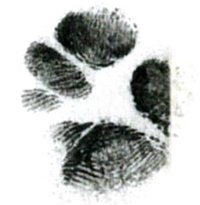 The sugar glider’s fingerprints have unique patterns and friction ridge skin to help this small marsupial navigate its arboreal environment.

When I was a little girl, my father introduced me to the science of dactyloscopy—the study of fingerprints. My fascination for fingerprints only grew throughout my life, leading me to work as a fingerprint examiner in a crime scene unit and teach high school students about forensic science. Today, I am still amazed by God’s intricate design. Fingerprints are a perfect reminder of Psalm 139:14, which declares, “I praise you, for I am fearfully and wonderfully made.” Even the pattern on your little finger is evidence of a loving and creative God.

Fingerprints are formed by the patterns created in friction ridge skin found on two distinct areas of your body: the entire surface of your hands and the soles of your feet. Just like the adjective friction describes, this unique feature provides grip and traction, helping our hands and feet easily grasp surfaces such as a pencil or pool ladder.

The patterns in our friction ridge skin develop in utero between 10 and 16 weeks, taking on one of three pattern types: arch, loop, or whorl. God created every individual with 20 unique fingerprint patterns, including the 10 patterns on your fingers and the 10 patterns on your toes. These patterns will remain unchanged for your lifetime and will stay with you until after death when your body fully decomposes beyond the dermal layer of your skin.

With only three types of fingerprint patterns, what makes every individual unique? These patterns are distinguished by tiny details called minutiae. Just one fingerprint has over 150 minutiae characteristics. If we considered the entire surface of friction ridge skin on the hands and feet, every person has over 10,000 unique minutiae characteristics unlike anyone else in the world who lived in the past, is alive in the present, or will be born in the future.

Nonslip Surface for a Purpose

Humans are not the only living thing that God created with unique fingerprints and friction ridge skin. He also gave certain animal kinds—primates, some marsupials, and certain weasels—friction ridge skin to help them thrive in their environments. This helpful trait points to our intelligent Creator God who made everything for a purpose (Proverbs 16:4). Think about it: Would marsupials such as sugar gliders or koalas benefit from the nonslip surface provided by friction ridge skin? Do they climb and grasp food? Yes, and God not only equipped them with this feature but also gave them unique identity in their print patterns.

Similar to humans, some marsupials have fingerprints unique to each individual animal. For example, sugar gliders are social squirrel-sized creatures that are mostly nocturnal and known for—as their name suggests— gliding through the air. They can glide a distance nearly equal to the width of a football field. With friction ridge skin and five toes on each foot, including an opposable toe on their hind feet, they are able to navigate their arboreal environment. At the Ark Encounter’s Ararat Ridge Zoo, staff and I recently had the opportunity to fingerprint Gabriel, a sugar glider, and verified that he does have friction skin and fingerprint patterns.

Designed for a Purpose

God varied friction ridge skin among marsupials according to their needs. For example, the tree kangaroo has friction ridge skin for traction as it climbs and jumps among trees. Its relative, the terrestrial kangaroo, which lives on land, doesn’t need this feature.

In his infinite wisdom, God varied skin texture among marsupials according to their needs. For example, the tree kangaroo and rock wallaby have friction skin and fingerprint patterns, but their relatives do not. The tree kangaroo lives in the tropical rainforests of New Guinea and spends much of its life climbing and jumping among trees, as opposed to terrestrial kangaroos inhabiting mainland Australia.

At the Ararat Ridge Zoo, staff and I printed kangaroos and confirmed they have textured skin, but lack friction ridge detail.

Though they don’t dwell in an arboreal environment like tree kangaroos, rock wallabies still greatly benefit from friction ridge skin. In their rocky terrain, they must navigate loose piles of rock, large boulders, and cliffs with ledges and caves. A nonslip grip is very important for them too.

God knew that certain marsupials, such as the sugar glider, tree kangaroo, and rock wallaby, would require a nonslip grip, just as he knew humans would need this feature.

I visited the Eden Animal Experience at the Creation Museum to investigate the difference between rock wallabies and Bennett’s wallabies, a species native to the eastern coast of Australia. Zoo staff assisted me, and we confirmed that Bennett’s wallabies do not have friction ridge skin or fingerprint patterns. As we saw in the kangaroos, the Bennett’s wallaby is a terrestrial animal and may not require the nonslip friction skin that benefits the rock wallaby.

God knew that humans and certain animals would require a friction, nonslip surface to survive in their environments. God also loves his creation so much that he gave each human and animal with friction skin a unique identity in their pattern. When we examine fingerprints from a biblical worldview, we see that friction skin and unique fingerprint patterns align with the truth in God’s Word. Proverbs 16:4 tells us that God created everything for a purpose, and Romans 1:20 reminds us that creation is evidence of our Creator. These truths are evident in the unique design of friction ridge skin that humans and some animals need. The love and care of our Creator is evident, even on the surface of your little finger.

Dr. Jennifer Hall Rivera (EdD) is a forensic science educator, speaker, and education content administrator at Answers in Genesis. She has worked as a fingerprint examiner and a forensics instructor. Jennifer has been published in the Journal of Forensic Identification.