Many of us remember enjoying coloring books and can recall the connect-the-dot pictures. Looking back from an adult standpoint at what seemed like a fun activity as a kid, now I see an exercise that teaches a child in multiple ways. Having to identify the number one dot and use fine motor skills to draw the line from dot one to dot two and so on, you would continue drawing lines until you got to the last dot. This taught counting as well, but it was also an act of faith.

As a child you believed that if you followed the numbers to connect all the dots you would be given a complete picture to color once you were done. This is not so different from scientific investigation as a creation scientist. The dots of our coloring page are now the data that we see as we do research. We know from God’s Word, the Bible, that God has perfect knowledge of the whole universe. When King David wrote in the book of Psalms, “When I observe Your heavens, the work of Your fingers, the moon and the stars, which You set in place” (Psalm 8:3, HCSB) he recognized that this world was purposefully designed and that there was an original “ordered picture.” Genesis 1 tells us how God created the planet in a specific order to prepare it to be inhabited by his final unique creation of man. The Bible then tells us that all of creation was affected by the fall of man, when Adam and Eve disobeyed God and ate the fruit from the tree of knowledge of good and evil (Genesis 3:17–19; Romans 8:19–22). Despite the detrimental, destructive effect on creation, the Bible consistently reminds us of the order we can see even to this day. In Job chapters 38-41, God reminds Job that he created this world, knows how it runs, and continues to play an active role.

On the other hand, evolutionists believe all things came about by random chance. In a manner of speaking, they believe that any dot has just as much chance to be connected to any other dot and they hope it leads to a pattern. Creation scientists have the reverse ideology knowing that God has created a pattern, so they work to figure out how those dots fit the pattern. A good example of this is the study of baraminology or created kinds. Genesis 1 tells us that all the different organisms were created after their own kinds. This tells us that there will be commonalities between organisms within a kind, and those similarities can help us better understand that grouping of organisms. Both creation scientists and evolutionists have to redraw lines in their connect-the-dot picture as new information and discoveries are made. The difference typically lies in the overarching assumptions that govern the interpretation of that information. This is the case when evolutionists start comparing large aquatic and terrestrial mammals, namely whales, manatees, and elephants. The ScienceBlogs website points out that intra-abdominal testicles, a characteristic that is shared between aquatic mammals and elephants, show an evolutionary connection, namely that elephants may have evolved from a common ancestor of manatees or whales.

Getting Back to the Basics

How do creationists respond when faced with a statement like this? First, it is important to understand some general background information. In this case, intra-abdominal testicles are uncommon in mammals. Testicles are the main male reproductive organ in mammals. They produce sperm that will carry half of the individual’s DNA into the female to fertilize the egg, adding to her half of the DNA to create an individual with a complete set of DNA. These organs normally develop during gestation near the kidneys and then are drawn down into the scrotum (a sac outside the main part of the body) prior to or soon after birth. In people and many animals (for example, the dog), persistence of intra-abdominal testicles is a pathologic or disease process. This condition is referred to as cryptorchidism, and doctors usually recommend removing persistently undescended testicles before they cause problems down the road. The location of most mammalian testicles outside the body is a great design. The core body temperature of most land mammals is higher than the temperature at which sperm cells thrive. People and animals with persistently undescended testicles may have decreased fertility and be more prone to testicular cancer. Aquatic mammals, such as whales and manatees, as well as elephants, sloths, and a few other land animals, have testicles that remain in the abdomen their whole life. This has been confirmed using both diagnostic ultrasound as well as by necropsy findings after animals have died. Nevertheless, elephants and sloths and those few other mammals with intra-abdominal testicles are alive and well on planet earth.1 Despite being different from other mammals, they function quite nicely with intra-abdominal testicles.

This is where things get interesting. Marine mammals and elephants may share the trait of intra-abdominal testicles, but how those testicles work in each one is very different.

Elephants are able to have intra-abdominal testicles because their core body temperature is actually lower than that of other mammals. Humans, for example, have a core body temperature of 37° Celsius (98.6° F), but elephants core body temperature is 34–36° Celsius.2 This is the regular temperature of testicles in animals with scrotums. No other mechanisms are needed to help an elephant keep its testicles at this temperature. Aquatic mammals, on the other hand, have two extreme environments that they must protect the testicles from. On one extreme they must protect them from the changing temperatures of the water around them according to the changing seasons and changing depths of the water in which they swim. Some, like the manatees who live in shallow waters, do not live in as extreme environments but are more affected by season, and whales can see changes in temperature just from the depth of their dives. These temperatures are consistently lower than what is needed.

Aquatic mammals were created to conserve their body heat from cold waters. Using their blubber as an insulation layer, they keep most of their body heat in their body rather than losing it to the environment like land animals do. Marine mammals balance these two extremes by using an intricate web of veins and arteries to create a system of counter current heat exchangers. Blood that is being pumped from the heart is going to be too warm for the testicles. Blood coming back in the veins, from the skin is going to be too cold. By having these two different blood flows pass by each other around the testicles, it provides a perfect temperature to keep the sperm alive and allow the testicles to work optimally.3 At this time the literature indicates that scientists have not been able to verify this in manatees as there seems to be a lack of this countercurrent exchange, so the mechanism of how the manatees control the testicular temperature is yet unknown.

Appreciating What We Do Not Know

These groups of animals are extremely hard to work with and gather accurate data from. The information we have today was gleaned from over 50 years of researchers’ hard work. These animals have to be either trained to receive physical examination or must be sedated to get some of this information. Other information has been collected from animals that have died. Both creationists and evolutionists still have many questions regarding how these massive creatures function. 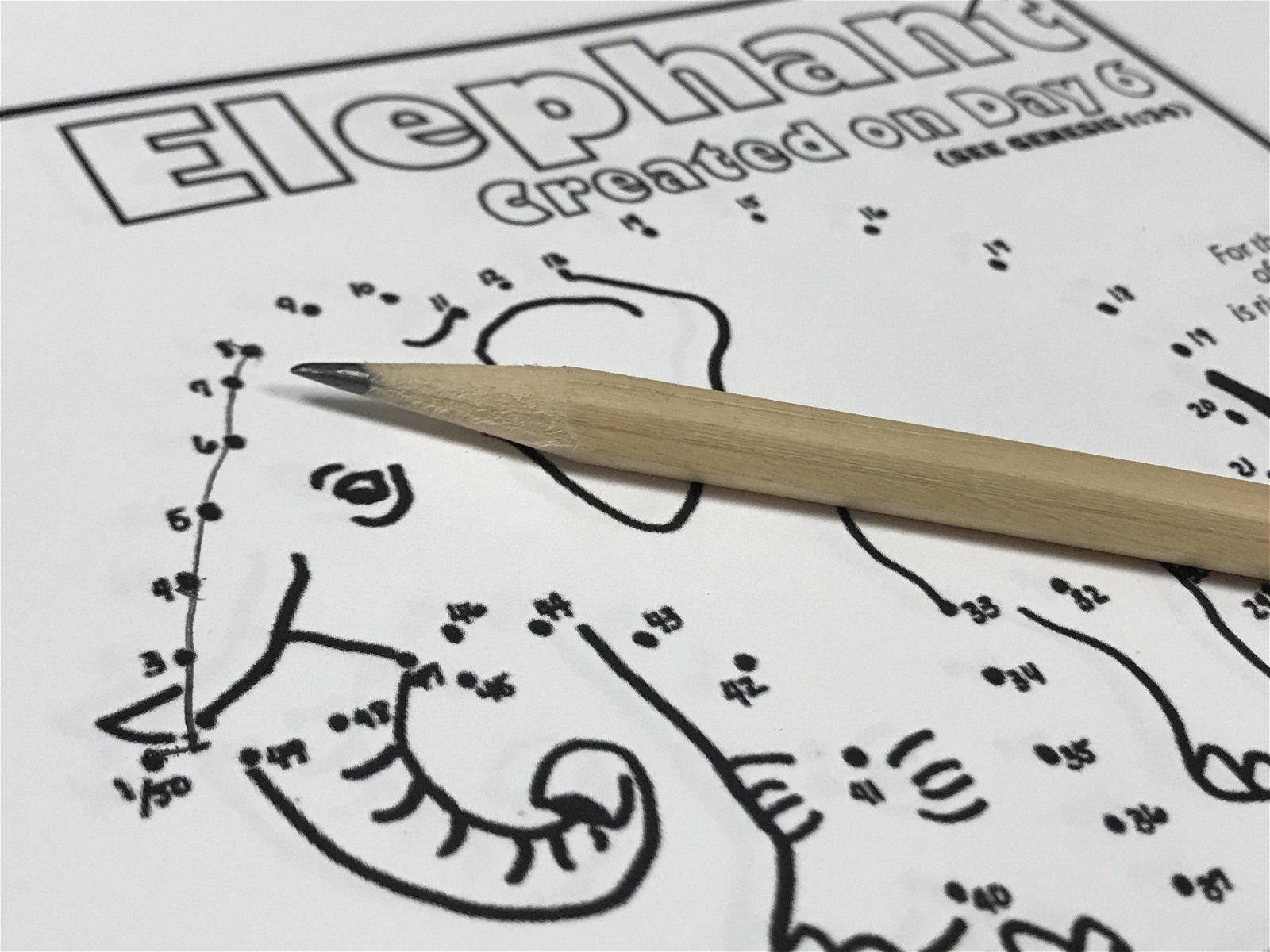 Considering the information we have, let us look at the claim that elephants and marine mammals are from a common evolutionary ancestor. The information shows us that these animals do have a common unique feature differing from the rest of the mammalian world. We also see that this unique feature is made possible by two very different processes. Traditionally students of evolution are taught that life started in the water and then migrated to land. The whale is then believed to have gone from the land back into the water. This new hypothesis of elephants being linked to marine mammals would indicate that evolutionists thought these creatures came back out of the water. Historically, whales at the time of Darwin were believed to have evolved from the brown bear because they shared similar teeth. Several other ideas were put out over the years, but when the ankle bone of a presumed ancestral whale was deemed identical to that of a hippopotamus, evolutionists determined that they shared a common ancestor.4

Over the years marine mammals have been linked to brown bears, hippopotamuses, and now elephants. If each one of these were dots on our coloring page, we would see lines erased and redrawn to very different dots only to see them erased and redrawn to yet other dots. Yes, these animals share certain traits, but what makes that one trait “the trait” to define a common connection between these animals? In the past it was teeth, now it is testicles, tomorrow it could be something completely different. God has created an ordered world. We know that he has created things in an intelligent, purposeful way, using common designs for equivalent functions. Simply put, these mammals, like all mammals, need to keep their testes in a particular temperature range, and their design, regardless of their environment, allows this. This same precision found in whales and elephants is true for you and me. God has created us each for a purpose. None of us are here by random chance. He has given us a role to fulfill in his creation. He knows your dot, and he sees how it connects in the beautiful portrait of his creation.