A new genetic study has revealed that many modern humans have Neanderthal ancestry.

The study, published in the journal Science, compared the Neanderthal genome to the genes of five humans alive today. The comparison revealed that in some individuals, up to 4% of the total genome was of Neanderthal origin.

The scientists were led by Svante Paabo of the Max Planck Institute for Evolutionary Anthropology, who was involved in the original sequencing of the Neanderthal genome (which we reported on last October). “[Neanderthals] are not totally extinct,” Paabo said. “In some of us they live on, a little bit.”

University of Wisconsin–Madison anthropologist John Hawks added, “They’re us. We’re them.” Hawks also noted that he was “surprised” at the extent of Neanderthal contributions to the modern human genome.

Still, Washington University in St. Louis anthropologist Erik Trinkhaus claimed the study may have underrepresented the extent of Neanderthal DNA in modern humans. “One to 4 percent is truly a minimum. But is it 10 percent? Twenty percent?”*

Paabo’s team also discovered that modern African populations seem to lack Neanderthal genetic elements, while individuals from regions not typically associated with Neanderthals—China and Papua New Guinea—had Neanderthal DNA. The evolutionary scientists interpret this in light of “Out of Africa” theory, the belief that humans evolved in Africa before migrating worldwide. The team speculates that Neanderthals evolved separately from modern humans but later interbred with the humans who left Africa. 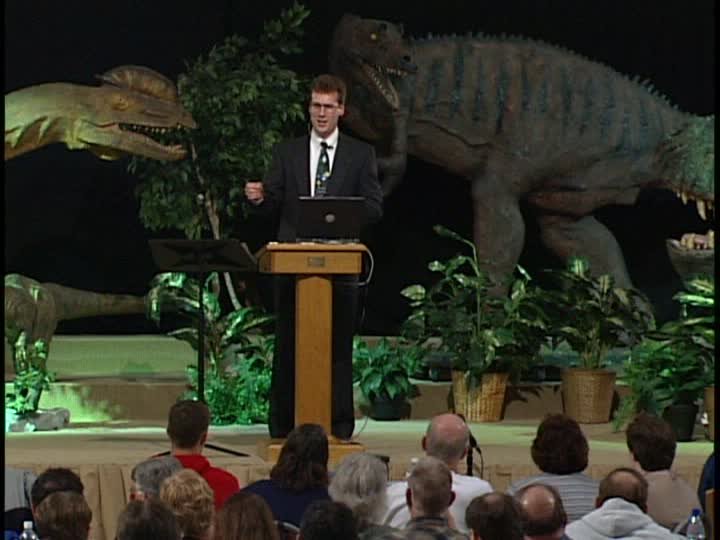 Dr. David DeWitt of Liberty University presents a biblically based approach to the question of human and Neanderthal genetic overlap in “Did Neanderthals and Modern Humans Share a Common Gene Pool?”

The news doesn’t surprise young-earth creationists, who predicted overlap between modern human and Neanderthal genomes. Based on Scripture, creationists consider Neanderthals to have been fully human, descendants of Adam and Eve (through Noah), and therefore they would have lived in the same time and place as other humans. But factors related to both the dispersion at Babel and environmental pressures afterward resulted in people groups with different physical characteristics, including humans with “Neanderthal” characteristics.

Liberty University cell biologist (and creationist) David DeWitt called the research an “amazing feat” of science that supports creationist expectations. “Finding Neanderthal DNA in humans was not expected by evolutionists, but it was predicted from a creation standpoint because we have said all along that Neanderthals were fully human: descendants of Adam and Eve, just like us,” he told News to Note.

DeWitt also pointed to research on mitochondrial DNA several years earlier that had boldly claimed that Neanderthals were not our ancestors, based on the genetic results at that time. “We really have to be careful with scientific conclusions and data,” DeWitt explained. “Now, with a more thorough analysis, we have the exact opposite conclusions.”

Neanderthals were part of the one blood of humankind.

While Neanderthals remain something of a mystery even to creationists, the new research reminds us of the reality of what the Bible teaches: Neanderthals were neither ape-men nor inferior to other humans. Rather, as with all humans, Neanderthals were part of the one blood of humankind (Acts 17:26), and therefore carried the image of God (Genesis 1:27).