Getting Close to Gross

“Yuck!” Several disgusting things on our body elicit this response. But if you were to look a little closer (hypothetically anyway), you would find—even in the grosser things—clear reminders of God’s wise providence.

If you want to keep thinking of earwax as gross, then you may not want to read further. In fact, it may ruin your perception of mucus, eye gunk, and sweat as well. Just giving you fair warning. For those of you still here, we’re going to take a journey—getting close to gross—to see why God designed some less-than-seemly parts of our bodies the way He did. Many aspects of our physiology (our body parts and bodily processes) have a bad reputation. We’d rather be rid of the embarrassments than consider how amazing they are. When we sneeze or have to blow our noses or peel off sweaty clothing, we’re more interested in “fixing” the problems than considering what’s behind the annoyance. But when we examine closely, we’ll find that God definitely knew what He was doing. Even in our fallen world, gross isn’t necessarily a curse. Gross can be pretty great. So, to get us started, travel with me to the sticky confines of your ear canal.

The Scourge of the Ears

God originally created the genetic variety for a multitude of ear types: stick-outs, low lobes, no lobes, curved-at-the-toppers, teensy-weensies, and radar dishes. But all ears have many things in common, including what happens on the inside. Inside the dark canal lurks something that strikes fear—or at least self-consciousness—in people of all ear types. Millions of cotton swabs have ill-advisedly been destroyed in an attempt to scrape out this aural nemesis. 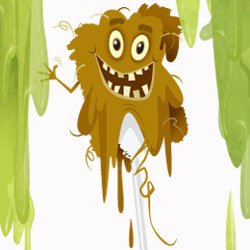 What is this scourge? Cerumen (suh-ROO-mun)—but you probably know it as earwax.

A name change, in fact, might be good for this gooey substance’s PR, but there’s more to earwax than the sound of its name. Before you flush your cerumen away next time, consider the benefits.

God placed special glands in your outer ear canal to constantly produce earwax, which, in turn, keeps your ears moisturized. Without the wax, they’d be dry, itchy, and flaky.

Cerumen also helps capture and clean out the really gross stuff—the dirt and infecting germs—inside your ears. A conveyor belt of skin cells then boots the wax to the outside orifice, where it gets herded out along with the waste products it has collected.

This amazing substance even possesses antibacterial properties to maintain that pep in your step. (You can’t buy that on TV.)

If you think your ears need help kicking the wax out, they usually don’t. Every time you chew, the movement of your jaw does the work for you. Instead of reaching for the swab (which can actually cram the earwax into your ear and could damage your hearing), grab some gum and freshen your breath while cleaning your ears the natural way.

Move with me now from your ears to your nose, and there you’ll find another biological miracle that’s nothing to sneeze at. But it is something to be sneezed out. 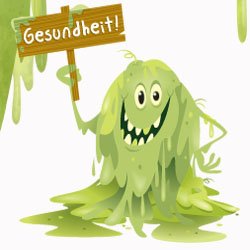 Cold and allergy sufferers may sniff at this, but the chemical properties of that water-based substance in your nose and respiratory system far surpass anything that humans can create. Yes, that icky stuff is amazing—really. You see, mucus contains a mix of proteins, carbohydrates, salts, and various specialized cells that, in essence, blows away most medicines. Stuffed inside your nasal mucus (or phlegm when it’s found anywhere else in your respiratory system) are proteins that do an amazing job wiping out the pathogens that try to wipe you out.

Mucous membranes produce this concoction to trap dust and other potential somatic invaders—a process that happens in many places on your body. However, you probably notice most when the sticky substance corners them in your nose. Because these intruders need to be expelled, your body gets them out in three main ways: blown out on tissue paper, a cough, or around 100 miles per hour (161 km/h) during a sneeze.

Unfortunately, when you’re sick, much more needs to get out, and that’s part of the reason why mucus can turn yellow or green. When pathogens (usually bacteria and viruses) sneak into the body, white blood cells called neutrophils (NEW-tra-fils) slide into action and attempt to engulf the invaders while releasing a potent chemical cocktail that ultimately destroys even the neutrophils. The chemicals in this assault lend color to what comes out. In other words, your mucus—whether you’re sick or healthy—shows that your body is fighting for you in some spectacular ways.

So, now that we’ve cleared that up, let’s shift our focus to the eyes.

The Eyes Have It

Eye crud. Goop. Sleepers. Gunk. Whatever you call it, you undoubtedly know this menace. You wake up, stretch, and then find an unwanted passenger in the corners of your eyes—sometimes gummy, sometimes crusty, always frustrating. In fact, no matter what you do before sleeping, the gunk keeps making unwanted appearances in the morning. 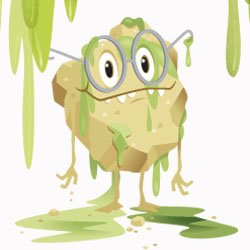 But there’s more to this matinal muck than meets the—well—eye.

During the day, you do something around 20,000 times on average, probably without thinking about it. (In fact, you probably just did.) Since our eyes need to be constantly moisturized and cleansed, we blink about every five to ten seconds—sort of like a built-in car wash for our corneas.

As long as you’re blinking, you probably won’t get crusties. So, don’t sleep, and problem solved. But for the rest of us, when we sleep, the eye-blink car wash stops, and dust, oil, tears, and sweat accumulate near the fleshy bump in the corner of our eyes (called the lacrimal caruncle). This goopy mess often dries by morning into a crusty solid.

This common nuisance means your eyes stay clean while you sleep. So, don’t sweat it . . . or maybe you should. 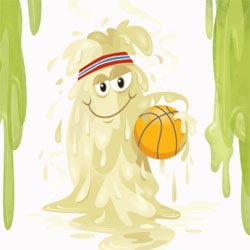 Thomas Edison left behind more than his inventions; he left a well-known quote that inspires us to perspiration. “Genius is one percent inspiration and ninety-nine percent perspiration.” Although he probably didn’t mean to focus on the sweat itself, his words point to this much maligned bodily function. Why? Because it stinks—but be careful where you lay the blame.

Your body likes to churn along at around 98.6ºF (37ºC). If it’s too cold, your pores perk up to keep the heat in. Too hot, and your sweat glands kick into action. Sweat—made from water, ammonia, urea, salts, and sugars—evaporates and takes the heat with it. For that, you should be grateful.

On the down side, bacteria living on your skin and your own hormones mix with perspiration to create a malodorous concoction. Contrary to what you might expect, the problem is not the number of sweat glands in your armpits but the fact that evaporation occurs more slowly there.

A Gross of Goodness

We cannot say to earwax or sweat that we have no need of them—because they’re quite nice to have. Some parts of our bodies may seem “gross,” but they should really remind us of the God who thought of everything. After all, a little stink or ickiness means keeping us healthier—and cooler—so that we all can experience clear evidence of our Creator’s providence, even in a fallen world.