Brain Convolutions in Mice and Men

Evolutionists try explaining the formation of human brain convolutions and suggest how the human brain evolved from apelike ancestors—using mice.

Brain convolutions are controlled by the same gene in mice and humans.

Human brains have the space to accommodate and process a great deal more information than the brains of animals because of the myriads of folds—called convolutions or gyrations—that increase the surface area of the cerebral cortex. The cerebral cortex is the part of the brain responsible for cognitive functions, and experts believe the marked folding of the human cerebral cortex is what makes complex thinking possible. The brain is also folded in some mammalian animals but to a lesser degree than in humans. A study published in Cell reports that a protein produced in both mice and humans influences this process of gyrification (folding).1 Researchers believe their discovery could help explain the evolution of the human brain.

Specific regions of the brain are associated with particular functions in both humans and animals. “Evolution of the mammalian brain encompassed a remarkable increase in size of the cerebral cortex,” the researchers write. “During mammalian evolution, brain regions were dynamically adapted by selective growth and expansion with a high degree of specificity. An impressive example is the expansion of the mammalian neocortex resulting in profound gyrification to accommodate an enormous increase in neuronal cell numbers.” They add, “However, the mechanisms regulating evolutionary changes in size of specific brain regions still remain poorly understood.”2 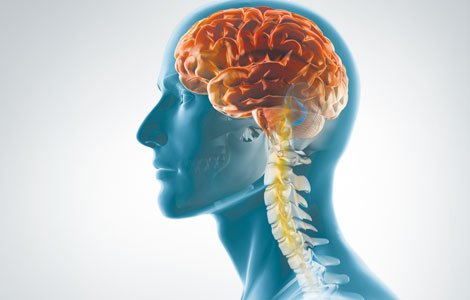 The highly convoluted human cerebral cortex has a massive surface area that allows space for many neurons and a web of complex neuronal connections. Mammalian animals have smoother brains. Evolutionists trying to explain what causes these convolutions to form in a developing human fetus believe their discovery can also explain how the complex human brain evolved from apelike ancestors.

“The mechanisms that control the expansion and folding of the brain during fetal development have so far been mysterious,” says Professor Magdalena Götz of the Institute for Stem Cell Research at the Helmholtz Center Munich. While the folding pattern in normal human brains is quite consistent and related to the way information is stored and organized, the gyrations don’t appear until about the sixth month of gestation. Prior to that time, the human fetal brain, like the brain of a developing mouse, is fairly smooth. Further development of the human brain involves an increase in the number of neurons and a subsequent increase in the structural cells and folding.

Last year lead author Ronny Stahl and Götz found that a protein called Trnp1, produced by a gene of the same name, regulates the formation of brain convolutions in both humans and mice. “Trnp1 is critical for the expansion and folding of the cerebral cortex, and its expression level is dynamically controlled during development,” Götz explains. When Trnp1 protein levels are high, neurons proliferate. And when the Trnp1 levels drop, the structural (glial) cells proliferate and the developing cerebral cortex folds in a complex and reproducibly consistent way.

By examining existing pathology samples of human fetal neural tissue from 8–9-week and 17–18-week gestation, Götz’s team has now found that Trnp1 levels are already lower in the regions where folds are normally destined to form and high in other areas. Thus, many weeks before human fetal brains fold, coauthor Victor Borrell explains, the “instruction for something to occur” is already present laying the roadmap of the baby’s brain.

To test the regulatory power of Trnp1 on brain development, the team suppressed the expression of the Trnp1 gene in mouse embryos. Mice normally have smooth brains. But the mice with depressed levels of Trnp1 developed gyrations similar to those seen in humans. Thus, the team writes, “Beyond its molecular functions, manipulating Trnp1 levels in vivo resulted in dramatic alterations in mouse cerebral cortex development, culminating in gyrus formation in the brain of this naturally lissencephalic [smooth-brained] animal.”3

Borrell says that there is a popular misconception that “dumber species will have different genes,” now disproven because mice and human share a gene that regulates at least this aspect of normal brain development. Besides their hope that the discovery will lead to practical applications in the treatment of neurological disorders involving cortical development, Götz’s team believes that their discovery sheds light on the evolution of the human brain.

As with previous studies in which animals and humans are found to share various genes, we need to remember that such similarities between different kinds of living things do not demonstrate an evolutionary connection between them. Common designs—whether similarities in basic body shape, anatomical features, biochemical pathways, or genes—are exactly what we would expect from a common Designer who designed us all to live in the same world.

Furthermore, the controls for up-regulation and down-regulation of genes like Trnp1 are as much a part of the genomic information of mice and humans as the protein-coding genes themselves. Evolutionary biologists have still not demonstrated any way for the information to become a new and more complex kind of organism to randomly develop.