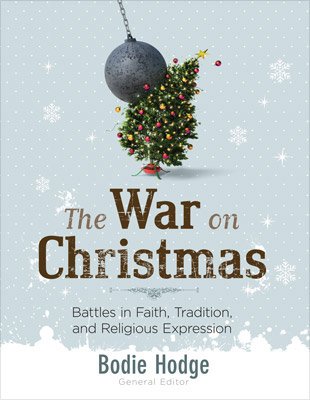 Celebrate ChristmasTime at the Ark Encounter during this free holiday exclusive event!

Experience the wonder that surrounded the Savior’s birth at this free Christmas event!

When December hits, many familiar questions surrounding the birth of Christ come to mind. For example, some ask about making Christmas sermons relevant, the origin of Christmas and if it was pagan, the star of Bethlehem, the “inn” where Jesus was born, and many others. Of course, these are important topics, but it is also important to understand the timeline of events surrounding the birth of Jesus.

The Christmas timeline of the biblical account is called into question by many skeptics. They claim the nativity accounts of Matthew and Luke do not line up, and therefore the accounts should be discarded. Sometimes they go so far as to say that few are even aware of the issues with the Christmas timeline.

But is this really a problem? When we take a closer look, this claim is simply reduced to dust. The following is a plausible Christmas timeline that makes sense and works well with the information given in the Bible,1 and it has stood up to charges of twisting the text or overlooking key verses.

Circa 4 BC: the Birth of Jesus

At Least 41 Days After the Birth of Jesus

Soon After the 41st Day

Maybe Within the Year

Herod and the Flight to Egypt

The Christmas timeline of the biblical account makes sense when Luke and Matthew are carefully analyzed. Any alleged contradiction of the timeline at the time of Jesus Christ’s birth simply vanishes in light of the chronology given. When it comes to the Bible, it can be trusted. Sometimes we just need to take some time to carefully study God’s Word.

Previous Article Are the Symbols and Customs of Easter of Pagan Origin? Next Article 4 Misconceptions About Christmas