In many mountainous areas, rock layers thousands of feet thick have been bent and folded without fracturing. How can that happen if they were laid down separately over hundreds of millions of years and already hardened?

If the earth’s fossil-bearing sedimentary layers were laid down over 460 million years, they could not be bent without breaking.

Hardened rock layers are brittle. Try bending a slab of concrete sometime to see what happens! But if concrete is still wet, it can easily be shaped and molded before the cement sets. The same principle applies to sedimentary rock layers. They can be bent and folded soon after the sediment is deposited, before the natural cements have a chance to bind the particles together into hard, brittle rocks.1

The region around Grand Canyon is a great example, showing how most of the earth’s fossil-bearing layers were laid down quickly and many were folded while still wet. Exposed in the canyon’s walls are about 4,500 feet (1,370 meters) of fossil-bearing layers, conventionally labelled Cambrian to Permian.2 They were supposedly deposited over a period lasting from 520 to 250 million years ago. Then, amazingly, this whole sequence of layers rose over a mile, around 60 million years ago. The plateau through which Grand Canyon runs is now 7,000–8,000 feet (2,150–3,450 meters) above sea level.

Layers Laid Down Quickly and Bent While Soft

Figure 1: The Grand Canyon now cuts through many rock layers. Previously, all these layers were raised to their current elevation (a raised, flat region known as the Kaibab Plateau). Somehow this whole sequence was bent and folded without fracturing. That’s impossible if the first layer, the Tapeats Sandstone, was deposited over North America 460 million years before being folded. But all the layers would still be relatively soft and pliable if it all happened during the recent, global Flood.

Figure 2: This phenomenon was not regional. The Tapeats Sandstone spans the continent, and other layers span much of the globe.

Look at the photos of some of these layers at the edge of the plateau, just east of the Grand Canyon. The whole sequence of these hardened sedimentary rock layers has been bent and folded, but without fracturing (Figure 1).3 At the bottom of this sequence is the Tapeats Sandstone, which is 100–325 feet (30–100 meters) thick. It is bent and folded 90° (Photo 1). The Muav Limestone above it has similarly been bent (Photo 2). 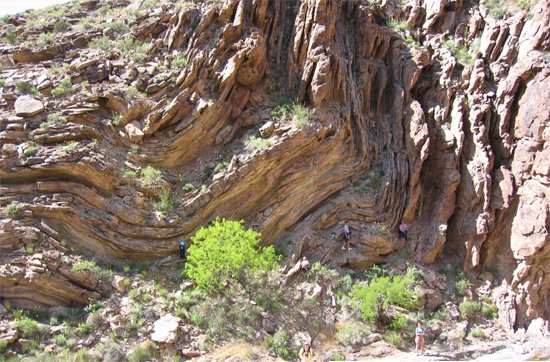 Photo 1: The whole sequence of sedimentary layers through which Grand Canyon cuts has been bent and folded without fracturing. This includes the Tapeats Sandstone, located at the bottom of the sequence. (A 90° fold in the eastern Grand Canyon is pictured here.) 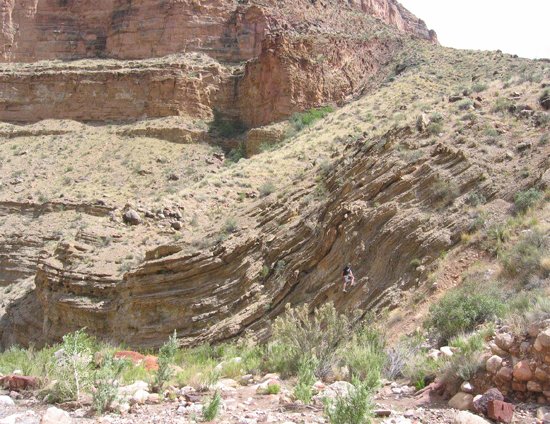 Photo 2: All the layers through which Grand Canyon cuts—including the Muav Limestone shown here—have been bent without fracturing.

However, it supposedly took 270 million years to deposit these particular layers. Surely in that time the Tapeats Sandstone at the bottom would have dried out and the sand grains cemented together, especially with 4,000 feet (1,220 m) of rock layers piled on top of it and pressing down on it. The only viable scientific explanation is that the whole sequence was deposited very quickly—the creation model indicates that it took less than a year, during the global Flood cataclysm. So the 520 million years never happened, and the earth is young.

What solution do old-earth advocates suggest? Heat and pressure can make hard rock layers pliable, so they claim this must be what happened in the eastern Grand Canyon, as the sequence of many layers above pressed down and heated up these rocks. Just one problem: the heat and pressure would have transformed these layers into quartzite, marble, and other metamorphic rocks. Yet Tapeats Sandstone is still sandstone, a sedimentary rock!

But this quandary is even worse for those who deny God’s recent creation and the Flood. The Tapeats Sandstone and its equivalents can be traced right across North America (Figure 2)4 and beyond to right across northern Africa to southern Israel.5 Indeed, the whole Grand Canyon sedimentary sequence is an integral part of six megasequences that cover North America.6 Only a global Flood cataclysm could carry the sediments to deposit thick layers across several continents one after the other in rapid succession in one event.7

Dr. Andrew Snelling holds a PhD in geology from the University of Sydney and has worked as a consultant research geologist in both Australia and America. Author of numerous scientific articles, Dr. Snelling is now director of research at Answers in Genesis.

The Petrology of the Tapeats Sandstone (PDF version)