Genomic secret of the pigeon’s crest shows the power of a single mutation to produce an explosion of biodiversity.

Everybody has heard of Darwin’s finches, but Darwin was just as interested in pigeons. He bred them, and according to UCSF evolutionary biologist Nathan Young, “The domesticated pigeon was just as, if not more, important to the evolution of his thinking about how natural selection worked.”1 New genomic information now confirms something he thought: domestic rock pigeons originated from wild rock doves.

“Darwin used this striking example to communicate how natural selection works,” explains Michael Shapiro, lead author of the study in Science. “Now we can get to the DNA-level changes that are responsible for some of the diversity that intrigued Darwin 150 years ago.”

The pigeon is the fifth bird genome to be sequenced, after the chicken, turkey, zebra finch, and budgie. “Despite 100 million years of evolution since these bird species diverged, their genomes are very similar,” Shapiro says. “This will give us new insights into bird evolution.”

Shapiro studied pigeons because, being selectively bred for centuries, they exhibit an enormous variety of traits. And head crests are “one of many traits that we see in domestic pigeons that have a correlate in lots of natural species of birds,”2 Shapiro explains. This research has “shown a way forward to find the genetic basis of traits—the molecular mechanisms controlling animal diversity in pigeons. Using this approach, we expect to be able to do this for other traits in pigeons, and it can be applied to other birds and many other animals as well.” 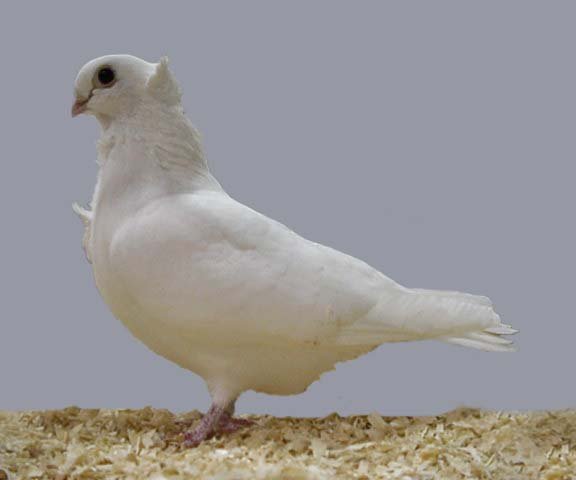 Shapiro also believes the pigeon will be a promising model for exploring how new traits evolve. He writes, “The head crest phenotype described here, is constructive rather than regressive: Breeds derived from the ancestral rock pigeon possess traits that the ancestor does not have. Although adaptive regressive traits are important, the genetic basis of constructive traits in vertebrates remains comparatively poorly understood.”3 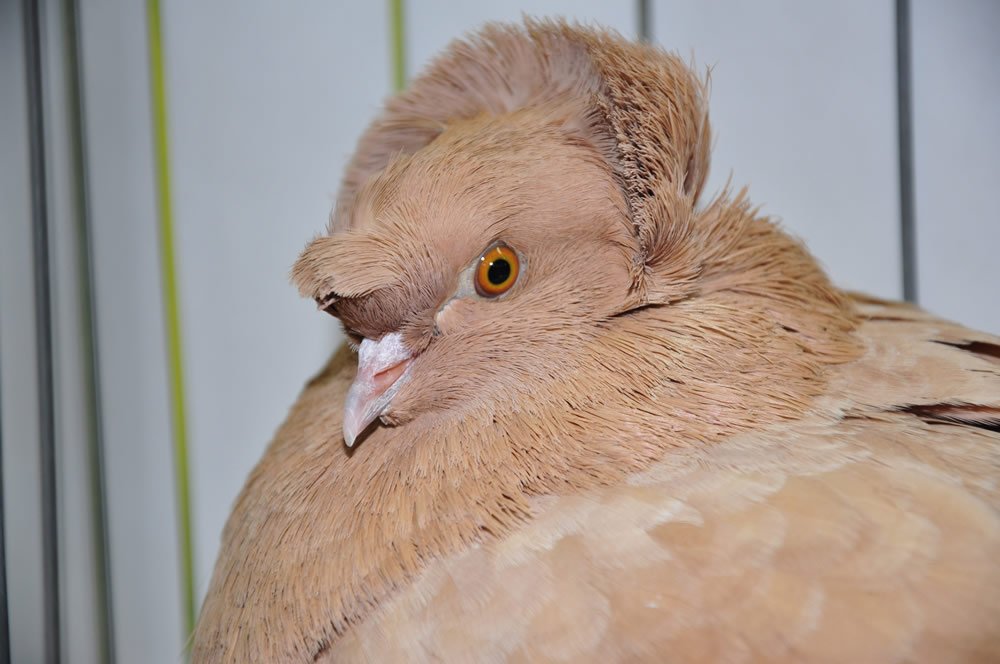 Shapiro also believes the pigeon will be a promising model for exploring how new traits evolve.

Shapiro’s team compared genomes from 22 crested and 57 uncrested varieties of the 350 known varieties of Columbia livia. All crested birds had a single mutation in the regulatory gene EphB2 (Ephrin receptor B2). None of the uncrested birds carried this mutation, which acts as a recessive trait in breeding experiments. Similarities in nearby genes suggested that “this trait evolved just once and spread throughout the species, and that the crest originates early in development by the localized molecular reversal of feather bud polarity.”5 Future studies of other birds (like woodpeckers) will be needed to determine whether there is a comparable genetic basis for their crests. 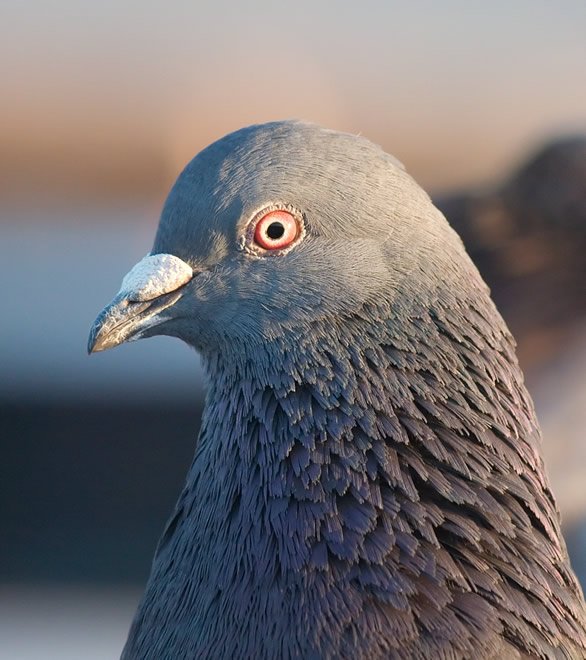 Crests are produced when feathers on the back of the head and neck grow upward. Embryologically, reversed feather polarity is evident from the earliest appearance of the feather placode. (A placode is a thickened plate of embryonic ectoderm from which various structures differentiate.) A homologous regulatory gene in humans has been implicated in Alzheimer’s disease and prostate cancer, pointing to the complexity and importance of genetic regulation in our Creator’s designs. 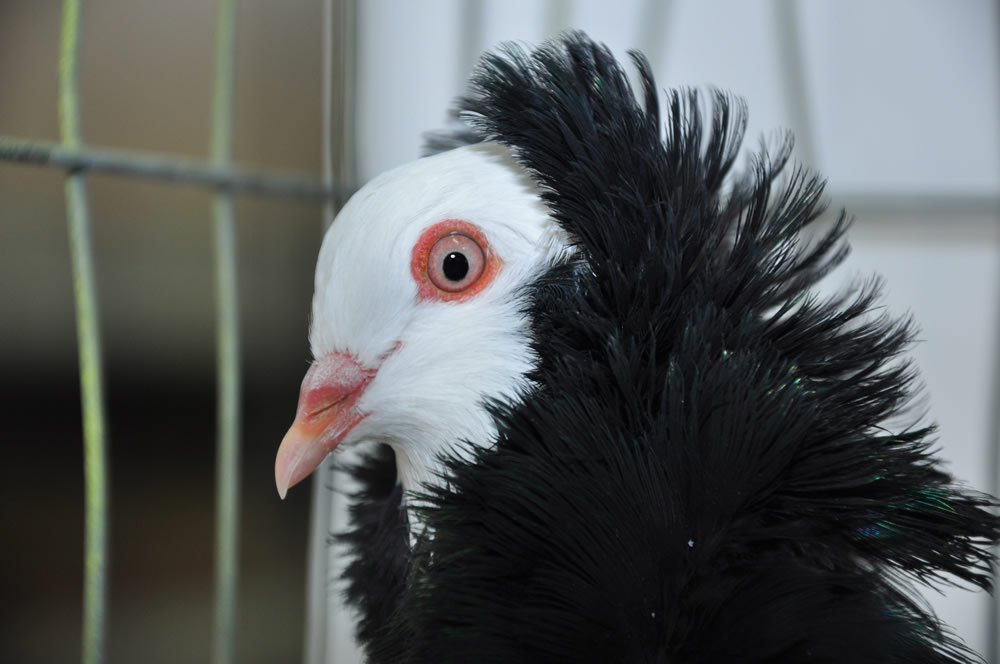 When a new genome is sequenced, scientists initially possess a coded message without a key. By looking for the genetic basis of distinctive variations, they eventually begin to figure out what genes in the genome code for which traits. Because our common Designer used similar genes for similar functions in many creatures, additional clues are available in more familiar genomes. With the discovery of the genetic basis for the pigeon’s crest, a trait exhibiting much diversity, researchers have gained a clue to decipher more of this genome and also the genomes of other birds. But they have not uncovered how new traits evolve or how birds supposedly evolved from non-birds.

Nature’s headline proclaims “Pigeon DNA proves Darwin right.”7 But knowing that Darwin’s pigeon model for natural selection has a genetic basis does nothing to build support for the notion of the evolution of new kind of animals. The mutation in the regulatory gene did not create new information but merely allowed existing information to be expressed. In fact, it is no great surprise that the pigeon genome is similar to those of other birds because they are all birds. 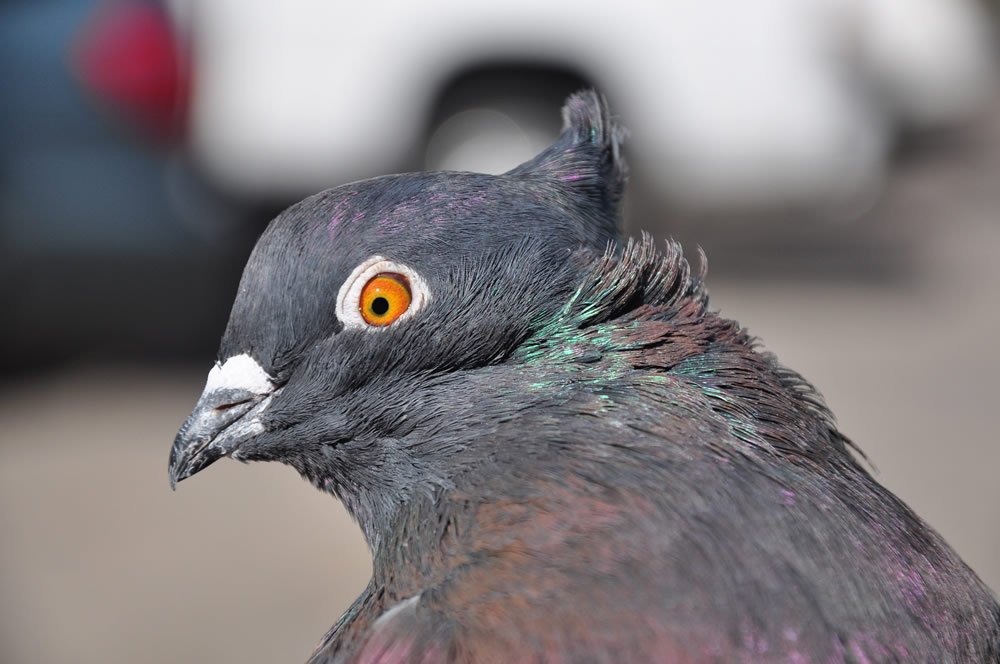 Natural selection is an observable process which, along with other observable genetic mechanisms, leads to variation within created kinds of organisms. But neither natural selection nor selective breeding can be the engine of evolution because mutations do not create new genetic information to “fuel” it.

Shapiro wrote, “The genetic basis of constructive traits in vertebrates remains comparatively poorly understood.”9 But despite his hope that learning how this “new” trait “evolved” will lead to an understanding of how new traits evolved among vertebrates, all that is demonstrated here is a genetic basis for biodiversity among birds. The presence or absence of a head crest is not associated with non-birdness, past or future. Turning off a genetic switch does not add genetic information to an animal’s genome or equip it to become a new, more complex kind of organism. 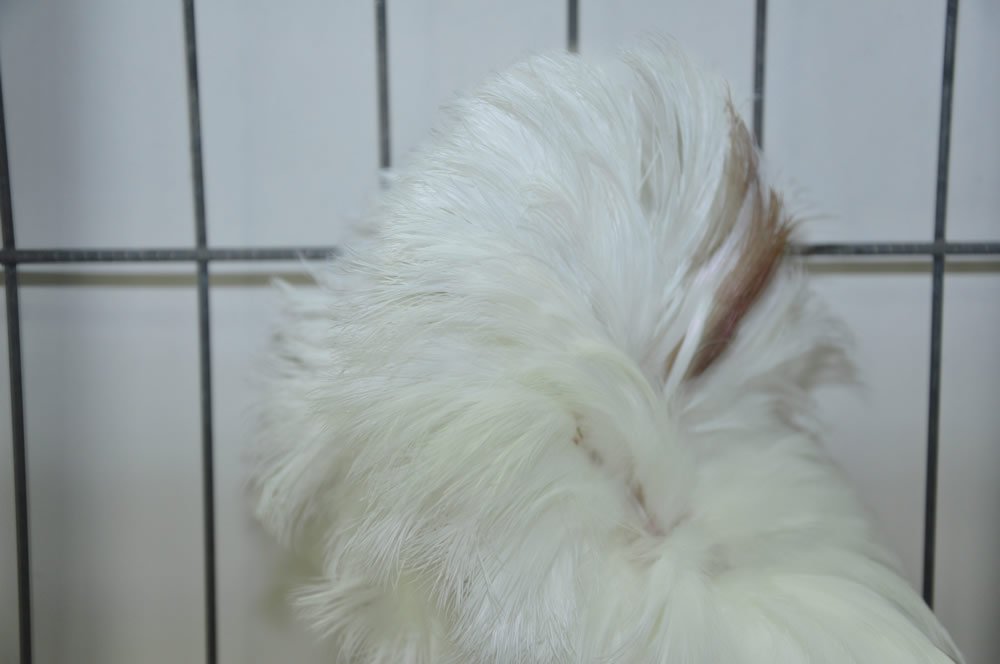 This research demonstrates how a single mutation can produce an explosion of biodiversity within a created kind. Shapiro’s comment that birds diverged from each other 100 million years ago is based on unverifiable assumptions and circular reasoning. Discoveries like this make it easy to see how much of the dramatic biodiversity we see in the world today has developed in the few thousand years since the end of the global Flood.