The researcher who first discovered a species of nautilus 30 years ago has submitted stunning photos and videos to National Geographic’s website, documenting his discovery last year of another example of this elusive and fascinating species of nautiloid Allonautilus scrobiculatus. It is only the third time this species has ever been seen. 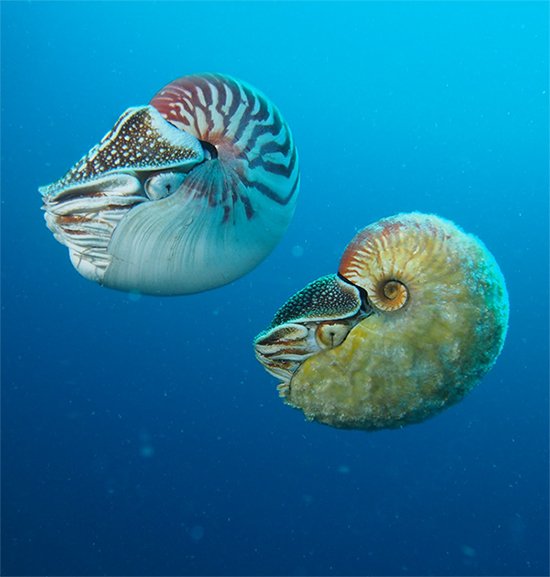 Nautilus pompilius (left) swimming next to a rare Allonautilus scrobiculatus (right) off of Ndrova Island in Papua New Guinea.

The researcher explains the thrill of discovery because this family of sea creatures is “one of the great survivors on Planet Earth: a living fossil.” Nautiloids have supposedly managed to survive for 530 million years, while many less fortunate kinds of creatures have died out.

Researchers are fascinated by living fossils because they can study animals that supposedly changed little over millions of years. Creation biologists don’t find the existence of living fossils so mysterious. No type of creature has been around for more than about six thousand years, so similarities between fossils and living animals aren’t surprising.

Previous Article Life on Mars! Next Article Up with Down