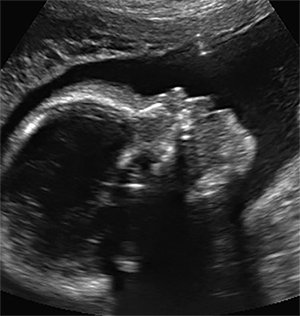 Recent studies indicate that the abortion rate may be declining for babies diagnosed before birth with Down syndrome. While that is a hopeful sign, the rate is still horrendous. Historical estimates put the previous rate around 90% aborted. Precise numbers are unavailable, but a study published in the American Journal of Medical Genetics puts the lowest recent estimate at 67%, and the actual rate is probably higher.

In the US, the decline is due in part to changing attitudes about Down syndrome in recent decades. Many adults today grew up playing with Down children in school and watching them on children’s television. Old social stigmas have dissipated.

New, noninvasive tests for genetic abnormalities make prenatal diagnosis of Down Syndrome more common. This may result in an upswing in abortion rates again, despite changing attitudes toward Down children. The only hope for a deep reduction in abortion rates is for parents to recognize that God alone, who gives a baby life, has the right to take it. All human beings, even babies with genetic defects, are created in His image.

Previous Article Shell Survivor Next Article Let There Be Truth