Well, water was found on Mars, actually. But with water present can life be far behind?

High-resolution images from the Mars Reconnaissance Orbiter have given scientists the first indirect evidence that water flows on Mars today. We’re not talking about rivers here, but most likely small traces of water that show up on the Martian surface seasonally.

We have strong indicators that water was once abundant on Mars’ surface. In fact, many planetary scientists, including creationists, agree that Mars may have had an ocean (see “Mars—The Other Blue Planet?” Answers, April–June 2015). So it’s not surprising that some water would show up on the surface today, especially in a young solar system, where the planet has not had billions of years to lose every drop of water.

Of course, the main reason water on Mars excites evolutionary researchers is that water is considered necessary for life. So water is the first step to possibly discovering that we are not alone in the universe. Flowing water does not, however, mean life. Even the “simplest” life is breathtakingly complex. Life cannot evolve from nonlife—with or without water.

We are not alone in the universe, but we don’t need to find life on Mars to know that. The Creator says He is clearly seen in His creation, right here on Earth (Romans 1:20). Each new discovery gives further insight into His character and reminds us that life could only come from Him, not water. 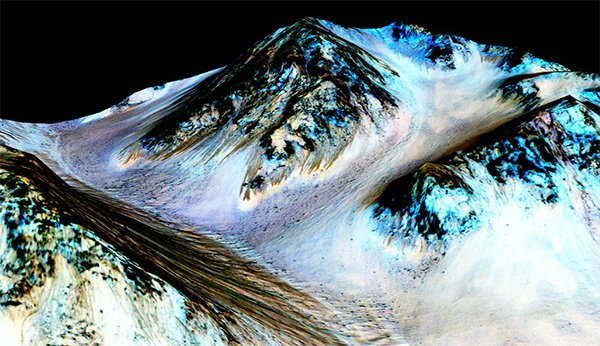