Setting the Stage for an Ice Age

The Flood of Noah’s day was the greatest catastrophe in earth history, and it involved much more than rain.

It reshaped the surface of the earth, spawning massive volcanoes and earthquakes that dwarf anything observed in modern times. Such a tremendous catastrophe would have radically altered the earth’s climate, resulting in an Ice Age.

In general terms, an “ice age” is a time of extensive glacial activity that covers a relatively large area with ice. During the Ice Age, which ended a few thousand years ago, 30% of the land surface of the earth was covered by ice (Figure 1). In North America an ice sheet covered almost all of Canada and the northern United States.

Figure 1: The Scope of the Ice Age 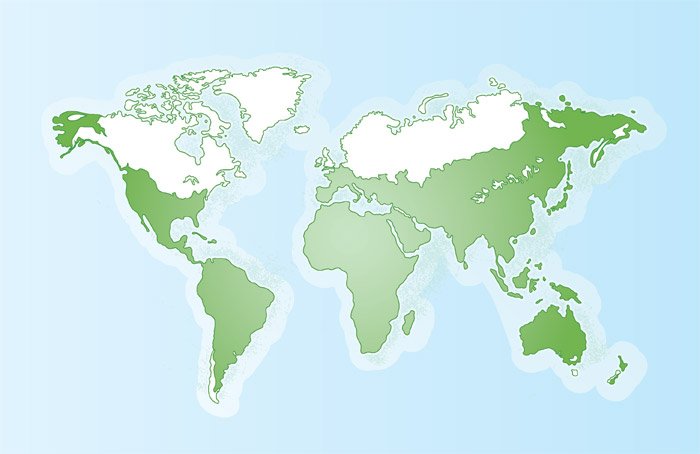 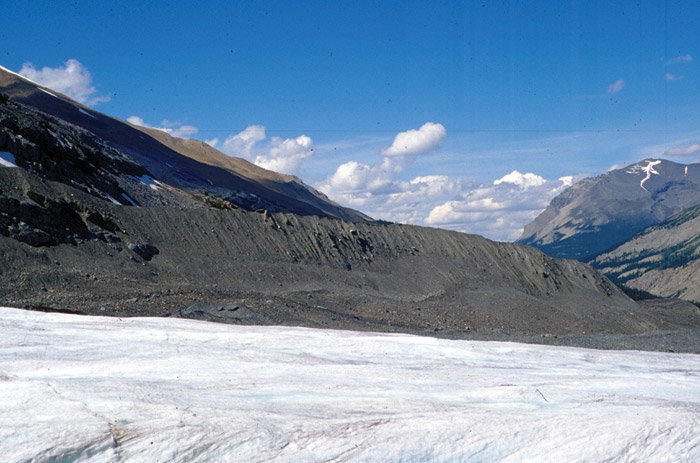 A lateral moraine is a mound of rocks of varying sizes deposited to the side of a moving glacier. We know the extent of the Ice Age because the glaciers left features on the landscape similar to features we observe around glaciers today, such as the lateral moraine seen in the photo above. 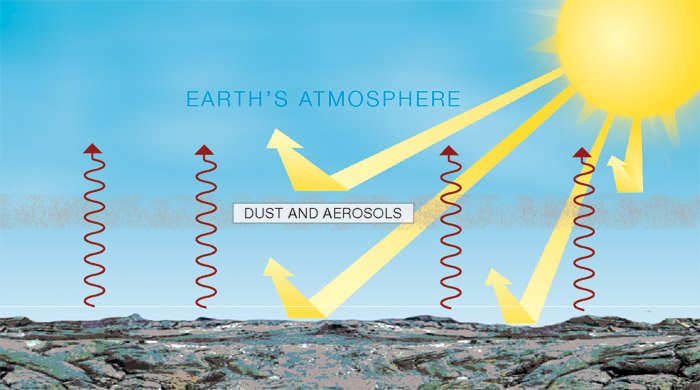 The worldwide Flood would have caused upheavals and tremendous volcanic activity. As a result, a shroud of volcanic dust and aerosols (very small particles) would have been cast into the stratosphere (the layer of the atmosphere from 12 to 21 miles above the earth’s surface) and trapped there for several years following the Flood. These particles would have reflected some sunlight back to space and caused cooler summers, mainly over large landmasses. 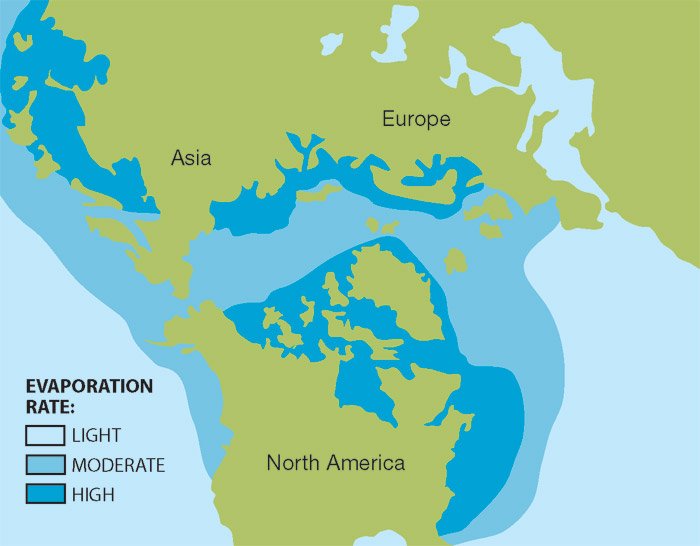 The rapid Flood currents would mix the warm water so there would be no sea ice. This diagram shows the much higher evaporation of the sea. The result would be heavy snow over the middle latitudes and polar regions.

We know the extent of the Ice Age because the glaciers left features on the landscape similar to features we observe around glaciers today, such as lateral and terminal moraines (Figure 2). A “lateral moraine” is a mound of rocks of varying sizes deposited to the side of a moving glacier, and a “terminal” or “end” moraine is a mound of rocks dumped in front of the glacier.

Two particular aspects of the Flood were instrumental in causing the Ice Age: (1) extensive volcanic activity during and after the Flood, and (2) the warm oceans following the Flood.

The opening of the “fountains of the great deep” and the resulting worldwide Flood would have caused upheavals and tremendous volcanic activity. A shroud of volcanic dust and aerosols (very small particles) would have been cast into the stratosphere and trapped there for several years following the Flood. These particles would have reflected some of the sunlight back to space and caused cooler summers, mainly over large landmasses (Figure 3). Extensive volcanic activity would have continued for a number of years after the Flood and gradually declined as crustal magma solidified and crustal movements lessened. There is abundant evidence of extraordinary volcanic activity during the Ice Age, which would have replenished the dust and aerosols in the stratosphere. Ice cores taken from Greenland and Antarctica also show abundant volcanic particles and acids in the sections associated with the Ice Age.

An Ice Age also requires huge amounts of water in the atmosphere, which then falls as snow. But where would the tremendous amounts of water necessary to saturate the atmosphere have come from? The Genesis account records that the “fountains of the great deep” burst forth during the Flood (Genesis 7:11). Movements in the earth’s crust would have released high-pressure outflows of deep, hot water reservoirs, while huge volcanoes and large underwater lava flows would have added heat to the oceans (see “A Catastrophic Breakup” on p. 44). The rapid Flood currents would mix the warm water, driving it from pole to pole. Warm water would prevent the formation of ice in the sea. As a result, the warm ocean would have a much higher level of evaporation than that in the modern cool ocean. Under such conditions, most of the resulting snow would fall in the middle latitudes and polar regions (Figure 4). Warm water and cold continents are a recipe for powerful and continuous snowstorms, whose behavior can be estimated using basic weather principles.

Based on what we know about atmospheric science, we can estimate where the warm water would evaporate, how deep the ice would become, and even how long the Ice Age would last. To answer these questions, we need to know how long the major volcanic activity lasted and how much time passed before the oceans cooled. Once the volcanoes waned and the oceans cooled, the ice sheets would have stopped growing and begun to melt.

I have calculated that at the height of the Ice Age the average depth of ice over much of the Northern Hemisphere was approximately 2,300 ft (701 m) and that it took about 500 years to accumulate to that depth. This approximation was calculated by estimating the sources of water vapor, including evaporation from the warm ocean at mid- and high-latitude as it cooled, and transport from low latitudes to higher latitudes. Two-thirds of the cooling of the oceans is by evaporation of water. By estimating the initial and threshold average ocean temperature, I was also able to estimate the evaporation. I then calculated the approximate proportion of water vapor that would fall on the ice sheet. I used minimums and maximums for the variables and estimated the best value in the middle.

If we apply the melt equation to ice sheet meltback (about 33 ft [10 m] per year along the edge, but slower in the interior), the gigantic glacial ice sheets (after the peak in accumulation) would have melted within 200 years. Of course, Greenland and Antarctica would have continued to grow because of their high latitude and altitude. Thus, the total time for the Ice Age is a maximum of only about 700 years (500 years to accumulate, 200 years to melt).

Based on what we know about the impact of the global Flood on the continents, sediments, and climate, it is clear that an ice age would not require hundreds of thousands to millions of years, as stipulated by evolutionary beliefs. Moreover, it is unnecessary to accept the current complicated evolutionary ideas of about 30 separate ice ages over the past 2.5 million years, with the most recent ones lasting 100,000 years and the earlier ones lasting 40,000 years. Instead, by starting with the Bible’s history of the Flood and then looking at the evidence from this biblical perspective, we can readily understand both how the Ice Age started and how long it lasted.