Scientifically literate people can disagree about the causes and cures of climate change, study finds. 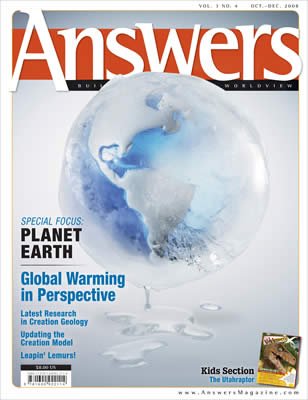 A new study published in the journal Nature Climate Change dispels the notion that people who disbelieve currently popular ideas about climate change are scientifically illiterate. On the contrary, ScienceNews reports, “High science literacy actually boosts the likelihood that certain people will challenge what constitutes credible climate science.” The researchers attribute people’s propensity to see climate change as an unsettled issue to “cultural factors such as attitudes toward commerce, government regulation and individualism.” They find that these cultural factors affect “what people accept as truth.”

Kahan’s team surveyed 1,540 American adults to assess scientific literacy, political ideas about the role of government in the economy, and personality. People were classified as either more individualistic or more egalitarian in outlook, and this factor was the primary determinant of the position people took on climate change issues. “People with high degrees of individualism tended to have attitudes that were pro-industry and skeptical of risks,” they found. Egalitarians “tended to be morally ambivalent towards markets because they think that’s what causes social disparities,” Kahan says, and were therefore willing to see higher levels of regulation as necessary in the face of risks to society.

These findings will likely affect the strategy of policy makers as well as educators. The National Center for Science Education (NCSE) recently took up the banner for the politically correct view of climate change. NCSE director Eugenie Scott recognized that “people are very emotionally concerned” and if they “feel threatened ideologically, politically or economically, ‘all the science in the world won’t convince them.’” NCSE opposes “teaching the controversy,” as we pointed out in our analysis of the recent debate in Tennessee regarding legal protection for public school teachers wishing to critically analyze controversial issues, including climate change.

As Dr. Andrew Snelling, who holds a PhD in geology from the University of Sydney in Australia, has pointed out, the debate over climate change is far from a settled issue even among secular scientists. He said, “There is a lot of controversy, not over climate change itself, as everyone agrees climate changes, but over the cause of such changes, specifically whether man has contributed significantly to such changes. I am personally aware of several secular professional scientific societies whose memberships are very divided on this issue, and the continuing debate is heated. Therefore to assert there is no controversy over climate change is utterly deceitful. Students should be told the truth about this debate among professional scientists.”

By demonstrating that political and economic philosophy affect the views of scientifically literate people, this study supports our contention that holding a politically incorrect worldview does not prove a person is unwilling or unable to understand science. As scientists seek answers requiring knowledge of the untestable past—whether of origins, age of the earth, or history of the global climate—assumptions must be made. Those assumptions are inevitably influenced by worldview. Thus, not only do political opinions about the appropriateness of regulatory measures influence the way scientifically literate people view the evidence, so do presuppositions about global history.

Many theologically conservative Christians—as well as many secular scientists—are uncomfortable with the politically correct version of the man-made global warming crisis. The impact of global warming initiatives on the welfare of people is also a concern to many who simply want to be sure decisions are based on sound scientific reasoning and not emotional overkill. As Bible-believing Christians we see the “dominion mandate” of Genesis 1:28 as a call for a balanced, responsible view of environmental stewardship.

Previous Article News to Note, May 26, 2012 Next Article Evolutionist Considers Skeptics a Threat to Human Survival