I am young, and science is not my strongest area. But after touring the Creation Museum several years ago, I realized how valuable creation science would be in directing conversations toward the gospel. I brushed up on a few facts and went to a park, praying that God would lead me to someone who believed in evolution. The second person I came to was—you guessed it—an evolutionary biology major, studying her textbook under a tree.

Heather readily agreed to talk and confidently asserted that all the scientific evidence points to evolution. I was happy about the answer to my prayer, but her confidence intimidated me.

I told her there is evidence that supports the Bible’s teaching that the earth is actually quite young and shared the example of salt in the ocean. (If the earth were old, there should be a far higher concentration of salt.) She looked surprised. I guess she wasn’t expecting me to have any scientific evidence to support what I believed. 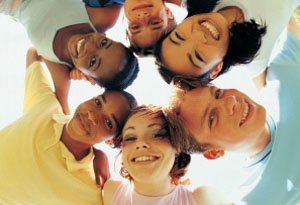 But after a few minutes of discussion, my mind went blank. She’s a confident biology major, and I am not a scientist! I thought. I decided to just ask another question. “If God is good, why does He allow so much suffering in the world?”

She perked up with interest and exclaimed, “I have actually wondered that before . . . I’m not sure.”

That showed me that she did believe in God—whether she admitted it or not (Romans 1:19). It also gave me the opportunity to explain that it was Adam’s sin that brought evil into the world. God created a perfect world, but we rebelled against Him. God does not approve of sin or ignore evil, but the Bible says that one day God will judge the world in righteousness. He will restore everything to its original perfection! We will each give an account to Him because we have each disobeyed. This led right into the gospel message, that Jesus came to earth as a man to die and rise again, taking the penalty for our sins on Himself.

The topic of creation and evolution was a great starting point, and it took only one question to transition into the gospel.

I have learned that I don’t need to feel intimidated just because I am young. In fact, youth can sometimes be an asset in witnessing (see why below).

Advantages of Being Young

Youth Are Less Intimidating Than Adults

People are not threatened by us. In fact, they enjoy conversing with young people. This makes it easier for us to start conversations.

The World Is Interested in the Opinions of Young People

People are curious about the beliefs and ideas of the next generation. This gives us a voice.

We are not bound by the same responsibilities as our parents. While we are young and single, we can pour our enthusiasm and energy into God’s work (1 Corinthians 7:34). The years of our youth pass quickly, and many distractions can steal our time. Let’s be zealous to share the gospel now—while we are young! Let’s not waste this precious window of opportunity. The fact that we “don’t know all the answers” should never keep us from sharing what we do know about the Bible! As we hear people’s arguments, we become more motivated to study for next time. One of the best ways to learn how to witness is just to start doing it!

People Do Not Expect Us to Have All the Answers

This not only gives us the opportunity to exceed their expectations but it also relieves the pressure of feeling that we need to know everything.

The World Expects Teenagers to Be Immature

When adults meet a young person who is articulate and respectful, they are intrigued and appreciative. They want to know why we are different.

Grace Mally is the author of Will Our Generation Speak?