Have you ever heard that men have fewer ribs than women? Or that it never rained before the flood? What about the increasingly popular argument that the earth is flat? These and many other common misconceptions are often based on inaccurate historical data, unsupported scientific models, misinterpretation of Scripture, or mere speculation.

As Christians, we must be careful to discern sound ideas from falsehoods so that we may honor Christ and proclaim the truth of his Word—starting in Genesis.

As Christians, we must be careful to discern sound ideas from falsehoods so that we may honor Christ and proclaim the truth of his Word—starting in Genesis. Whether responding to a misguided fellow believer or a hostile skeptic, we must address these misconceptions by using good judgment and appealing to reason, to observable science, and ultimately to God’s Word.

You’ve probably seen artistic renderings of Noah’s ark and the garden of Eden. They typically depict modern animals that we see today—monkeys, elephants, and giraffes. Such drawings reveal the faulty assumption that early creatures looked like the ones we see today.

Many pictures show lions, tigers, and leopards on the ark. But these three cats came from a common ancestral cat kind, represented on the ark by a single pair (Genesis 7:2). These two cats would have contained the genetic information necessary for the various combinations we see today; therefore, they couldn’t have looked exactly like any of the cats we see today.

Since the Bible doesn’t describe Adam and Eve’s appearance, we can’t know what they looked like. This lack of description has inspired many different ethnic depictions of the first couple. However, we can assume that they didn’t express recessive traits like light hair and blue eyes. As the parents of all people, Adam and Eve must have possessed DNA containing vast genetic information needed for a diverse human population. As such, they probably had brown eyes and dark hair—the dominant traits. 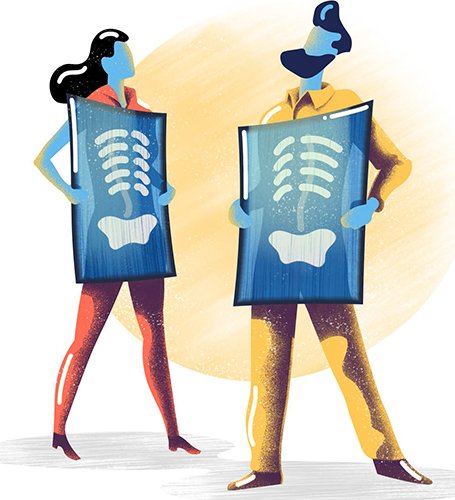 Men Have Fewer Ribs Than Women Have

God took one of Adam’s ribs to make Eve, so now men have one fewer rib than women—right? Actually, no. We can easily count the number of ribs in men and women and see that they are the same.

While it is true that God took a rib from Adam to fashion Eve (Genesis 2:21–22), he did not change Adam’s DNA to do that. If a man lost a leg in an accident, would we expect his future children to be born without a leg? Of course not. Adam still had the genetic code for a full set of ribs, and he passed on that complete information to his sons and daughters alike.

However, such a conclusion assumes that all increased entropy is bad. In fact, entropy is responsible for many good things that happen every day—digestion, sunlight, breathing, walking uphill, warming cooled skin. The second law of thermodynamics refers to the transfer of heat and energy. Therefore, this law has been in effect since creation. 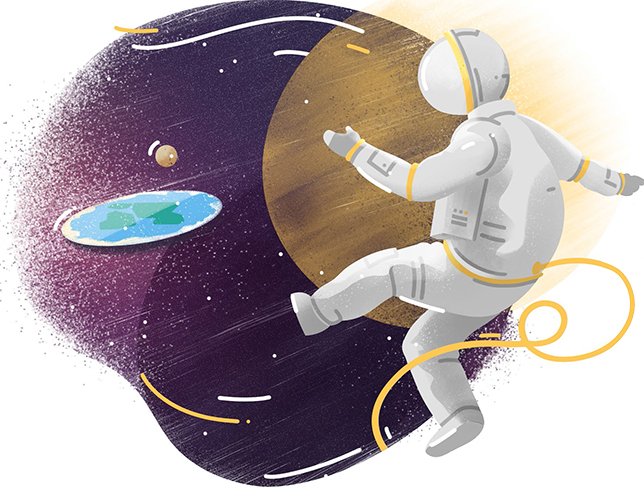 The Bible Teaches Geocentricism and a Flat Earth

Is earth the center of the universe? Is it flat? Some say that the Bible confirms both. But few biblical texts even remotely address geocentricism or a flat earth. And those references are examples of figurative language, poetic imagery, and idiomatic expressions (e.g., Isaiah 11:12; Revelation 7:1; Psalm 93:1). Since the Bible is not a cosmology textbook, we shouldn’t insist on drawing cosmological meaning from these passages. We must read Scripture with discernment.

Flat-earth proponents claim that early church leaders believed in a biblical flat earth. However, humans have believed the earth is a sphere since at least the fifth century BC. It wasn’t until the late nineteenth century that skeptics claimed the Bible described a flat earth, blaming Christianity for hampering progress by rejecting scientific enlightenment. Likewise, some critics erroneously claim that the Catholic church persecuted Galileo in the seventeenth century for believing that the earth revolved around the sun. (In reality, the circumstances were far more complex.) This allowed them to describe Christians as unenlightened geocentrists who opposed scientific discovery.

Modern technology allows us to see the globe and monitor the movements of planets, and repeatable scientific observation has consistently supported a spherical earth that revolves around the sun. The Bible does not teach that the earth is flat nor that it is the center of the universe, and no historical or scientific evidence supports either idea.

The Atmosphere Was Radically Different Before the Flood

Both the fall and the flood significantly impacted the world, transforming it from the perfect earth into the “groaning” one we know today. But the Bible does not support the idea that the early atmosphere was radically different from that of the post-flood world. Many of these proposed atmospheric changes are tied to the canopy model, which places a layer of water around the earth on the second day of creation.

Many researchers have abandoned the canopy model because of its pitfalls. Scientifically, the model can’t explain the greenhouse effect of a vapor layer, the transparency of the canopy, the harmful effects of increased oxygen concentrations, or the amount of water necessary for a global flood. Biblically, the model is inconsistent. To assert that Genesis 1:6–7 describes a canopy of water above the expanse (earth’s atmosphere) would mean that Genesis 1:14 places the stars, sun, and moon beneath the canopy—within the earth’s atmosphere. Therefore, the canopy model seems to be a misinterpretation of Scripture. 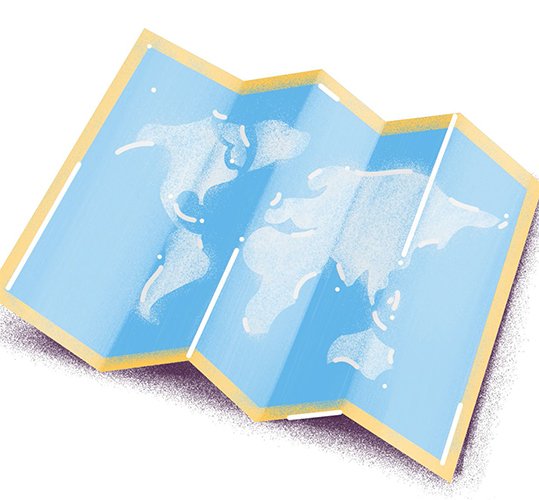 The Created Earth Resembled What We See Today

Imagine what the globe looked like before the catastrophic flood of Noah’s day. You likely think of continents and oceans based on maps you’ve seen. But the world today is not the same as the world prior to the flood. The pre-flood world was destroyed by water, causing massive shifts and broken foundations (2 Peter 3:6).

Genesis 1:9 implies that the original earth might have had one landmass. If you look at the continents and islands on the globe, you can see how all the land could fit back together like pieces in a puzzle. The geologic evidence is consistent with the biblical perspective of a single landmass violently ripped apart by a cataclysmic global flood. 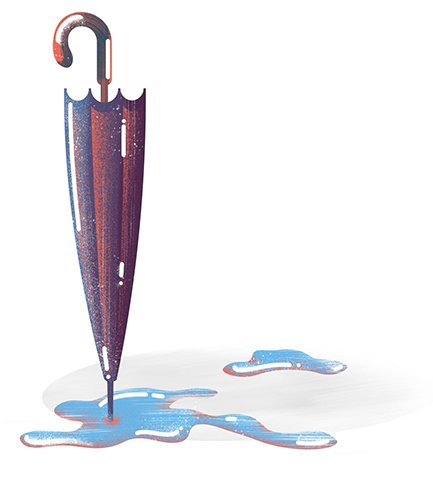 Rain and Rainbows Did Not Exist Before the Flood

Although Genesis 2:5–6 describes a period before rain fell, it refers only to the time before the creation of man. And Hebrews 11:7 states that God warned Noah “concerning events as yet unseen.” This is not a reference to rain itself, but to a global, catastrophic flood.

As for rainbows, Genesis 9:13 does not teach that God created the first colorful bow after the flood, only that he assigned it as a symbol of his faithfulness. No one can prove that rain fell or rainbows graced the sky before the flood, but to insist that they did not stretches the meaning of Scripture.

God’s creation was fully functional from the beginning. After all, plants had to bear fruit to provide sustenance. And if Adam and Eve were to obey God’s mandate to multiply, they had to be able to reproduce (Genesis 1:28). But a fully functional, mature universe is not the same as a universe created to look old.

This misconception is based on two faulty assumptions. First, the concept of “appearance of age” is based on the human experience of aging. Before the first birth, humans had no frame of reference for determining how old someone looked. Likewise, we have no way to know what an old earth would look like since we don’t know what a younger earth looked like.

Second, the misconception presupposes that the earth looks old, based on man’s ideas about fallible dating methods, specifically in rock layers. Our culture is entrenched in evolutionary teaching that natural processes over millions of years produced the earth we see today. But Scripture clearly teaches that the universe was created in six literal days. God is not a deceiver (Numbers 23:19), so why would he create a world to appear older than it is?

Dr. Dana Sneed is a curriculum writer and editor for Answers in Genesis. She earned her PhD in education from Mid-America Baptist Theological Seminary.
Previous Article Trichoplax adhaerens: Not So Simple After All