Can Creation Models Be Wrong?

If scientific evidence causes a creationist model to change, we should not let that shake our confidence in the accuracy and authority of Scripture.

Sometimes it is good to state your presuppositions at the start of an article. I believe the Bible to be the complete, authoritative, inspired and inerrant word of God. That is my basis for this article and all the articles that I write, as it is for the other writers in this magazine. Perhaps you are now expecting the word “but.” Often, a statement of belief, such as that above, is followed by the word “but.” There will be no “but” here, in the sense that I accept no exceptions to the statement.

The Place of Scientific Models

In the course of our work at Answers in Genesis–United Kingdom, we are sometimes asked questions for which the Bible does not give an exact answer. In a chapter that I penned for the New Answers Book, I stated:

“Skeptics often claim, ‘The Bible is not a science textbook.’ This, of course, is true—because science textbooks change every year, whereas the Bible is the unchanging Word of God—the God who cannot lie. Nevertheless, the Bible can be relied upon when it touches on every scientific issue. ... It is the Bible that gives us the big picture. Within this big picture, we can build scientific models that help us explain how past events may have come about.”1

The issue that I was addressing in the New Answers Book was the question “How did animals spread all over the world from where the Ark landed?” The Bible doesn’t actually say how this happened, yet it is clear from the Bible that it did happen. That is why a scientific model was necessary. However, I said this about scientific models: such models should be held lightly, but the Scripture to which they refer is inerrant. That is to say, future research may cast doubt on an actual model, without casting doubt on Scripture.

In describing a biblical model of post-Flood recolonization, I began with four facts, taken directly from Genesis.

Building scientific models is a helpful step in fulfilling the Christian duty to “be ready always to give an answer to every man that asketh you a reason of the hope that is in you” (1 Peter 3:15). Some answers are not stated directly in Scripture, so it is fair to ask if we can work out an explanation. We just need to remember that we cannot prove with absolute certainty that the model is how things actually happened.

We need to be aware of the difference between operational science and origins science. Operational science is the result of experimental data or observations taken in the present, subject to peer review, and capable of repetition. Origins science is an extrapolation of presently observed phenomena into the past, in a manner which is not repeatable. When evolutionists are criticized for the latter, it is not because the principle of origins science is wrong, but because such a model cannot be accepted as a proven fact. So it is with creationists’ models.

This supernova remnant was born in 1987 when a star exploded. Since this object is 170,000 light years away, it is claimed that the event happened 170,000 years ago and that the light is just now reaching us. If God had created the light “in-transit,” then it would mean that this event never actually happened, and this object does not actually exist. So, most creation scientists reject the “in-transit” solution to distant starlight.

A well-known example of the building of scientific models is the attempt to answer the so-called “distant starlight problem.” The problem is this: how do we explain that light appears to have taken millions of years to cross millions of light-years of space, when we believe that the sun, moon, and stars were created on the fourth day of creation, in a single 24-hour period?

Astrophysicist Dr. Jason Lisle has examined the details of this issue on a number of occasions, including in The New Answers Book.2 In this article, I simply want to look at the flow of ideas rather than the detailed scientific models.

In The Genesis Record, Dr. Henry Morris concluded that the light from distant stars could have been created in transit so that the universe only appears to be old, having the appearance of maturity. Lisle describes a problem with this view. “We see things happen in space. For example, we see stars change brightness and move. Sometimes we see stars explode. We see these things because their light has reached us.”3 Yet, if the light were created in transit, then we are observing events—novae and supernovae, for example—that never actually happened. It doesn’t seem reasonable that God would create “movies” of fictional events.

Some scientists suggest a second model, that the speed of light has changed (decelerated) over time. This idea can fit with the biblical account because, if the speed of light were much faster in the past, then it could be possible for the sun, moon, and stars to have been made on Day 4, just a few thousand years ago.

This model also has scientific, rather than scriptural, problems, in that the speed of light determines a number of other phenomena. For example, the energy produced by radioactive decay, using Albert Einstein’s famous E=mc2 equation, would have been unreasonably great at the time of creation.

Another model is the rather complex one proposed by Dr. Russell Humphreys.4 He postulates that the universe is expanding but bounded. This would have been like a white hole at the time of Day 4 of creation. A white hole is similar to a black hole, except that matter emerges from a white hole rather than being absorbed. A bounded universe would have a center, and the gravitational field would cause the fabric of space-time to distort. According to Einstein’s principles, time will flow more slowly near the center of a bounded universe than it will closer to the edge. Humphreys showed that if our solar system were near the center of the universe, then what would appear to be millions of years’ worth of stellar processes could have occurred in the depths of space, while only 24 hours elapsed on earth. Humphreys’ model has been very influential in creationist circles, but even aspects of that model are challenged by other creationists. 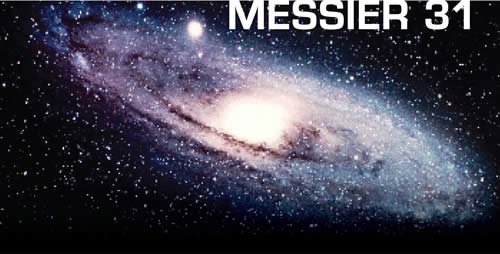 Often called the Andromeda Galaxy, M31 is over 2 million light-years away. Yet it is one of the nearest galaxies.

Without needing to understand every detail of the various scientific models, the principles are these.

Asking about the distant starlight problem is a fair question, to which Christians should seek an answer. Yet the Bible does not give a specific answer.

The Bible teaches that God made the sun, moon, and stars on Day 4.

Models have been developed that accept the Bible as true and apply scientific principles in a manner consistent with Scripture. However, even these models may need to be overturned if other scientific ideas suggest that the model is not correct—though the scriptural principles are never overturned.

We have seen that scientific models can help us carry out our 1 Peter 3:15 obligation always to have an answer. The scriptural principles behind the construction of a model are absolute. The model itself may contain reasoned conjecture, according to established scientific ideas, so long as these do not conflict with the scriptural facts. 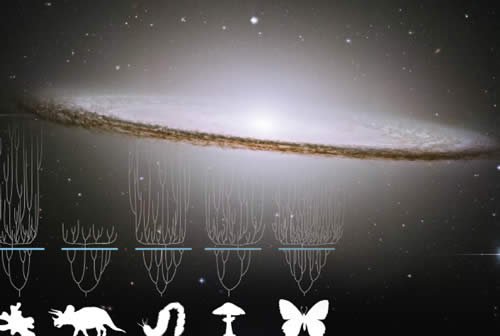 Above: The Sombrero galaxy, Messier 104, is located 28 million light-years from earth. Because we start from the Bible, which teaches a young universe, creation models seek to understand how light can travel vast distances in a short period of time.

Bottom: The creation model of created kinds starts with the fact that only two animals of each kind (with the exception of certain animals) entered Noah’s Ark as the Bible teaches.