Where Are the Creationist Christian Colleges?

Where are the creationist Christian colleges? There are a few, but, sadly, compared to the number of Christian colleges in America, they really are a rare commodity. What am I referring to? The lack of taking a stand on God’s Word beginning in Genesis and doing their best to impart a Christian worldview

Increasingly I hear parents tell me tragic stories of their son or daughter going to a supposed Christian college, only to find these young people walking away from the church and/or their faith ended up in tatters. Parents have bemoaned the amount of money spent on what they thought would be a great Christian education, only to find that many of the professors at such institutions actually undermined God’s Word to these students.

It’s a sobering thought for parents to be reminded that each child is a being who will live forever in heaven or hell! That’s why it’s so vital for parents to train their children as God’s Word instructs. There is no more important investment than your children’s eternity!

As Jeremiah reminds us:

God uses the Apostle Paul to remind us of the most important aspect of life:

But whatever gain I had, I counted as loss for the sake of Christ. Indeed, I count everything as loss because of the surpassing worth of knowing Christ Jesus my Lord. For his sake I have suffered the loss of all things and count them as rubbish, in order that I may gain Christ (Philippians 3:7–8 ESV).

Choosing a Christian college is an extremely important decision—and must be made with much prayer and due diligence concerning what the faculty will really be imparting to the students. It is why we are warned in Scripture that teachers will bear a stricter judgment:

Not many of you should become teachers, my brothers, for you know that we who teach will be judged with greater strictness (James 3:1 ESV).

We at Answers in Genesis are increasingly asked by parents for a recommendation concerning Christian colleges that stand on God’s Word beginning in Genesis and that will do their best to impart a truly Christian worldview to their offspring. Our Creation College List had always been a very difficult website to maintain because of so many faculty changes and so many professors within a given college. Trying to police this process and seeing which colleges and universities were really adhering to what was signed became time-consuming and frustratingly difficult. The college list only required the President, Vice President, department head of theology, and department head of science (if applicable) to sign that they were in agreement with our Statement of Faith and Tenets of Creation. Therefore, some individual professors were not always on board and could slip through the cracks.

We had to make a difficult decision. And with sadness, we finally decided it was time to pull the list. However, we still have an Institution Questionnaire that might be good for a potential student and/or parents of students to utilize when contacting schools and the professors that will be teaching their children.

I praise the Lord that despite the small number of such colleges, God has raised up quality Christian institutions with godly and dedicated staff who faithfully teach coming generations and instill in these students a Christian worldview.

And to encourage you, when I speak at such colleges, I like to write a report about my experience.

Recently, I was asked to speak at three conferences at Bob Jones University (BJU) in Greenville, South Carolina. Three of our children graduated from BJU, and they all praise the Lord for their godly professors and the high-quality education they received.

BJU invited thousands of high schoolers for a special day of my presentations. I then spoke at the BJU Seminary Conference and finally at their Bible Conference. It was an intensive but very rewarding three days during which I spoke to an estimated 10,000 different people.

At the end of this article, I have the title and links for each of the eight presentations. 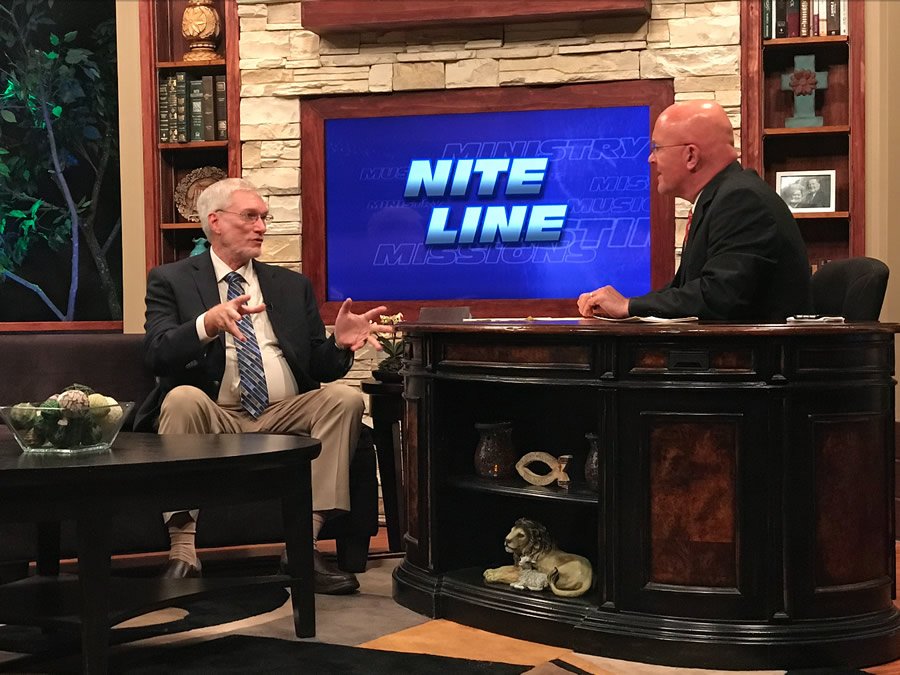 Here is a photo-montage of my time at BJU, in Greenville, South Carolina. 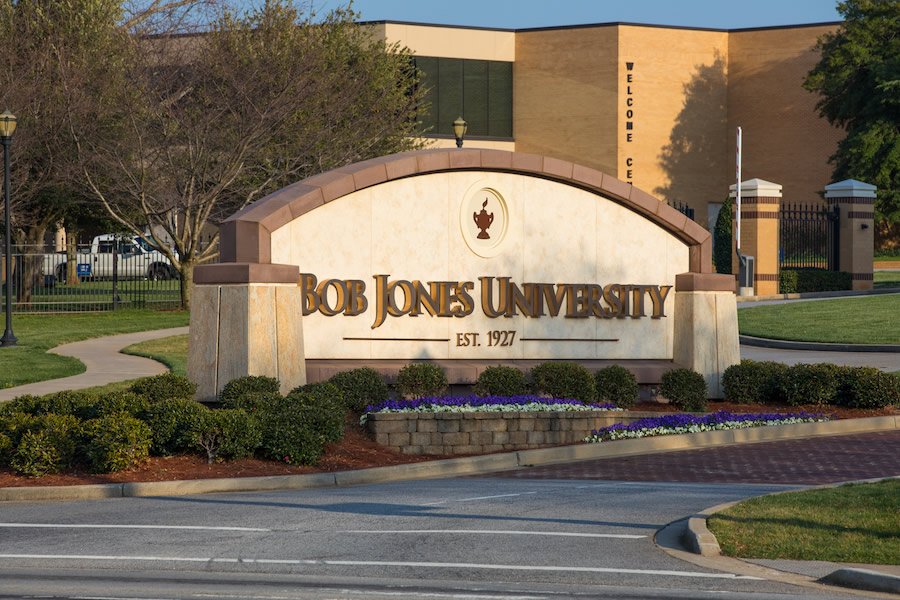 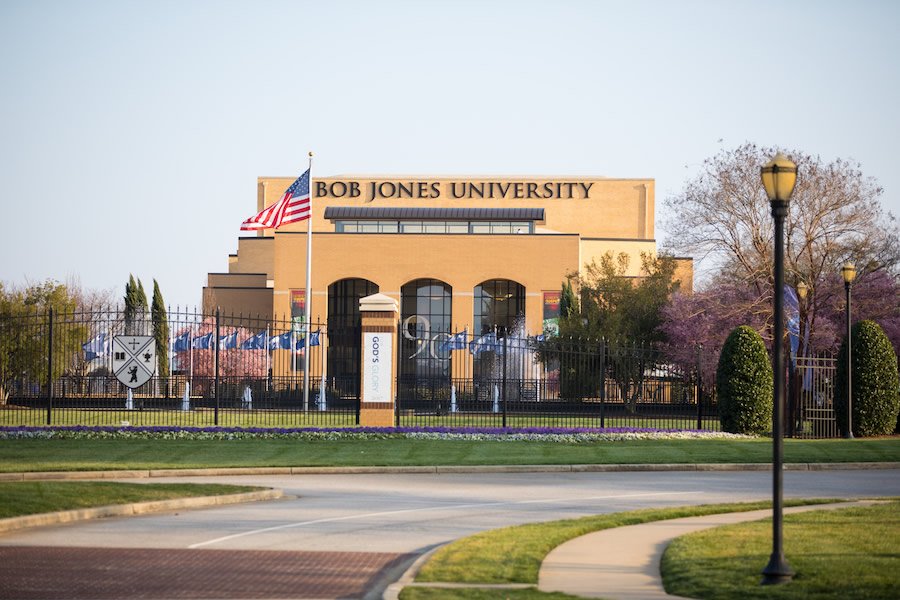 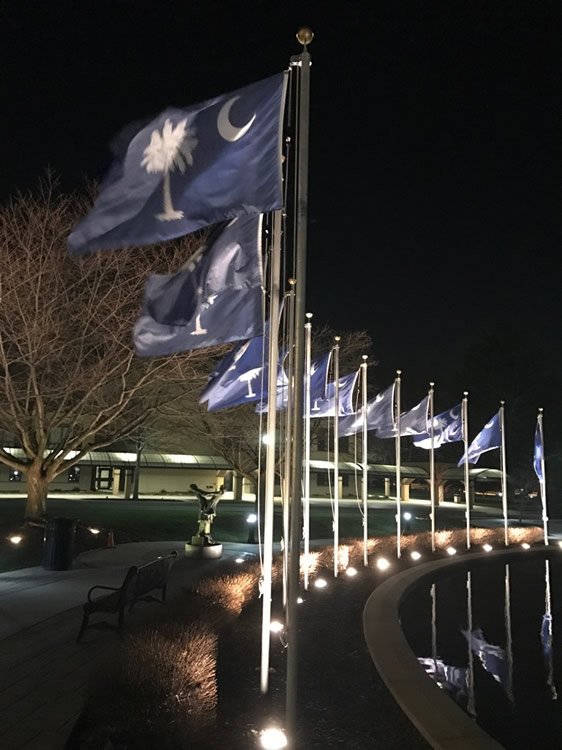 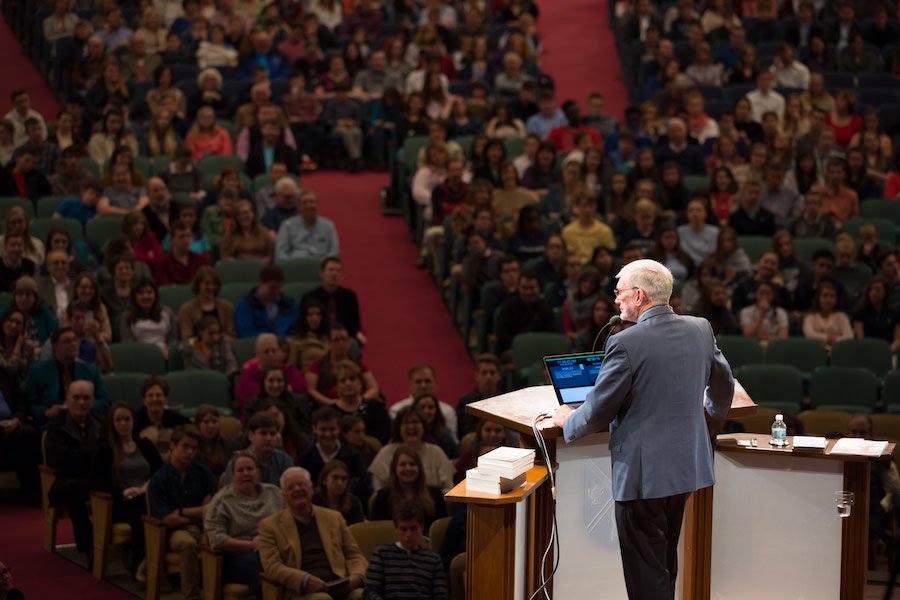 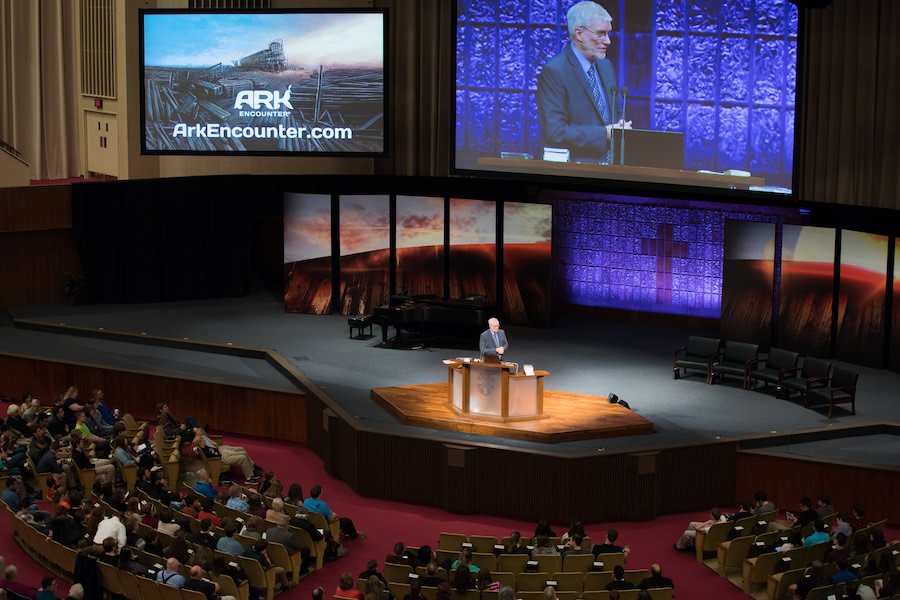 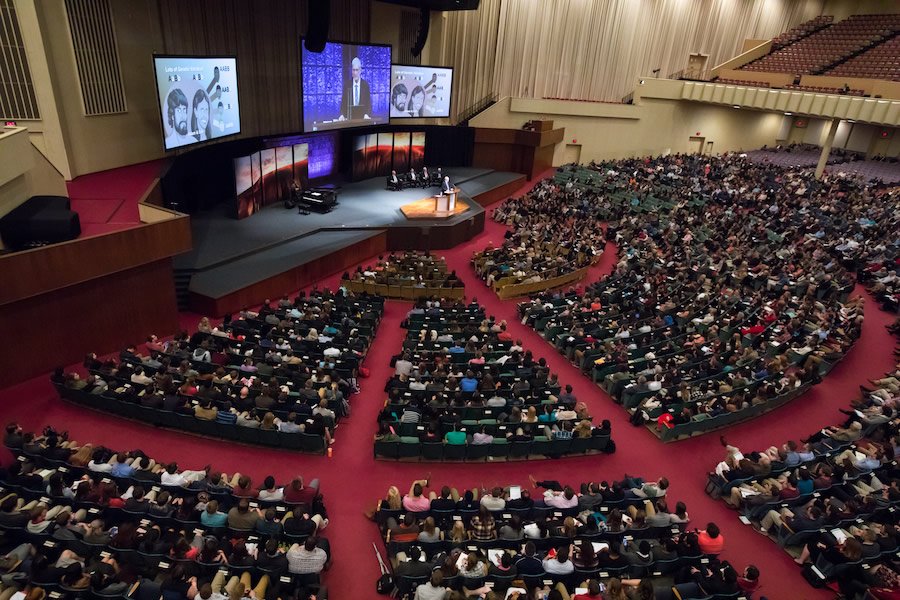 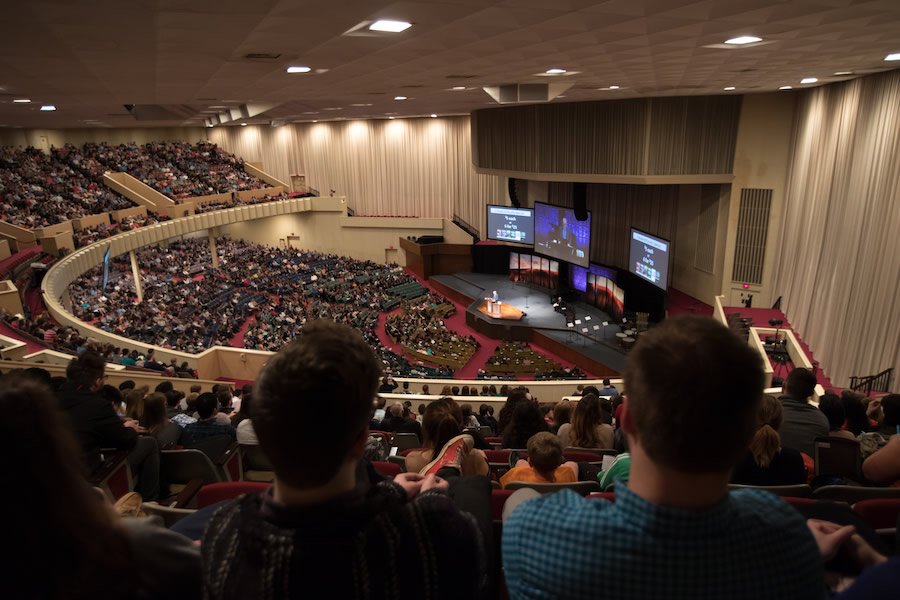 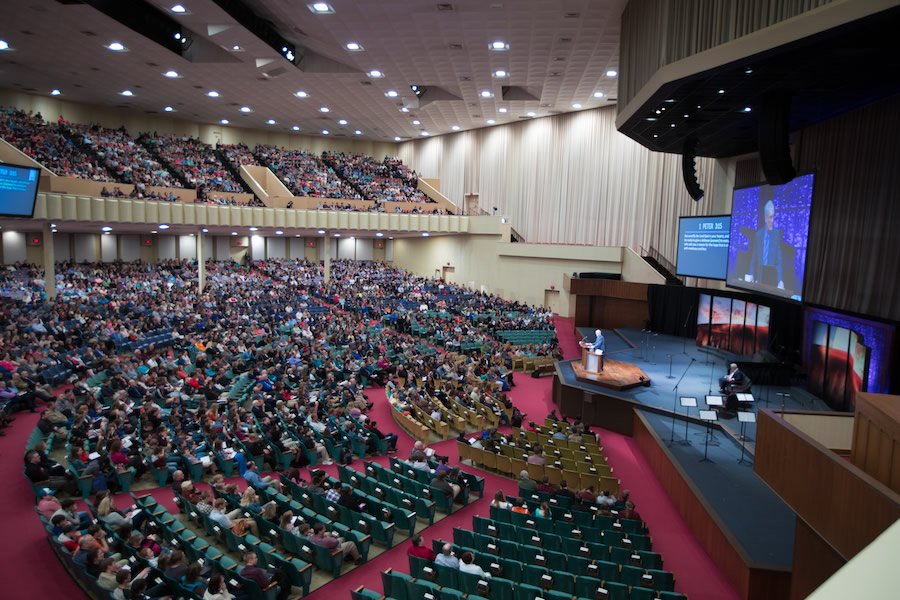 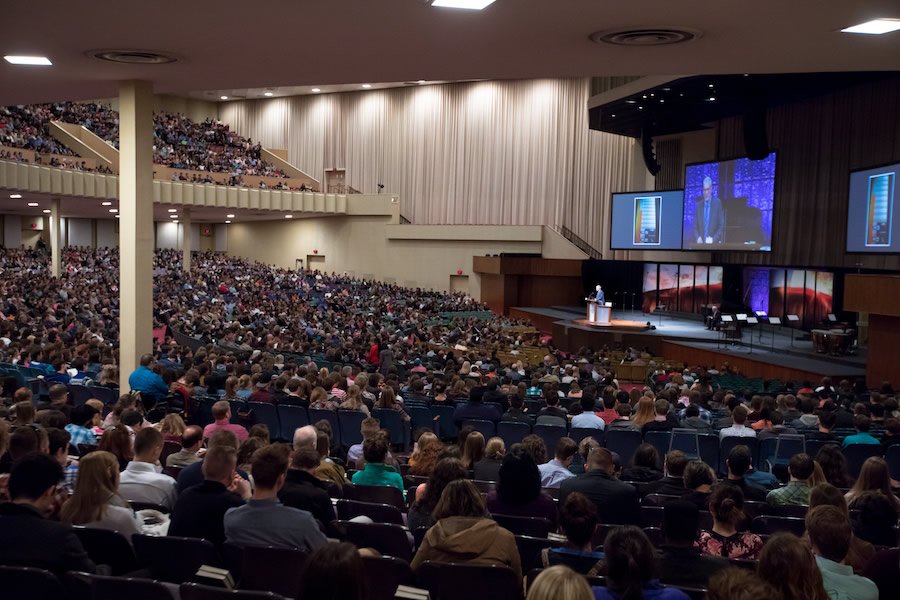 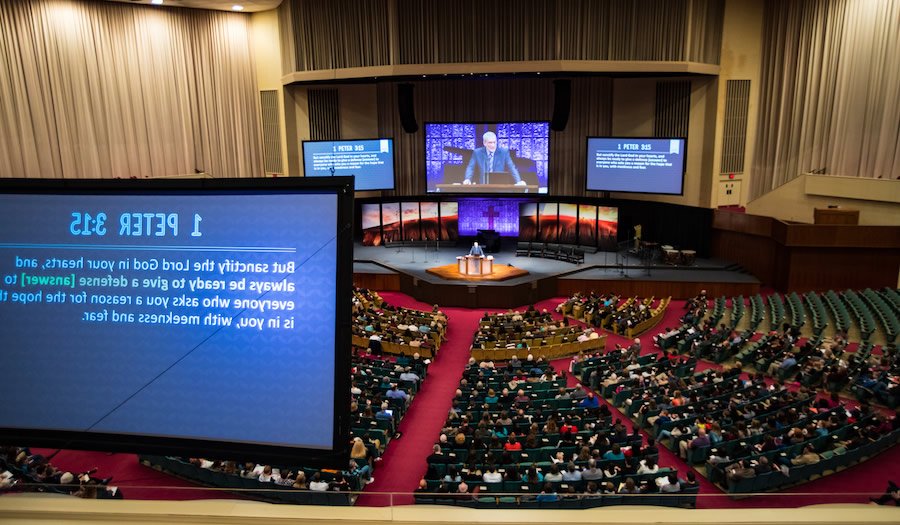 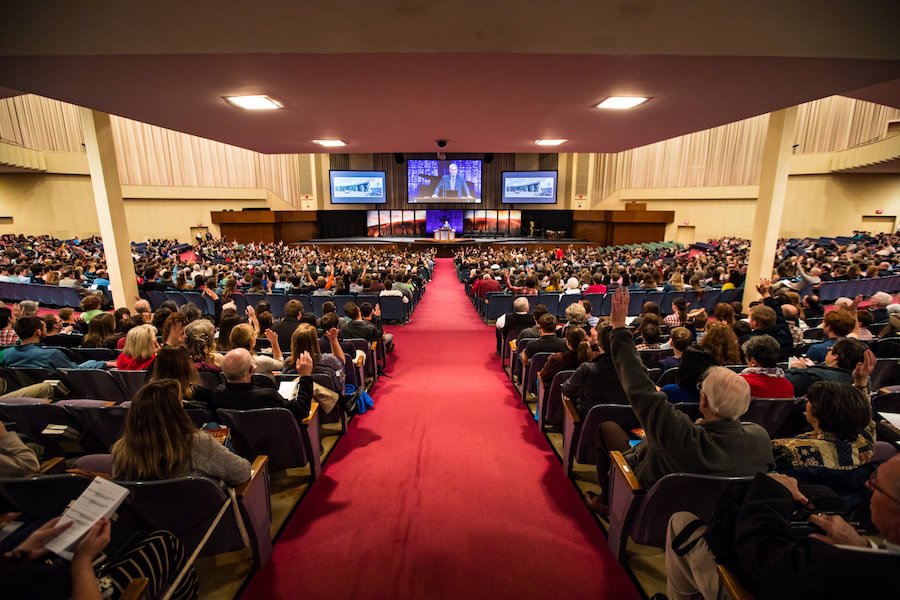 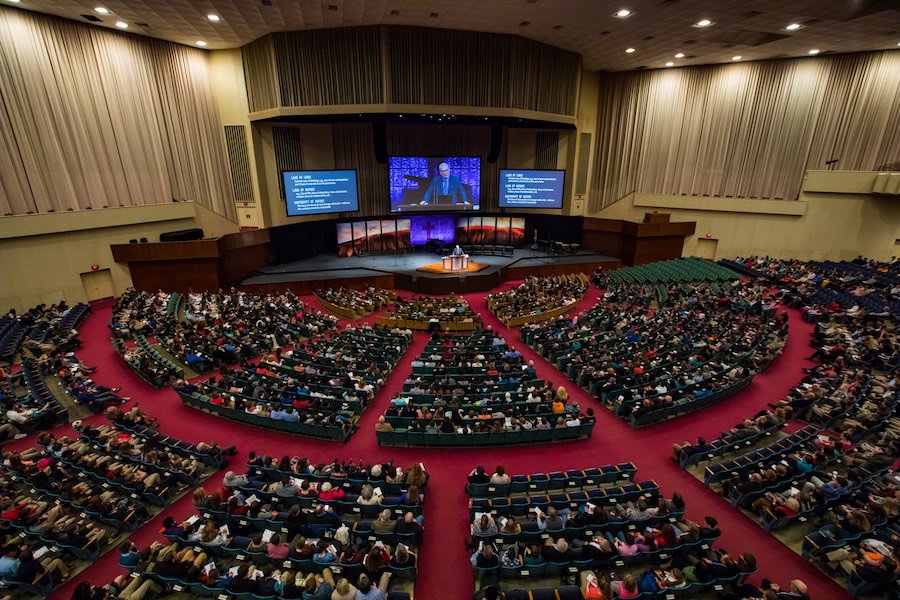 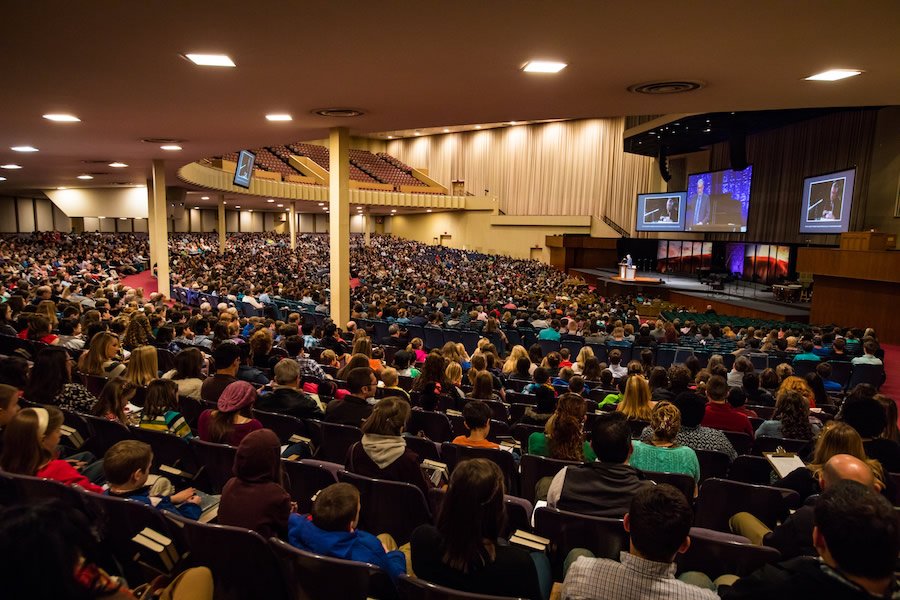 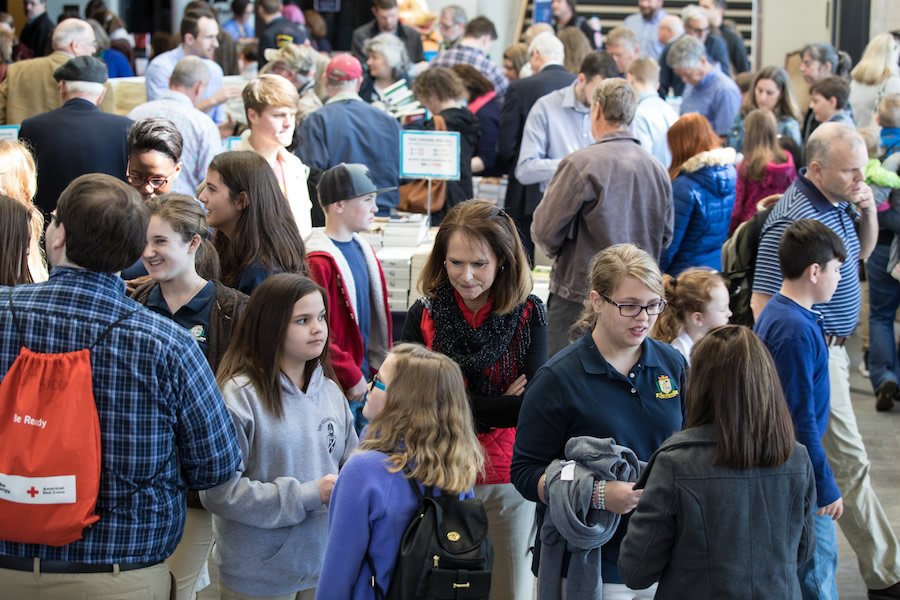 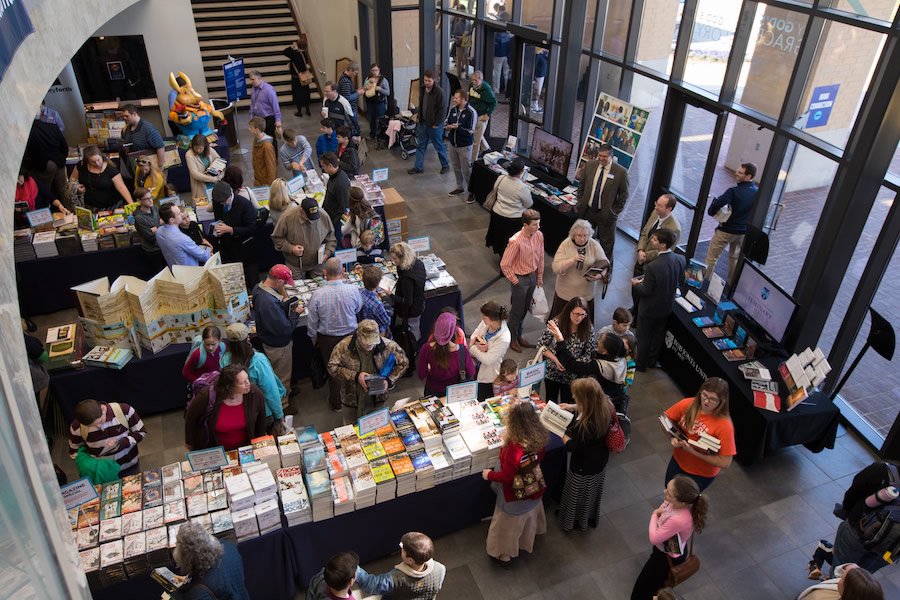 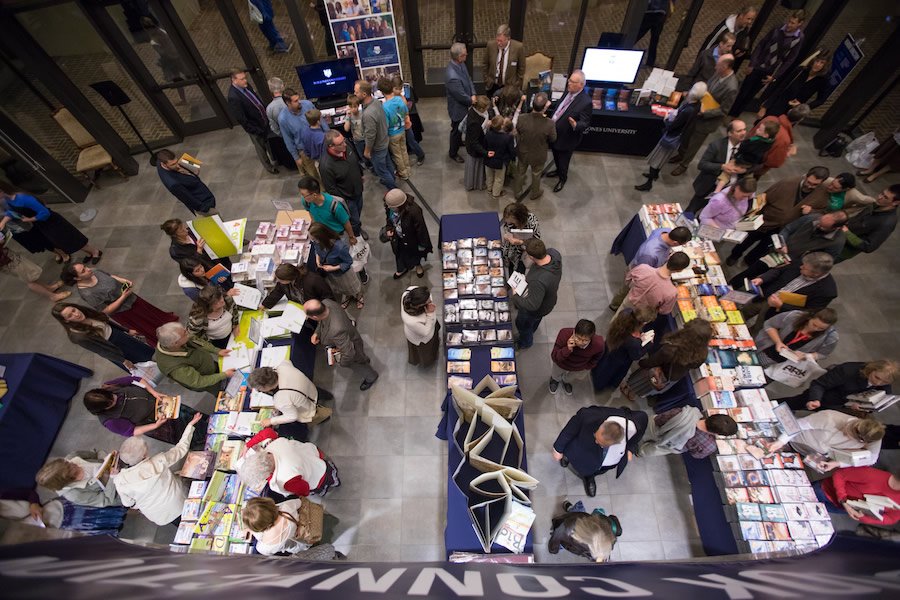 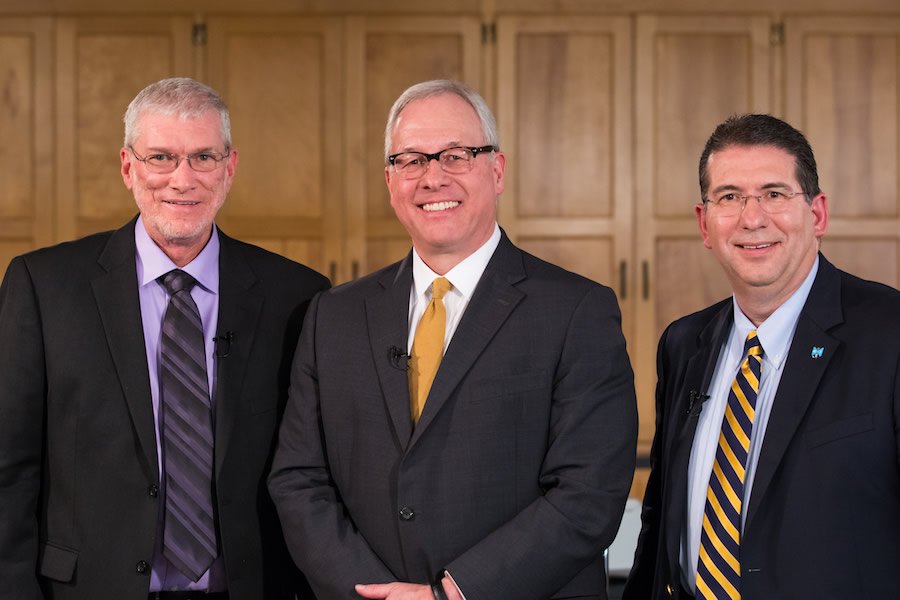 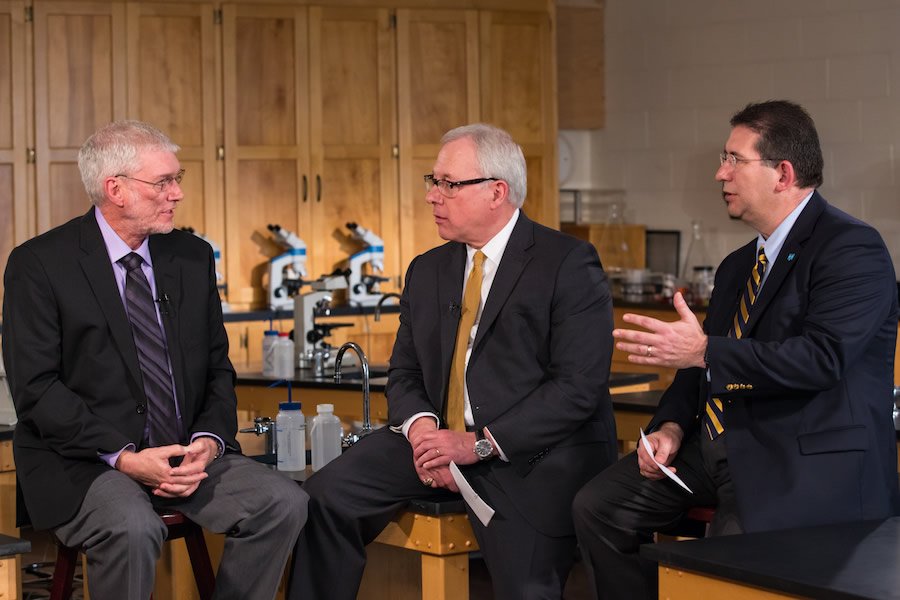 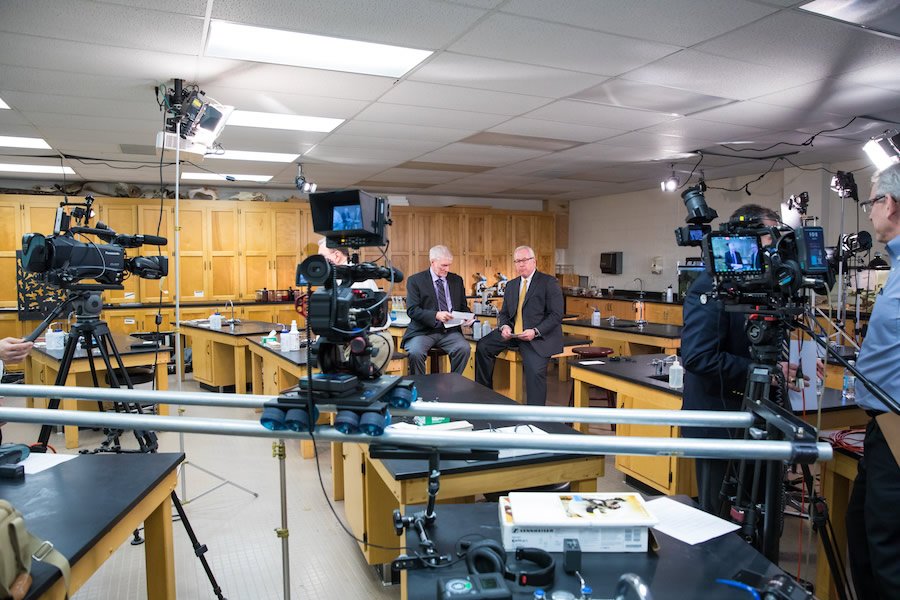 I also did two Facebook Live videos while at BJU. The first one is a short interview with the president of BJU:

It was also a great honor to be welcomed to South Carolina by its Lieutenant Governor, Kevin Bryant, who addressed the 4,000 students at the beginning of my session at BJU. 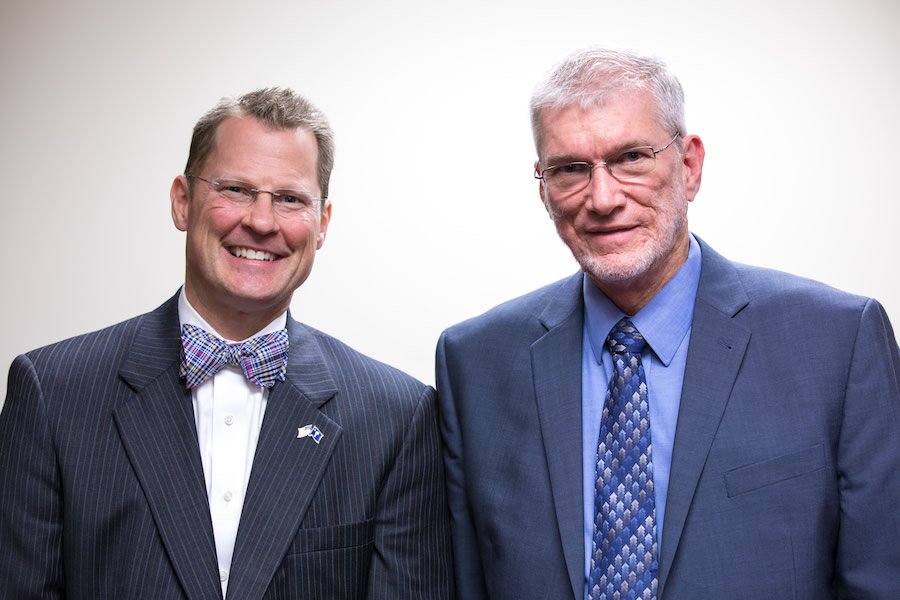 After each of my presentations, I spent considerable time meeting with students and other guests. 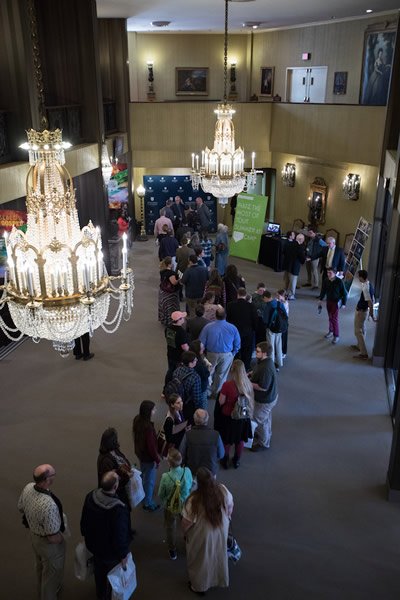 Praise the Lord that amidst the rampant compromise we see in most Christian institutions and the evil we see permeating our culture, God has raised up places like BJU that stand as a beacon of light disseminating the truth of God’s Word. This gives me hope for coming generations who will boldly stand for the Lord in an increasingly secularized culture.

You can view the eight presentations I gave at the following links: