New Proposal: Deny Accreditation to Schools Based on “Science” 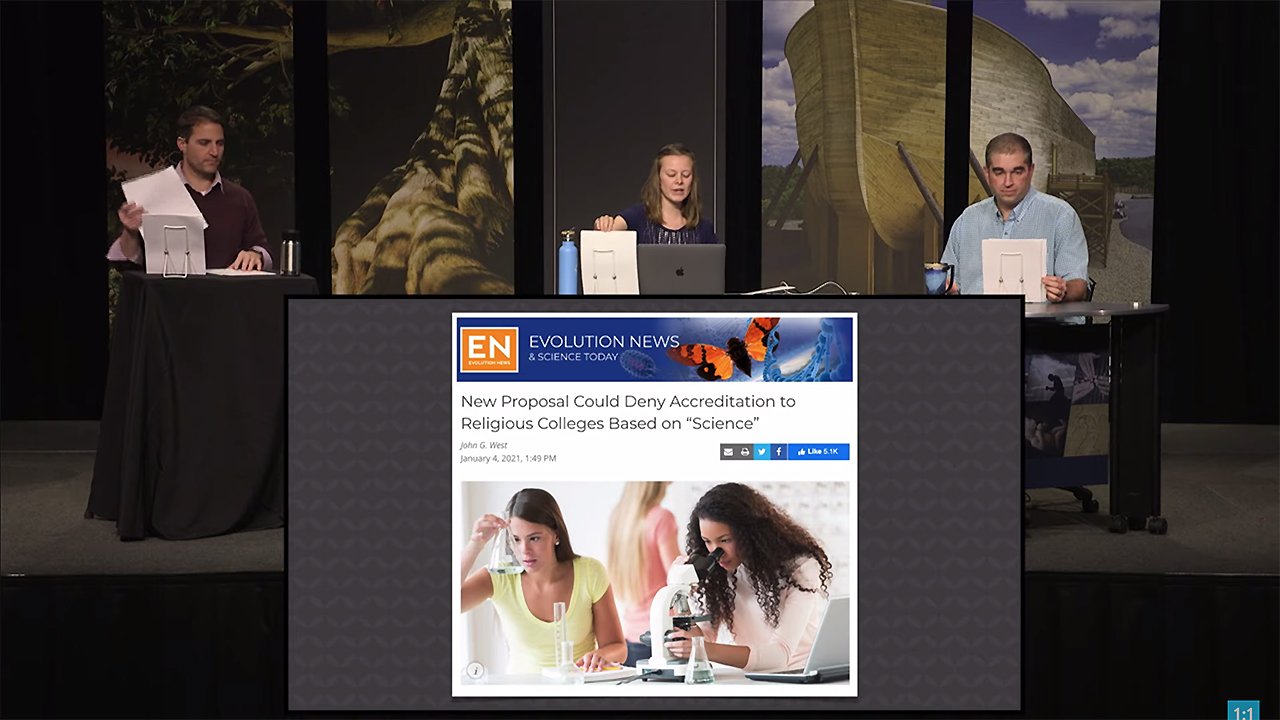 Here in the United States, the Higher Education Opportunity Act protects religious colleges, allowing them to operate according to their beliefs and not be denied accreditation because of them. Given the current cultural climate of intolerance towards (largely) Christianity and the squelching of religious freedom, it comes as no surprise that one secular group, the UN-sponsored Human Rights Council, has proposed that the US Department of Education under the new administration adopt new regulations to “Ensure Nondiscrimination Policies and Science Based Curricula Are Not Undermined by Religious Exemptions to Accreditation Standards.”

In other words, if a Christian college doesn’t present evolution as fact, teaches the Bible as the true history of the world, and doesn’t support the LGBT agenda, they shouldn’t be allowed to be an accredited college.

In other words, if a Christian college doesn’t present evolution as fact, teaches the Bible as the true history of the world, and doesn’t support the LGBT agenda, they shouldn’t be allowed to be an accredited college. This would mean (as we’ve seen happen over and over) that secularists are free to practice their anti-God religion and impose it on the culture, but Christians may not live and teach by their beliefs that are based on the Bible!

Sadly, I predict this will become a reality very quickly as those schools that don't teach evolution as fact and who hold to a biblical worldview based on God's Word regarding marriage, gender, etc. (like those on our Creation Colleges list) will be deemed “un-accreditable” (indeed, this already happened to a proposed law school in Canada associated with a Christian college that believes in biblical marriage).

And it won't be long until there will be moves against churches and Christian organizations that hold a truly biblical worldview. As we've said all along, secularists don't want freedom for their views: they want to shut down Christian freedoms and impose only the views they approve on the culture. How long before the Bible is banned in our culture? Who would have ever thought we would even be discussing such matters in this once very Christianized culture.

Christian—are you prepared to stand? Are you willing to cling to and stand boldly on biblical truth, no matter the cost? I pray God uses such terrible education proposals, and everything going on in the larger culture, to wake up his church and bring them back to the authority of the Word of God, beginning in Genesis.

Proclaiming the kingdom of God and teaching about the Lord Jesus Christ with all boldness and without hindrance (Acts 28:31).

This item was discussed today on Answers News with cohosts Roger Patterson, Bryan Osborne, and Avery Foley. Answers News is our twice-weekly news program filmed live before a studio audience here at the Creation Museum and broadcast on my Facebook page and the Answers in Genesis Facebook page. We also covered the following topics:

Watch the entire episode of Answers News for January 25, 2020.

Previous Article Gift Match Update (And a Thank You!) Next Article Waking Up the Church?
* From my friend Buddy Davis' song “Billions of Dead Things,” available in our bookstore.