As the world watches to see which athletes are winning the gold medals at the Olympic Games in Vancouver, British Columbia, Answers in Genesis has symbolically awarded the first Canadian “gold medal” in what we are calling the “fearlessly going into the nation and upholding biblical authority” category. And the recipient is . . . the Creation Science Association of British Columbia (CSABC)—one of the leaders in creation ministry in that very needy country.

These “Canadian Crusaders” have been fighting for the biblical worldview in Canada for 35 years. They have joined us in bringing Answers in Genesis’s message to Abbotsford, British Columbia—near Vancouver—and visitors from around the world during the 2010 Winter Olympics. I will be speaking 5 times in Abbotsford on February 21 and 22—see the AiG calendar for details. This is a short drive east of Vancouver. At the same time, AiG has an Olympics witnessing team led by Dr. David Crandall handing out over 150,000 witnessing booklets and presenting the creation/gospel message to whomever they can.

The CSABC has been serving churches and individuals in the province of British Columbia since 1967 (the 100th anniversary of Canada's confederation, I have been told). They sponsor about five public lectures each year, inviting both local and internationally known apologetics speakers. In addition, the CSABC provides churches, Sunday school classes, and other groups with experienced speakers who are qualified to address the biblical and scientific aspects of creation/evolution. 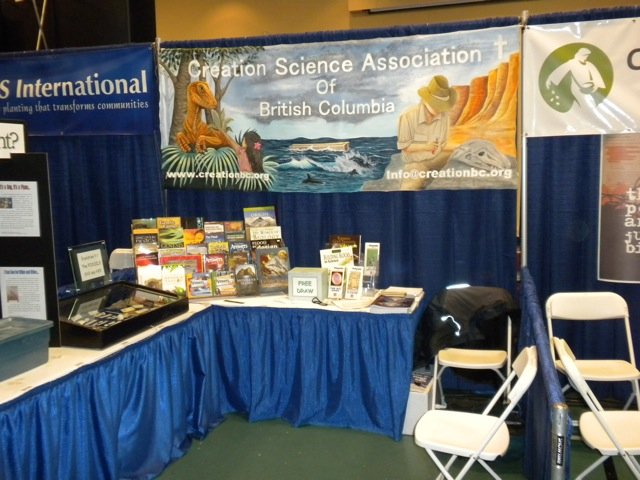 AiG is thrilled to be able to come alongside this group and assist them in getting the creation/gospel message to the people of Canada.

One of our staff members, Perry Petrushko, who used to live in Canada, tells me that in 1995, the province's left-leaning minister of education decreed that creationism and intelligent design could no longer be presented in public school science classrooms (an earlier policy allowed teachers more academic freedom). That year, says Perry, the CSABC worked with a group of Christians to bring Dr. David Menton of AiG to Abbotsford. The following year, they hosted Dr. Raymond Damadian, inventor of the magnetic resonance imaging (MRI) machine, as he spoke to an audience of well over 700 in Abbotsford.

The group's resource center is situated in White Rock, British Columbia (one hour south of Vancouver), in the home of George and Christine Pearce. For 35 years, George taught physics and other sciences in the public school system. I’ve known him for years. Now 71, he continues to be involved in teaching. George’s “Origins Science 11” is available to all British Columbia students as a four-credit elective course through Anchor Academy, an online school. The course explores Darwinian explanations for the origin of animals and humans, comparing evolutionary proposals with what is really found in the fossil record.

George and his wife, Christine, a certified preschool teacher, work together in running the resource center from their home. They select and stock books, DVDs, and other powerful materials enabling Christians to fight against evolutionary/naturalistic philosophy and defend the biblical/creation/gospel worldview. The White Rock resource center also includes a lending library stocked with high-quality creation DVDs (see the CSABC catalog on their website).

Recently, CSABC has spent many hours upgrading their website, adding dozens of articles addressing a variety of origins-related issues.Perry informs me that among the new articles is a series of thirteen hard-hitting pieces by CSABC vice-president Richard Peachey, who is also a public school science teacher. Those articles were published in the fall semester of 2009 as a series of weekly “advertorials” in the local university (University of the Fraser Valley) student newspaper. As a UFV alumnus, Richard challenged students, instructors, and staff to face the reality that creation is true and evolution is on shaky ground, both scientifically and biblically. Those articles, and much more, are available on the CSABC website.

Congratulations to the entire CSABC for a fine done. We praise God for the example it is setting for all Christians and especially those in Canada. And I look forward to being with them this coming weekend.

It is great to see a number of different media outlets carrying Answers in Genesis’s news release on our Canadian Olympic Outreach—for instance OneNewsNow.com carried this:

PETERSBURG, KY - A ministry linked to the Creation Museum near Cincinnati is sending more than 100 people to share the gospel with visitors to the Winter Olympics in Vancouver, British Columbia. The campaign will be led by the Reverend David Crandall, international director of Answers WorldWide.

Crandall says his group will arrive late next week for the last nine days of the winter games. They plan to pass out gospel tracts outside Olympic venues and hope to engage people from around the world in conversations about Christianity.

Crandall says nearly 200 people trusted Jesus Christ as a result of the Answers WorldWide ministry at the 2004 Olympics in Athens, Greece. “The Olympics provide a wonderful opportunity to fulfill the Scripture's mission challenge to take the gospel to the whole world,” he says.

“State of the Nation” Tomorrow Evening

A lot of media outlets are carrying the press release about our live webcast tomorrow evening (Tuesday) at 8:00 p.m. EST, when I will be addressing the topic of “The State of the Nation.” This presentation has been prepared to follow the President’s “State of the Union” address, but will deal with issues the President didn’t (and needed to)—the spiritual state of this nation and the real reason this nation has massive problems economically, spiritually, and morally.

Many church groups are even getting together to watch it. You can link from the www.answersingenesis.org or go directly to www.answerslive.org. We also have previous blog posts and a web article on the “State of the Nation” presentation you can read for more information.

This morning we sent a very sad notice to our staff: former AiG employees Kurt and Shari Streutker lost their precious daughter Celeste in an auto accident on Sunday. 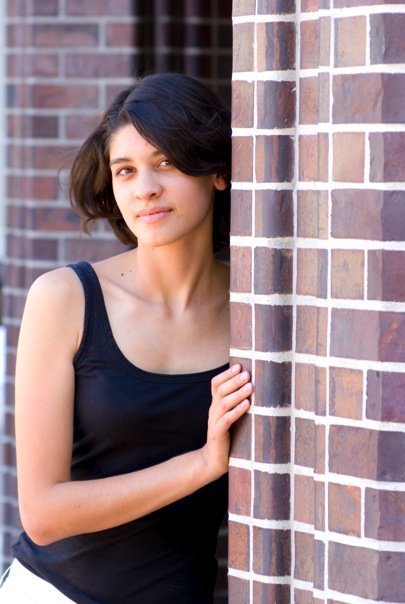 Here is what we shared with the staff by email this morning (the AiG office is closed for Presidents’ Day, and, thus, staff could not gather for prayer; however, since the museum remains open today—unless the winter weather gets worse—we have asked the museum staff to get together for prayer this morning).

A friend of the AiG ministry just got off the phone with former staff member Kurt Streutker (Kurt’s wife Shari also worked here at AiG—in the graphics dept and also in seminars) and has confirmed that Celeste Streutker died in a car/motorcycle accident yesterday in California. We had heard through Facebook accounts and text messages that Celeste had passed away, but the call this morning with Kurt confirmed it.

Pray not just for Kurt and Shari, but for their other daughter, Rachele. Also, since there are many in the extended family that are not saved, please pray for them, as they plan to attend the service (coming from Hawaii, northern California, and other places). Also, pray for the driver of the car who is in critical condition (Celeste was a passenger; the motorcyclist also died).

We will keep you posted about when and where the memorial service will be held.

(Psalm 17:15) As for me, I will behold thy face in righteousness: I shall be satisfied, when I awake, with your likeness.

Here we wake up each morning with the desire to see the Lord Jesus Christ in our devotions; one day we will wake up from death to see Him forever. Thanks for stopping by and thanks for praying, Ken

Previous Article The Fastest 7C’s and a Five Year Old! Next Article State of the Nation Address Tonight