Dr. David Crandall, director of AiG’s Answers WorldWide, reports that AiG was privileged to provide many books for the Theological Seminary in Ashtarak, Armenia. This seminary is located about a 30-minute drive from the capital city Yerevan. Dr. Joseph Kezele, an AiG supporter from Arizona who took the books to Armenia, sent this report:

Prior to my arrival the students were given The Answers Book and were requested to read it by my arrival.  They were given 50 hours of instruction over a two-week period. First, Why Won’t They Listen, The Evolutionary Sequence, The Bible Can’t Be Trusted, the 7C’s, The Relevance of Genesis, and “Six Days or Millions of Years” were presented. Then the first eleven chapters of Genesis were minutely dissected from the creationist standpoint in 18 PowerPoint presentations.

Those were followed by 22 more PowerPoints focusing on various areas of science and showing the Scriptural basis for  interpreting the science, and the final PowerPoint presented was “Hitler, Häckel, and the Medical Consequences of Evolutionary Thought,” demonstrating the logical outcome of evolutionary thinking as evidenced in 20th- and 21st-century world events.

Two written exams and a lab practical on fossils and rocks were also given. At the end of the two weeks they were given the nine other titles also provided by AIG and each a creation tie paid for by my church, Black Mountain Baptist. These students will never forget that experience.  Thank you for gifting the Russian texts to these students and to the Seminary Library.

In His Service  Joseph M. Kezele, M.D., President,  Arizona Origin Science Association. Imagine the impact that all of these young seminarians are going to have in their country as they take this learning experience to their pulpits in just a few years from now. This report is one of many reports that are coming in from around the world as Answers WorldWide aggressively works to get the creation  message to every major language group in the world.

I have included a photograph of the students holding various AiG resources. 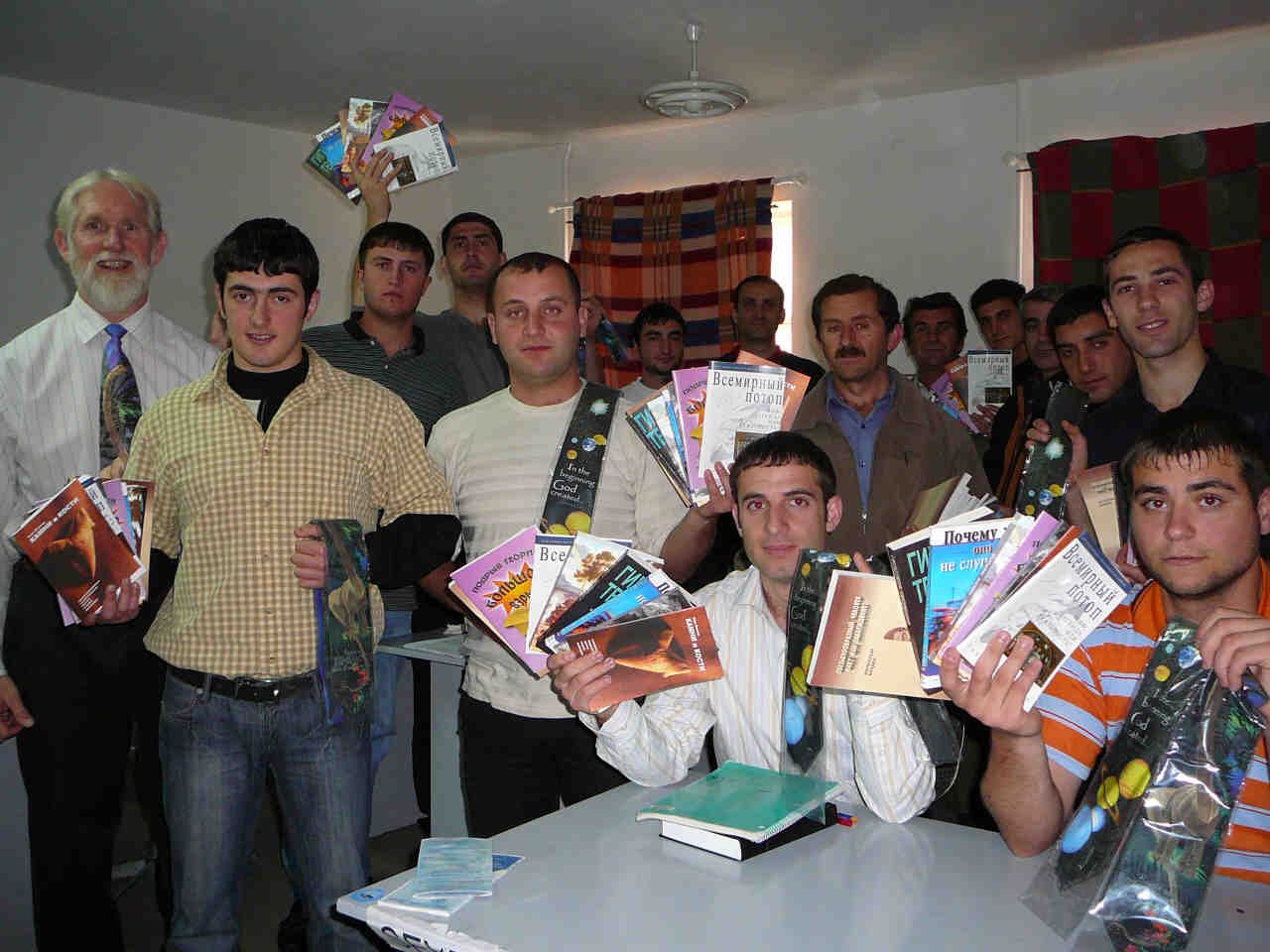 Here is the latest feedback we received about our VBS program Amazon Expedition:

We want to thank AiG for their great VBS material Amazon [Expedition]. Our church recently used the material, and everyone from the workers to students loved it. The songs were great tools of teaching as well. I filled in one night taking an extra load of children home, and all the way home they were singing “I’ve Got DNA.” The whole program was biblical and explained creation science very plainly. . . . Many of the youth who were transported in were asking questions because it opposed the evolutionary teaching they received in school. It gave a lot for them to think about and changed a lot of opinions. The conversion of the Pilot was drastic, and the compassion of Dr. Jones was very Christ-like in the skit. Looking forward to a new program for next year.

Here is a link to a section on the VBS website where you can read more of the feedback we’ve received. We will be posting more reviews over the next few months:

I have included a photograph taken of our witnessing group that exhibited at the National Education Association (NEA) convention (I had a previous blog about our team that went to the NEA) in Ohio Congressman Boehner’s office in Washington, D.C., on July 3, 2008. The Congressman arranged for the AiG group to take a tour of the Capitol Building. 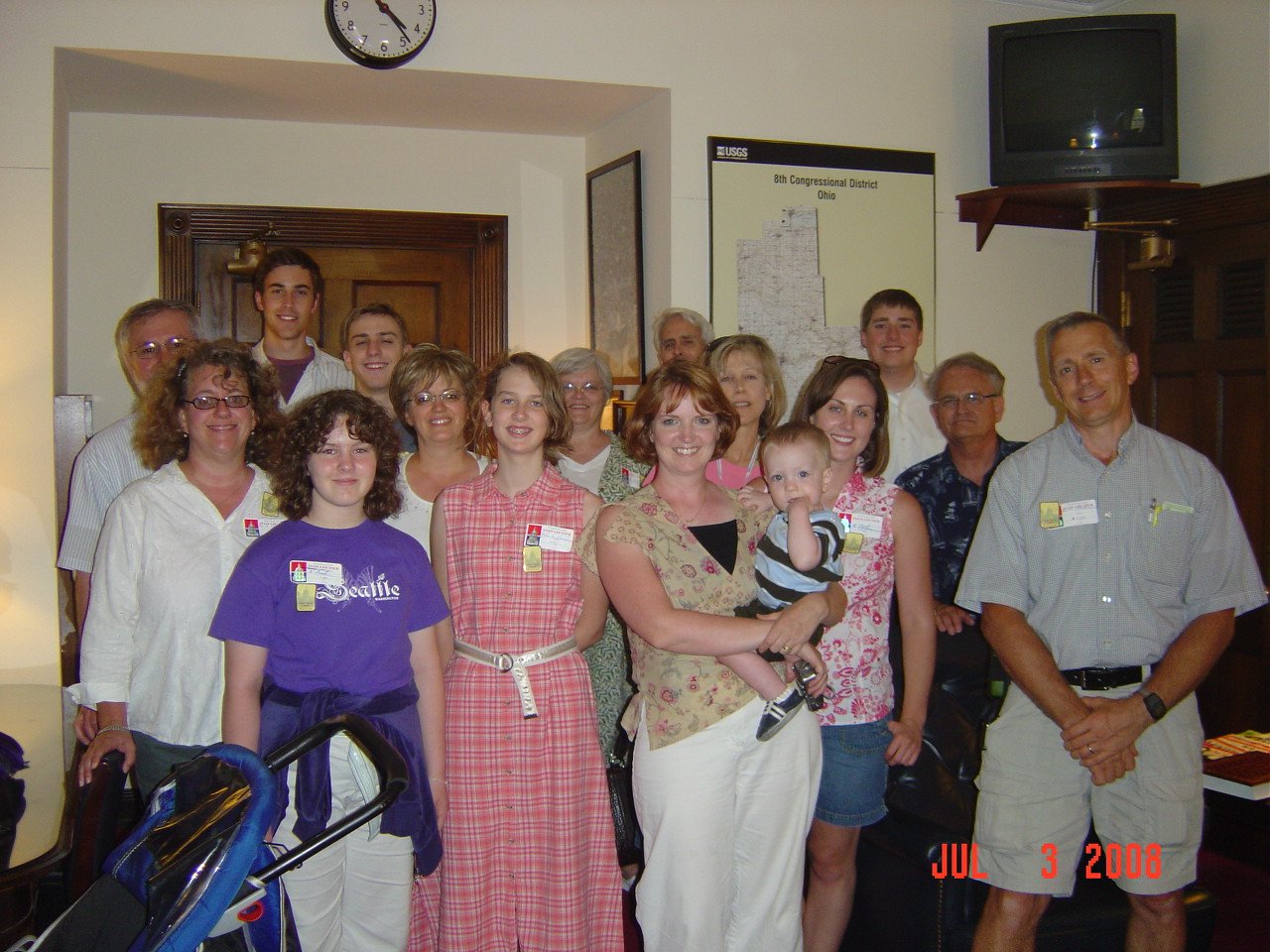 Dr. John Whitcomb, co-author of the famous The Genesis Flood book that really started the modern creation movement in the 1960s, brought a group of people from Grace Brethren churches to the Creation Museum yesterday. We often catch up with Dr. Whitcomb, who is a great friend of AiG. I have included a photograph of Dr. Whitcomb and his wife Norma, taken at the museum Sunday afternoon. 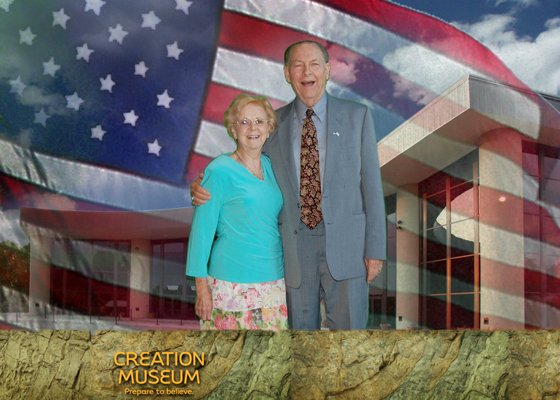