Another ‘Twist’ on the Origin of Species

Recently, a team of scientists from the United States, Canada, and Europe discovered a new species of unusual microbe.1 An evolutionary outlier, this species disclosed more hints about the young earth creation (YEC) model of the origin of species than about Darwin’s original thesis.

What was this species? The authors collected Ancoracysta twista from a brain coral. Aptly named, A. twista moves via two flagella. It’s also a hunter. If you can imagine predators that come in single-cell form, A. twista preys on other single-celled creatures.

In terms of ancestry, A. twista did not easily fit on the standard evolutionary trees. Genetically, this microbe was very distant from all other species that the authors examined. It did not group with any of the major evolutionary lineages. Distinct from plant, fungal, and animal groups, A. twista was not even closely aligned with the weird microbial world of algae, amoebas, and single-celled parasites like Toxoplasma and Cryptosporidium. (You know you’re in a weird world when the creatures themselves can’t be described without alien-sounding words.)

In evolutionary biology, an outlier like A. twista is no problem. If evolution actually made rigorous, testable, falsifiable predictions, you might expect some trouble to follow the identification of such a weird species. But regarding where on the evolutionary tree A. twista should be found, you won’t find any predictions in the original paper. Even if you did find predictions, and if you also found that the predictions were not met, it wouldn’t matter. Evolutionists start their studies by assuming that all of life is related, and then they simply debate which particular spot on the evolutionary tree is the most appropriate. Had A. twista failed to match the expected spot, evolutionists would have simply moved it to another.

Evidence, Where Art Thou?

To understand the significance of this finding, we’ll have to dig deeper than the assumptions of the original paper. In other words, let’s ask why evolutionists assume that all species fit one large evolutionary tree. On what basis do they make this claim?

One of the longest-standing, most popular evidences for a single evolutionary tree is the pattern in which we can organize life. Darwin himself exulted in this fact:

It is a truly wonderful fact—the wonder of which we are apt to overlook from familiarity—that all animals and all plants throughout all time and space should be related to each other in group subordinate to group, in the manner which we everywhere behold—namely, varieties of the same species most closely related together, species of the same genus less closely and unequally related together, forming sections and sub-genera, species of distinct genera much less closely related, and genera related in different degrees, forming sub-families, families, orders, sub-classes, and classes.2

Consistent with this pattern, A. twista fits the groups-within-groups manner in which species are generally classified. Though the specific group to which A. twista belongs is rather isolated from the rest, it still belongs to a general hierarchy.

Evolutionists think this groups-within-groups pattern is exactly what should be produced if natural selection has been operating over millions of years all over the globe. Again, Darwin is the father of this expectation:

To the best of my judgment, it [the groups-within-groups pattern of nature] is explained through inheritance and the complex action of natural selection, entailing extinction and divergence of character, as we have seen illustrated in the diagram.3 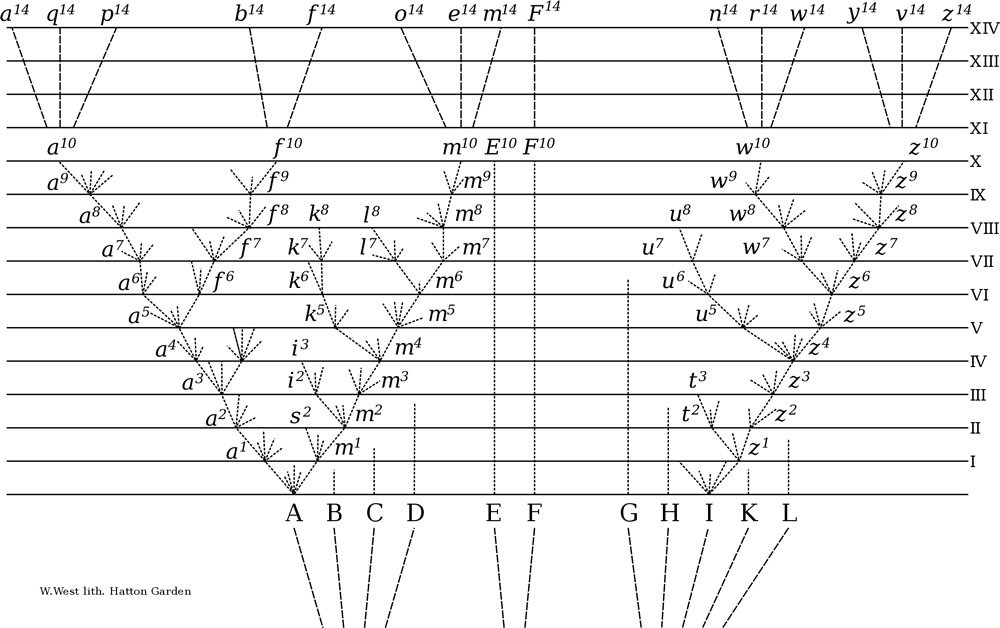 Diagram of Divergence of Taxa, based on the only image in Darwin’s On the Origin of Species. Image by Inductiveload, via Wikimedia Commons.

Is the fact that A. twista fits this pattern an example of evidence for evolution (and against creation)? Sadly, in their view of creationists, many evolutionists are stuck in 1859. When Darwin first published his book, he thought groups-within-groups patterns were exclusive evidence for evolution:

On the view that each species has been independently created, I can see no explanation of this great fact in the classification of all organic beings.4

Since 1859, creationists have become much more skilled in reasoning about the world from a biblical perspective. First, they reject “the view that each species has been independently created.” Second, though Genesis 1 does not describe the pattern God used when he created living things, this chapter does tell us that God made humans in his image. Therefore, humans possess something that reflects something about God. The exact identity of the something remains a matter of debate among theologians. But, at a minimum, humans reflect aspects of God.

Since humans are made in God’s image, it should be no surprise if God designed life in a groups-within-groups pattern as well.

Therefore, if we want to begin to understand how God might have designed things, it makes sense to look to the patterns in which humans have designed things. Humans naturally design things (like vehicles) in a groups-within-groups pattern.5 Since humans are made in God’s image, it should be no surprise if God designed life in a groups-within-groups pattern as well.

In other words, both evolution and creation expect a groups-within-groups pattern for species.

Thus, discovering quirky DNA in a new species doesn’t tell us much about how it got here.

Though the pattern in which A. twista can be classified reveals little about origins, the fact that a new species was discovered in 2017 hints at something else. Let’s approach this discovery by way of a popular objection to the YEC view of the origin of species. Critics of creation claim that the concept of kinds6 is scientifically unworkable. If Noah took representatives of each land-dependent, air-breathing animal family on board the Ark, then tens of thousands of species must have formed post-Flood. Critics think that this much speciation is not possible in just a few thousand years. In fact, evolutionists think creationists believe in a form of hyper-evolution—more evolution that Darwin proposed!

Discoveries like A. twista mute the force of these types of objections. The identification of A. twista is just one example of a general principle: on average, the scientific community discovers thousands of new species each year. This fact has been true for the last century.7

Are all of these discoveries of new species just that? Do they represent the fruits of exploration, the end result of a long search for species that have always existed, hitherto undiscovered? Or might some of these species have been undiscovered because they formed only recently? As long as this breakneck pace of new species discovery continues, we’ll continue to ask these questions.

Consider this: If some of these species discoveries represent the fact of recent species formation, then secular scientists will have been staring at the evidence for the YEC model of speciation for over a century.