The reality of many biblical events is hotly debated among archaeologists. We’re familiar with many of the debates regarding Israel, but what about neighboring ancient Jordan? The Bible says several kings arose there and opposed Israel. Can the Bible be trusted?

Several odd-sounding nations ending with –ite crop up again and again in Scripture. To most of us, they are just names on a page, but to the ancient Jews, they were sometimes fearsome neighbors to be dreaded or subdued. Among these were the Ammonites, Moabites, and Edomites. Who were they? Where did they come from? What happened to them?

Since so few artifacts survive from these peoples who lived 2,000–3,000 years ago, many archaeologists have tended to dismiss them as either figments of the Jews’ imagination or glorified nomads. But their presence looms large in Scripture. God’s condemnations against them are often fierce. Malachi, for instance, prophesied of Edom: “But Esau I have hated, and laid waste his mountains and his heritage for the jackals of the wilderness” (Malachi 1:3).

Who is right about their existence? The Judge of all the earth or the skeptical archaeologists?

All you have to do is visit modern Jordan1 to find out. Tramp through the famous sandstone wastes of Petra, pictured above and made famous by the blockbuster film Indiana Jones and the Last Crusade. As you hear the echo of your footsteps rebound in Petra’s empty rooms and tombs cut out of the cliffsides, the silence reminds you whose word is true. This region once belonged to early peoples who are no more.

Petra is the most well-known archaeological site in Jordan, but the country is filled with other places of great biblical significance. Most Christians have no idea that several major events of both the Old and New Testaments took place here.2 Jordan is so tied to the Bible’s history that its very name comes from the biblical river. Jordan’s border today, as the eagle flies, is only twenty miles from Jerusalem.

Starting with Genesis 14:2, we learn of Abraham’s neighbors in the “cities of the plain,” which were almost certainly in Jordan. In Numbers we read of the last miles of the wilderness-wandering Israelites before they miraculously crossed the Jordan River into the Promised Land. That final trek occurred in Jordan, where Moses died at Mt. Nebo.

Archaeology has shown that these three people groups have been portrayed accurately in the Bible.

In the New Testament, John the Baptist most likely baptized Christ on the eastern side of the Jordan River. The historian Josephus says that John was beheaded at Machaerus, Herod’s fortress in Jordan near the Dead Sea. Christ and perhaps also the Apostle Paul traveled through this region on their way from Jerusalem to Galilee.

The focus of this article, however, is the three ancient peoples who lived in Jordan during Old Testament times. Interestingly, all three are mentioned in one verse—1 Samuel 14:47. From north to south lived the Ammonites, the Moabites, and the Edomites.

Their history is fairly obscure, apart from the Bible. Thus many archaeologists who hold a low view of the Bible’s history have taken the minimalist view. They tend to doubt anything the Bible states about the Ammonites, Moabites, and Edomites unless they find independent confirmation.

Yet the Bible can rightly be called a history book, for it presents the history of God’s interaction with His people—as well as His redemptive message proclaimed to all people—from Genesis to Revelation. By using the science of archaeology, we can see that these three people groups, located in what is known today as Jordan, have been portrayed accurately in the Bible.

Discoveries over the past 150 years have forced archaeologists to acknowledge that the Ammonites, Moabites, and Edomites existed. But they are still skeptical about the details recorded in the Old Testament. Yet each new discovery, if carefully interpreted, verifies the truth of God’s Word at every turn.

The Bible refers to three ancient peoples on Israel’s eastern border, but because archaeologists have had little information about them, they have long been skeptical. New evidence is confirming what God said all along—Israel’s neighbors were formidable kingdoms to be reckoned with.

A statue of the Ammonite king Yerah Azar (eigth century BC) was discovered at the Amman Citadel in 2010. 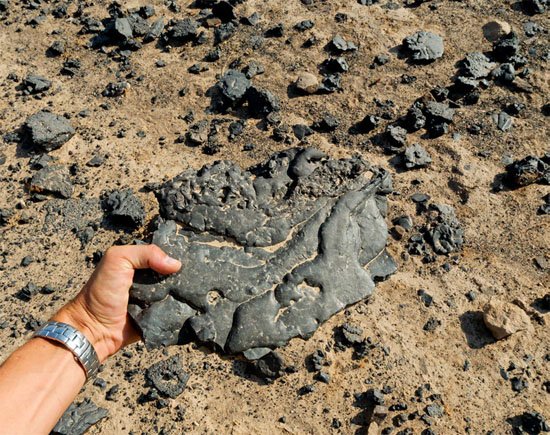 In the far north of Jordan lived the Ammonites. Mentioned in several places in the Bible, the Ammonites were descendants of Lot, the nephew of Abraham (Genesis 19:38). The spelling of Jordan’s modern capital, Amman, hints at the historicity of the Ammonites. It sits on the site of ancient Rabbath-Ammon, the only Ammonite city mentioned in Scripture (and presumably their capital; see Deuteronomy 3:11).

As one of the neighboring city-states near Israel, the Ammonites often fought the Israelites (Judges 11:33; 2 Samuel 12:29–31; 2 Chronicles 27:5). It was at Rabbath-Amman that Uriah the Hittite died on David’s orders to cover up his adultery (2 Samuel 11). An Ammonite inscription dating to the ninth century BC (right after Israel’s kings David and Solomon) appears to portray the dedication of an Ammonite king.

Extra-biblical evidence from archaeology and ancient texts clearly shows that there was a group called the Ammonites well before the time of Christ. Archaeological digs at the Citadel in Amman—the location of the ancient mound of the city Rabbath-Amman—uncovered the remains of an Ammonite palace, including defensive walls.

The Moabites, located in the middle of Jordan, were also the descendants of Lot (Genesis 19:37). They lived on the east side of the Dead Sea, across from Israel. The Moabites are mentioned in Genesis 19:37 and Deuteronomy 2:9. It was Balak, a Moabite king, who in Numbers 22–24 called on Balaam to curse Israel. Also, the book of Ruth records the account of the Moabitess, Ruth, who appears in Christ’s lineage (Matthew 1:5).

Outside of the Bible, can we know there really was a group of ancient people called the Moabites? In 1868, the Moabite Stone was discovered, dating back to the kings of the Old Testament. A monument created by Moabite King Mesha (who rebelled against Judah in 2 Kings 3:4–27), also mentions “Omri, king of Israel” by name. Many other Old Testament place names, as well as Chemosh, the name of the Moabite god, appear on this stone (Numbers 21:29).

A damaged portion of its inscriptions appears to refer to “The House of David,” though the first “D” is missing. If this reading is correct, it would help deal another blow to the minimalists who say King David never existed.

To the south of the Ammonites and Moabites lived the Edomites, the descendants of Esau, Jacob’s twin (Genesis 36).

While there is no longer any serious controversy as to whether the Edomites of the Bible existed, most minimalists have rejected the claim in 1 Chronicles 1:43 that kings “reigned in the land of Edom before a king reigned over the children of Israel.” But recent discoveries at Khirbat en-Nahas in Jordan have shown otherwise.

Digs at Khirbat en-Nahas have uncovered a large copper-smelting operation, dating to the tenth century BC.3 This timeframe is supported by the discovery of pottery remnants, radiocarbon dating of olive pits, and Egyptian artifacts. Egypt had a trading relationship with Solomon when he ruled the region, and Egypt ruled there shortly after Solomon’s death in the tenth century BC. 4

With thousands of tons of slag (the by-product of smelting ore) having been found, it is clear this was part of a large-scale copper-mining operation.5 Simple tribal societies could not have accomplished something of this magnitude. Edom certainly represented a nation (or part of another well-established kingdom). Such compelling evidence runs counter to the minimalists.

The word Edom means “red” in Hebrew. Originally said of Esau (Genesis 25:30), it can also be connected with the famous red sandstone of the region. We don’t know exactly what happened to the Edomites, just that the prophet Malachi predicted their downfall. And we can still see the stone edifices of the Nabataeans who eventually replaced them, including their deserted, but still-magnificent, capital at Petra.

A visit to Jordan will enrich any Christian’s understanding of the Bible and its history. Using the Bible as a roadmap, starting with Genesis, believers will see that many significant biblical events took place in Jordan. Visiting Jordan helps bring to life the Old Testament history that we already know to be true.

Mark Looy is CCO of Answers in Genesis and is one of the ministry’s founders. Mark has his bachelor’s and master’s degrees in history from San Diego State University and is the author of countless articles on a great variety of topics.

Excerpt from a Christian Travel Guide to Jordan

PDF Download
Previous Article Evolution or Millions of Years—Which Is the Greater Threat? Next Article Which Came First—The Chicken or the Egg?