A Fin with a Function

The fish in many fish families have a small fin on their backs, called an adipose fin, located between the large dorsal fin and the tail fin. For years researchers believed the fin was a useless leftover from the fish’s supposed evolutionary past, so at salmon hatcheries they would clip the fins as a harmless way to mark each fish so they knew where it spawned.

But a marine biologist in Canada noticed that fish jerked when the fin was cut. After further investigation, he discovered that these fish had to work harder to swim, putting the altered salmon at a disadvantage in the wild.

In fact, the adipose fin contains a network of nerves that likely serves as a sensory organ. Clipping the fin may decrease the salmons’ ability to navigate turbulent waters.1

In this instance, it looks like evolutionary assumptions led hatcheries to handicap the very fish they had hoped to save. 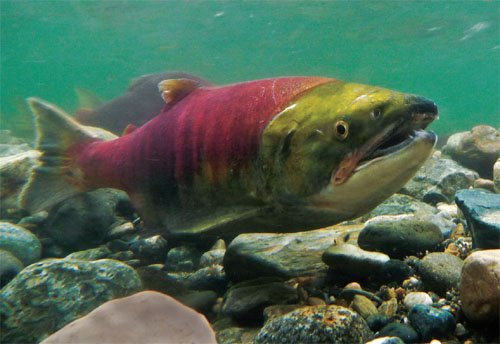 Recently marine biologists noticed the importance of a seemingly useless small fin on the backs of salmon.