This book deals with the relevance of a literal Genesis. I pray that it will challenge the mind and heart in pastor, layperson, scholar, and student alike.

I was reared in a Christian home where the Bible was totally accepted as the infallible, inerrant Word of God that provided the basis for the principles to be applied in every area of life. I recognized the conflict when as a high school student I was taught the theory of evolution. If Genesis was not literally true, then what part of the Bible could I trust?

My parents knew that evolution was wrong because it was obvious from Genesis that God had given us the details of the creation of the world. These details were important foundational truths for the rest of Christianity. At that time, the current wealth of materials on the creation/evolution issue produced, for instance, by the Institute for Creation Research, were not available. I recall going to my local minister and asking him what to do about the problem. He told me to accept evolution but then add it to the Bible so that God used evolution to bring all forms of life into being. This was an unsatisfactory solution to the problem. If God did not mean what He said in Genesis, then how could one trust Him in the rest of the Scriptures?

I went through my science degree and my teacher training year pigeonholing this problem, regurgitating to the lecturers what they told me concerning evolution. I did not know from a scientific perspective why I did not believe in evolution-but I knew from a biblical perspective it had to be wrong or my faith was in trouble.

Just before I received my first teaching appointment, the associate director of a teachers' college in Australia, Mr. Godron Jones (a member of the church I was attending) gave me a small book outlining some of the problems with evolution. He also told me of books that were becoming available on this topic-books authored by such people as Dr. Henry Morris. I searched the book shops to try to collect as much of this material as possible. The Genesis Flood by Morris and Whitcomb was one of the first books I read on the subject. When I realized there were easy answers to this creation/evolution dilemma, there came a real burden from the Lord to go out and share this information with others. I could not understand why the Church had not made people aware of this information that really helped restore my faith in the Scriptures.

Understanding the foundational nature of the Book of Genesis to all Christian doctrine was a real awakening. This book is the result of a series of messages developed so that Christians could understand the significance and relevance of Genesis and the real nature of the creation/evolution issue. Over and over again, people have come and said that they had never realized the importance of Genesis-in fact, for many of them it meant a complete revival of their faith. It is gratifying to know that many of these people are still committed supporters of the creation ministries.

This book deals with the relevance of a literal Genesis. I pray that it will challenge the mind and heart in pastor, layperson, scholar, and student alike.

Previous Chapter Foreword Next Chapter Christianity Is Under Attack 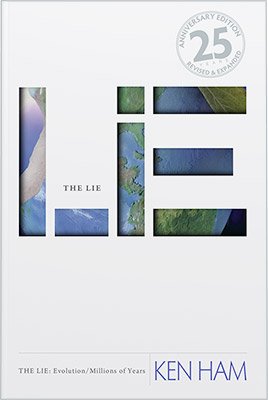