Famed British astrophysicist Stephen Hawking died today. Interestingly, Albert Einstein was born on the same date in 1879. Furthermore, both men died shortly after their 76th birthdays. These facts wouldn’t be remarkable if their work and writings were not so intimately related.

At a relatively young age, Einstein developed the theory of general relativity, which for a century has been the dominant theory of space, time, and gravity. Not only was Hawking brilliant, he had good timing. When Hawking was in his 20s, most astrophysicists came to embrace the existence of black holes and the big bang cosmology. General relativity is the mathematical model used to understand both. Using general relativity, Hawking contributed more to the understanding of black holes and the naturalistic big bang model than any other person. 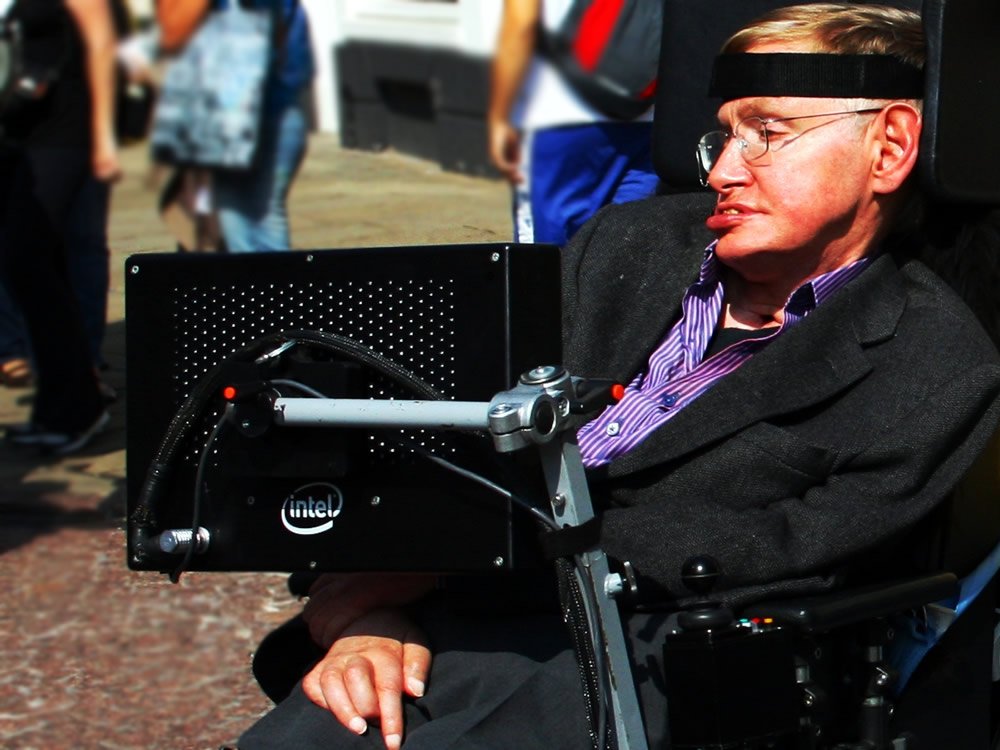 Hawking’s 1988 popular-level book A Brief History of Time was a huge success. It was well written, and it received rave reviews. The book sold very well, for it offered the hope to millions that they, at last, could understand black holes and cosmology. Alas, a quote attributed to Einstein is that “everything should be made as simple as possible, but not simpler” (though there is no evidence Einstein said this). This is complicated stuff, so many people who so enthusiastically began reading the book soon found that parts of it were very difficult. A Brief History of Time has been described as the “least-read best-selling book of all time.” Hawking also authored the more-recent The Grand Design. Many of the views he presented in his books have been critiqued by AiG in articles such as “Stephen Hawking's Emphasis on Universe Without God.”

While Hawking is famous for his contributions to astrophysics, his work may have escaped public notice if it weren’t for the diagnosis that he had amyotrophic lateral sclerosis (ALS) more than a half-century ago while he was in graduate school. This condition, often called Lou Gehrig’s disease in the United States for one of its more prominent victims, robs a person of bodily motor control.

Initially, physicians gave Hawking only a couple of years to live, but, obviously, this prognosis proved to be wrong. While he had early onset of ALS, it proved to progress more slowly than usual in his case. Hawking’s speech soon suffered, and as his control of his body continued to slip away, he was confined to a wheel chair. Again, Hawking’s timing was good, because advances in medical care extended his life far beyond what was possible only a few years before. And advances in computer technology made it possible for him to continue communicating his work with others via voice synthesizers that were controlled by what few motor controls he retained. The picture of Hawking in a wheel chair with a synthesized voice transformed him into an icon and folk hero.

As one might expect, the diagnosis of ALS had a serious impact on Hawking. He initially wanted to give up his graduate studies, thinking that there was no point in continuing, but he soon was convinced to return. It also had a very negative effect upon his marriage. Hawking and his first wife, Jane, were married in 1965, shortly after his diagnosis of ALS. They remained married for 30 years, though it became increasingly strained as Hawking’s illness progressed.

After their divorce, Jane wrote her autobiography (1999), which went through an update (2007), and was adapted into the 2014 film The Theory of Everything. In the books and in interviews, Jane described the ways in which Hawking changed during their marriage and how the Hawking she knew was very different from his public persona. Most striking was Jane’s conviction that her Christian faith sustained her in all this. She contrasted that with Hawking’s atheism.

We are each free to believe what we want, and it is my view that the simplest explanation is there is no God. No one created the universe, and no one directs our fate. This leads me to a profound realization. There is probably no heaven, and no afterlife either. We have this one life to appreciate the grand design of the universe, and for that, I am extremely grateful.

Before we understand science, it is natural to believe that God created the universe. But now science offers a more convincing explanation. What I meant by “we would know the mind of God” is, we would know everything that God would know, if there were a God, which there isn’t. I’m an atheist.

The laws may have been decreed by God, but God does not intervene to break the laws.

Regarding the afterlife, Hawking declared in 2011, “I regard the brain as a computer which will stop working when its components fail. There is no heaven or afterlife for broken down computers; that is a fairy story for people afraid of the dark.”1

There is no heaven or afterlife for broken down computers; that is a fairy story for people afraid of the dark.

Hawking also declared that philosophy is dead. He based this upon his belief that philosophers had not kept up with modern developments of science and that, consequently, scientists “have become the bearers of the torch of discovery in our quest for knowledge.”

Coming from a Methodist background, Hawking’s road to atheism is not clear. Was it because of his fascination with astrophysics that led him to the false conclusion that science can explain ultimate origins apart from a Creator? Did his affliction have a role, resulting in anger toward a God who would allow him to develop ALS?

While the world mourns the loss of such a brilliant mind, there is even more to mourn today, as a man passed into eternity without knowledge of the Savior of the world, Jesus Christ (although we don’t know what he was thinking concerning his mortality and afterlife in the final days of his life). We at Answers in Genesis mourn the fact that Hawking and many others have decided that science supposedly has proven that there is no God. However, we firmly believe that science, when properly understood, is consistent with the God revealed in the Bible.