Evolution: Not Even a Theory

Although some Christians have attacked evolution as “just a theory,” that would be raising Darwin’s idea to a level it doesn’t deserve. 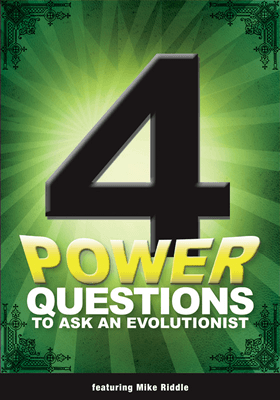 4 Power Questions to Ask an Evolutionist
Do you struggle to find an appropriate response to the proponents of evolution? In this presentation, Mike Riddle equips you to turn the tables by asking your evolutionist friends four simple—yet powerful—questions. Learn more.

A theory has its genesis in a hypothesis, which is a working assumption as to why we observe something—an educated guess. To test this assumption, scientists conduct experiments that either disprove or correlate with the hypothesis.

Over time, if a hypothesis continues to stand up to scrutiny and many different experiments, the scientific community may begin referring to it as a “theory.” In essence, this means that because the hypothesis has not been disproved over many years and no other known hypothesis works, then we can be reasonably sure that it’s accurate.

Theories, however, are not imperishable. If new technology allows better experimentation, for example, a theory may need to be discarded. (See Louis Pasteur’s Views on Creation, Evolution, and the Genesis of Germs).

Two problems prevent anyone from legitimately calling evolution a theory. First, there’s no direct, observable experiment that can ever be performed. Scientists can measure bones, study mutations, decode DNA, and notice similarities in morphology (the form and structure of animals and plants), but they can never test evolutionary events in the past.

Secondly, and related to the above, evolution misses the mark as a theory because all the supposed “tests” to confirm Darwinism do not necessarily and distinctively correspond to the idea. In other words, each has an alternate and equally viable explanation. A theory requires that the confirming experiments correspond to one specific hypothesis. Otherwise, the experiment cannot establish legitimacy. Evolution has no such legitimacy.

So What Is It? 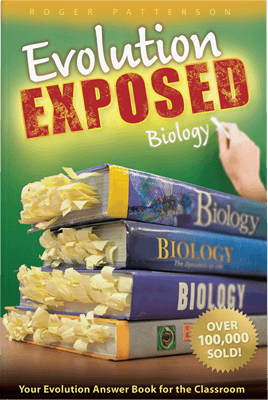 Check out this free online book that reveals and refutes every instance of evolution in America’s most popular biology textbooks, or purchase a copy.

Evolution, at its core, is a necessary requirement of naturalism. Since naturalists cannot allow a higher power, they must rely on a form of spontaneous generation and the unguided development of life. Either someone or something created, or nature created itself.

Because naturalism depends on this assumption, evolution artificially carries the weight of a theory for naturalists—without meeting the requirements. Evolution has been grafted in simply out of the desire to deny the Creator or to deny His power and authority.

No Need for a Theory of Origins

Ultimately, we have no need for a theory about the origin of life and the universe. God, our Creator, gave us a perfect, factual account of how and when He created, and how humanity came to be. While we can—and should—study His universe, He graciously provided the proper framework to truly understand—the Bible.

Evolutionary ideas are simply one way in which humans seek to deny God’s authority. In fact, all of us are guilty of this; all of us have rebelled from Him and deserve death. But because of His great love, God provided a means of being rescued through His Son, Jesus Christ, so that we may be made right with Him again (see The Gospel of Jesus Christ).