Putting the Bible Back in Schools 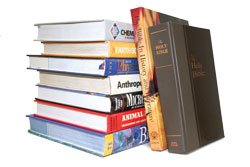 In 1963 the U.S. Supreme Court ruled that government schools cannot sponsor Bible reading. However, it did not restrict teaching about the Bible. In fact, Time magazine (April 2, 2007) recently reported efforts to return the Bible to public schools, and endorsed the liberal textbook published by the group known as the “Bible Literacy Project.”

But there is an alternative. The National Council on Bible Curriculum in Public Schools (NCBCPS), a nonprofit educational organization based in North Carolina, exists to promote the study of the Bible as an elective in junior- and senior-high classrooms nationwide. Its president Elizabeth Ridenour says tremendous progress has been made in this effort but that they have faced opposition from organizations like the American Civil Liberties Union and People for the American Way, which oppose even the mention of God in the classroom.

The NCBCPS publishes a 300-page teachers’ curriculum, The Bible in History and Literature, which uses the Bible as the textbook. Through study of the Old and New Testaments, the curriculum familiarizes students with the content of the Bible and compares it to other literature. Following constitutional guidelines, the course emphasizes that the Bible is the foundational document of our society and the single most influential book in shaping American culture, laws, history, and even language.

NCBCPS elective course materials have now been adopted by over 382 schools in 37 states. And these schools have yet to face a legal challenge in court.

Visit www.answersmagazine.com/go/bible-in-schools to read a review of the two major curricula being used in public schools.