Gain fresh insights into the people and events of the pre-Flood world through the engaging, adventure-filled first novel of the Remnant Trilogy.

Have you ever wondered what life for the man who built the Ark might have been like?

Most think of Noah as the man who built a ship and spent months caring for thousands of animals. But who was he and what events shaped who he would become?

Noah: Man of Destiny takes readers on a captivating, coming-of-age journey. Noah learns about the Most High while standing against a sinister belief system emerging throughout the land. Whether escaping legendary beasts, tracking kidnappers, or pursuing his future wife, Noah acquires the skills he will need when God calls him to his greatest adventure: surviving the global Flood. 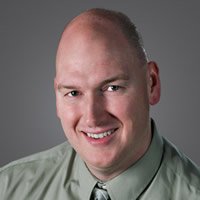 “ Step back in time and enjoy this living story exploration of what the pre-Flood world may have been like during the life of Noah, seeing what events shaped who he would become. Experience his challenges and his hopes as Noah grows in faith while the world around him drifts away from the one true God. Explore a story honoring the biblical history as you walk in Noah's footsteps toward a cataclysmic event that would change the world forever! ”

—Ken Ham, President and Founder of Answers in Genesis & The Ark Encounter