Look at the Fish 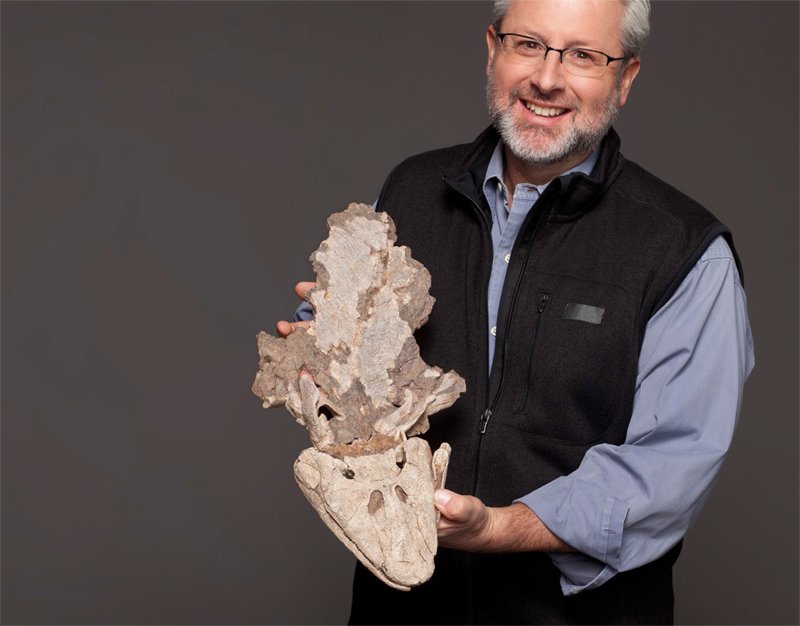 Neil Shubin, host of Your Inner Fish, holds a cast of a fossilized Tiktaalik roseae. The three-part PBS documentary series examines the evolution of the human body.

While the Fox TV network and National Geographic were broadcasting a big-bang sales pitch, Cosmos, PBS was doing its part for the evolutionary cause as well. In the mini-series Your Inner Fish, Harvard-trained paleontologist Neal Shubin described his discovery of the famous Tiktaalik tetrapod “fish” fossil, the first fish fossil with leg-like appendages.

Dr. Shubin, an enthusiastic teacher, focused on the idea that humans are descended from fish because our anatomy shares many features with fish, such as the bone structure of our limbs. The program is well done technically, but the case for evolution is not new. It is a slick repackaging of the argument that biological similarity means common ancestry.

Creationists point out that shared biological structures are the common designs we would expect from our common Designer. In the Bible, our Creator implores us to learn about life by looking at ants and lizards; and He even compares human anatomy to that of deer (see Psalm 18:33, for example). In each case, the creatures God uses for instruction have features like ours, such as eyes, faces, and legs. In this context, biological similarity has value and meaning.

So does Tiktaalik represent the evolutionary transition from life in the water to life on land? Apparently not. Researchers in Poland have found footprints in rock formations that predate Tiktaalik (by 18 to 20 million years, using secular dating methods). Yet supposedly no footed animals existed at that time.

In reality, Tiktaalik was specifically designed for the environment in which God placed it, most likely great pre-Flood floating forests, where an ability to move in and out of the water would have been a distinct advantage.

Ironically, Harvard, where Dr. Shubin received his PhD, was also the school of one of the most influential creationists of the nineteenth century, Dr. Louis Agassiz, who specialized in fish fossils. Dr. Aggasiz famously introduced a new graduate student to this field of study by making him look at a preserved fish for three days. Dr. Aggasiz left his student to ponder the fish for hours at a time, looking for new perspectives and insights. When working with the student, he repeatedly exclaimed, “Look at the fish!”

Perhaps if secular scientists would look closely at the fish from a different perspective, they would see how the fascinating patterns point to a single Pattern Maker, who put His signature on all living things.