A Beast of a Decision? Should Christians Watch Disney’s Beauty and the Beast?

What new can you say about a tale as old as time? Well, in its just-released, live-action movie Beauty and the Beast, Disney found a way to maintain the story from the original animated film while strengthening the plot, deepening the characters, and inviting us to be their guest at a feast of some admirable characters. Exquisite sets, lavish costumes, and stirring new songs await the moviegoer.

But what about the content—especially the controversial content we’ve all heard about? Is there any good reason for Christians to see Beauty and the Beast?

The film, just like any Disney movie, has some positive points.

Understandably much of the buzz about this film has been predicated upon Disney’s inclusion of its first gay character (more about this later). But the film, just like any Disney movie, has some positive points. Those positive points include the depiction of loving parents. Supportive parents offer positive direction in a child’s life. How much more can godly parents, who bring up their child in the ways of the Lord, affect that child for eternity (Ephesians 6:4)?

Also on a positive note, the movie includes two so-called “interracial” relationships between Lumiere and Plumette as well as between Cadenza and Madame de Garderobe. Of course interracial isn’t a term we use here at Answers in Genesis. Scripture teaches that there is only one race—the human race—which began when God created Adam and Eve (Genesis chapters 1 and 2). It is always encouraging to see society looking beyond these perceived boundaries that are actually evolutionary in their origin.

The story line also teaches the value of courage, empathy, and sacrificial love; the importance of investing our time wisely; the responsibility of action and consequences of apathy; and the grace of patiently waiting for redemption.

Even with some positive elements which could be found in almost any family-oriented film produced by Disney, the few negative aspects prompt us to caution parents about taking their children to the film.1 By the way, AiG has positively reviewed Hollywood films (e.g., The Prince of Egypt). Our knee-jerk response to films coming out of secular Hollywood is not to pan them outright.

A Nightmare but One Exciting Ride

The scary scenes from the animated film are accentuated by virtue of being live action. Compared to the animated version of Beauty and the Beast, this new film depicts wolves as more frightening, the mob invasion as a bit more violent, and the castle-top fight between the Beast and Gaston as more fierce. Though none of the action could be considered gruesome or gratuitous, small children might be alarmed by the realistic action.

If the Beast and Belle’s tale is bittersweet, then LeFou’s story is strange. Because of his role in the animated film, we expect LeFou (French for “the fool”) to be the comic relief. But we end up not exactly sure of his purpose in this movie. For including the “nice, exclusively gay moment” that the film director was so proud of, LeFou’s story is still underdeveloped—and perhaps that’s a good thing.

LeFou provides a few laughs here and there, and sometimes serves to defuse Gaston’s explosive temper. His homosexual characteristics are not over the top. For some undiscerning moviegoers, if the director had not already told us of LeFou’s attraction to Gaston, these characteristics might be mistaken as innocuous. But the producers have been clear about LeFou’s homosexuality, so that when we see scenes of LeFou watching Gaston closely, it should be taken to be with desire.

When Gaston expresses his desire to marry Belle, LeFou says, “But you have us.” This might refer to his wish for a romantic relationship with Gaston.

When LeFou is momentarily seen dancing with a fellow townsman (who, in the castle raid, had been attacked by the wardrobe, dressed in women’s clothes, and didn’t seem to mind), LeFou’s homosexuality is confirmed.

These parts equal less than five minutes of the entire film. In fact, a young child not conditioned to pick up on these nuances would likely not even notice them. But even subtle messages, coupled with the increased normalization of homosexual behavior in society, can leave impressions on children.

Sadly, Disney clearly wants to normalize what God has called sin. Homosexual behavior rejects God’s good design for men and women, which He clearly defines in Genesis and throughout His Word (Genesis 2:24; Matthew 19:4–5).

Conclusion: Certain as the Sun

About whether to see the film, is this really a beast of a decision for Christians?

Though homosexual behavior in Beauty and the Beast is not blatant, the agenda will be emphasized more and more as secular culture and those within the church further embrace it. And it is those underlying agenda and trend that most concern us. We urge you to read Ken Ham’s article “Is It Time to Kiss Disney Goodbye?”

Many Christians have decided to boycott Beauty and the Beast, and even Disney itself, for including immoral content. Others might choose to watch it, embracing the good, rejecting the bad, and might justify going to the theater to use the time as a teaching experience for their children. But we must strongly caution against Christians exposing children to one more example of society’s acceptance of homosexual behavior, even if it’s just a small part of the film.

Whatever a Christian might choose in this regard, we must always make our Spirit-led choices based on conviction and discernment based on God’s Word.

As Christians, we should always follow the Holy-Spirit-inspired advice of the Apostle Paul:

We shouldn’t be surprised that a secular company is doing what it does best: acting upon its secular worldview. Though the lost world will ever lean toward their sinful nature, God’s Word is unchanging—certain as the sun rising in the east. 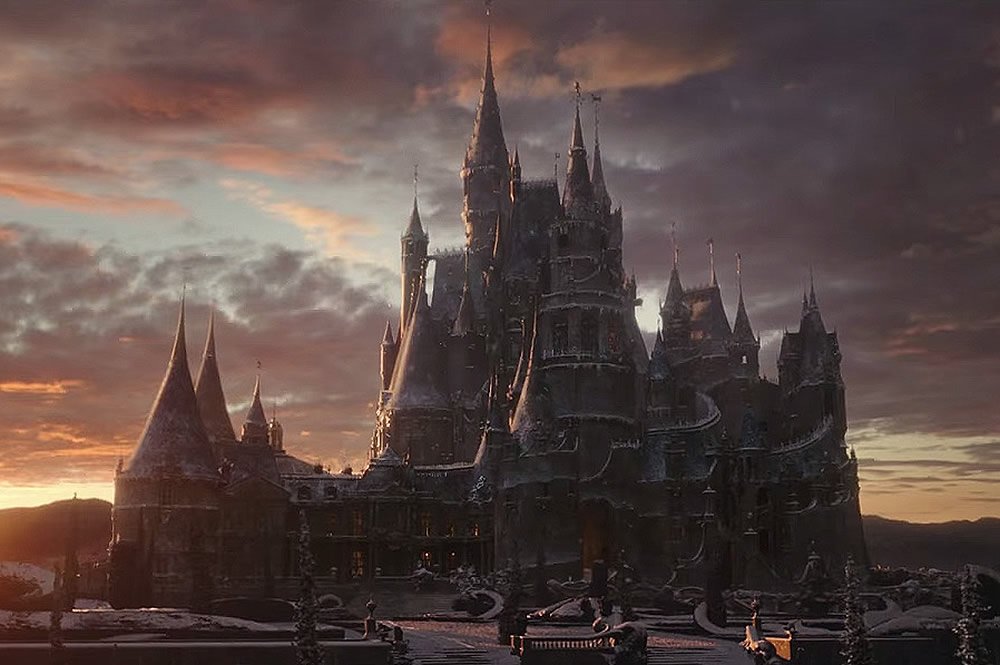