No Matter Who You “Zing” For, You Gotta Go For It

Hotel Transylvania 3: Summer Vacation is the third installment in the animated movie series, and this time the monster characters go on a summer vacation. This kind of movie will surely attract families with children of all ages. In this day and age, children and adults are constantly being bombarded with messages from the world. Is this film yet another movie that is subtly proclaiming a common anti-God message? In this review, I want to address this question.

This review is not going to analyze whether it is appropriate to watch a movie about the portrayal of cartoon monsters, such as Dracula and Frankenstein. To read reviews that will cover things like language, sensual content, violence, and so forth, I encourage you to visit websites like PluggedIn. If you want to skip any potential spoilers that follow, I suggest you watch the film first before reading this review.

More Connected to the World Than Ever Before

We are more connected to the entertainment world than ever with our tablets and smart phones—YouTube, YouTube Kids, Facebook, Instagram, Netflix, Hulu, Prime Video, and Google News—to name just a few platforms. Whether we realize it or not, all of us are being influenced by what the culture produces. Even outside our use of electronic devices, no matter where you go, it is hard to entirely disconnect from the world—after all, we live in it!

Our culture tends to give us a framework by which we can interpret a movie. The question becomes this: Are we allowing the culture to determine our framework or our children’s perception of the world?

Are we allowing the culture to determine our framework or our children’s perception of the world?

Many movies often contain subtle and not-so-subtle messages that intentionally or unintentionally reinforce what the world is trying to teach us, and I believe we might be surprised by the amount of information that doesn’t go over our children’s heads. We also must recognize that every person, without the saving and life-changing work of our Lord Jesus Christ, inherently loves darkness rather than light (John 3:17–21). The world hates God (see John 7:7) and is out to change the hearts and minds of our children. The battle lines are drawn, and we must “be strong in the Lord and in the strength of his might,” and we must “put on the whole armor of God, that you may be able to stand against the schemes of the devil” (Ephesians 6:10–11).

The animated film begins with Abraham Van Helsing attempting to wipe out all the monsters, starting with Dracula. He is unsuccessful—otherwise, of course, it would have been a short movie! Dracula’s wife perished before the first movie, and he is now ready to find another mate, but he does not want to let his daughter know. His daughter, Mavis, on the other hand, decides her father is too stressed and needs a vacation. Mavis plans a surprise “monster” cruise for him.

Mavis advises Dracula that whether human, monster, or unicorn, no matter who you “zing” for, you gotta go for it.

Toward the end of the film, Mavis finds out about her father’s interest in a particular human woman and comes to terms with it. Mavis advises Dracula that whether human, monster, or unicorn, no matter who you “zing” for, you gotta go for it. Zing is described as true love for monsters, and it’s portrayed as a feeling that you just cannot control.

Now, the film is not the first in this series to reference humans, monsters, and unicorns in the context of the theme of acceptance and tolerance. The father told his daughter in Hotel Transylvania 2 that as long as she was happy, it did not matter if the boy she was marrying were a human, monster, or unicorn. It is touching to see how the daughter wants her father to be happy, following this same principle in the third movie.

Also in Hotel Transylvania 2, Mavis gives birth to a son named Dennis. Later in the film, Dracula tells his grandson that human, monster, or unicorn, he is perfect no matter what.

No matter what a movie director’s intentions might be, many films will be interpreted by the eye of the beholder in the context of the culture.

It’s clear the Hotel Transylvania series is presenting a consistent message across its three films, and no matter what a movie director’s intentions might be, many films will be interpreted by the eye of the beholder in the context of the culture.

Acceptance and tolerance are powerful, important messages that can be applied in some positive ways, of course. For example, we have no right to judge anyone according to our own personal standards (though see “Does the Bible Tell Christians to Judge Not?”)—only God does, and we don’t have the right to entirely discount other people just because they are different.

From a biblical perspective, we are all made in the image of God (Genesis 1:27). Men and women are created equal. We are all sinners in desperate need of the saving gospel of our Lord Jesus Christ (Romans 3:23).

Love Is a Choice

A main theme in this movie is love. Love is often misunderstood as a feeling we can’t control. The film presents this dangerous concept. As we read the Bible, we clearly see that love is actually a choice. God commanded us to love our enemies (Matthew 5:44). I must choose to love my enemies—not something that comes naturally, and I will never fully understand or apply it without the life-changing power of Christ. 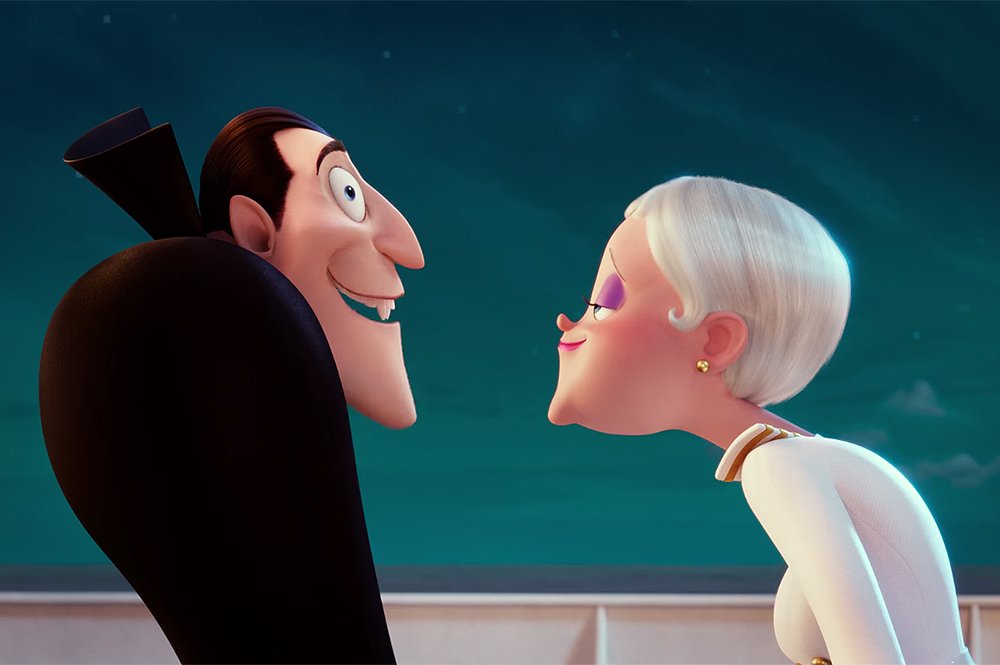 While love is a choice, God gave us feelings to coincide with love, but we must ground our love in biblical truth rather than going with what “feels right.” If we let our feelings control us without considering biblical truth, we open the door to having our minds being completely controlled by our feelings. It allows a possible scenario for the devil and our sin nature to tempt us to give in to our lustful passions of the flesh. As you watch the film and its subtle messages, be reminded of your foundation in Christ and his Word—and how to biblically apply love and acceptance. Loving a person for who they are does not mean we have to agree with their beliefs, and you may have to lovingly engage them as you see their wrongdoing.

Without holding foundation principles, you are left to interpret what it means when the film declares that no matter who you zing for, you gotta go for it.

Without holding foundation principles, you are left to interpret what it means when the film declares that no matter who you zing for, you gotta go for it. In the film’s science-fiction setting, humans and monsters live in the same world, and in today’s culture, a hot topic of “acceptance and tolerance” is same-sex “marriage” and other types of unbiblical unions. Whether intentional or not, the film could be seen as promoting such unions.

No matter who you are, you need to acknowledge that we are all equal before God, and we are commanded to love everyone (Matthew 5:43–48). But from the Bible, we know that God “created them from the beginning [and] made them male and female, and said, ‘Therefore a man shall leave his father and his mother and hold fast to his wife, and the two shall become one flesh’? So they are no longer two but one flesh” (Matthew 19:4–6). Marriage is defined as being a union of one man and one woman.

Now while I am biblically committed to love everyone, including those who believe in same-sex “marriage,” as a Christian who believes in the Bible, I disagree with their view. Same-sex “marriage” goes against God and his Word, and it is a sin. Unfortunately in today’s world, disagreement is often seen as intolerance—and in the world’s eyes today, that so-called intolerance is totally unacceptable.

Marriage is a biblical concept, and we must instill this foundational principle in our children when they’re young. Most importantly, we need to share the good news of our Lord Jesus Christ with them.

My greatest concern about this new film is how it will be interpreted by our children. Though Dracula (a male) loves a female in the movie, the statement in the movie potentially opens the door for unbiblical views. As mentioned earlier, we are being taught by the world at every turn. We must not be naive to think that subtle messages are entirely harmless. The world constantly tries to make us doubt God’s Word. The Bible clearly teaches that marriage is between one man and one woman, but if that teaching is not true, then what else about God’s Word is not true?

We must prepare ourselves and our children to “make a defense to anyone who asks you for a reason for the hope that is in you; yet do it with gentleness and respect” (1 Peter 3:15).

It is important to understand the dangers of how you and your children can be affected by watching secular films. Even well-produced movies such as Hotel Transylvania 3: Summer Vacation that have no apparent anti-God teaching can still be interpreted as being connected to the teachings of the world.

If you decide to take your family to this film, I encourage you to tell your children about the first marriage, recorded in the Bible, and read to your children what true love really is, from 1 Corinthians 13:4–8. Teach your children what Christ did on the cross: “Greater love has no one than this, that someone lay down his life for his friends” (John 15:13), and then explain why Jesus had to die on the cross (and then be resurrected), starting at the beginning: Genesis.