Nature documentaries showcase the wonders of creation, but most of them push evolution instead of glorifying the Creator. Why not make a world-class documentary highlighting the Creator and the role of Genesis in understanding our world? Someone asked that question of filmmaker N.D. Wilson, and The Riot and the Dance was born.

When N.D.’s investor friend asked him to make a creation-based documentary, he was completely on board. He’s loved nature since he was a kid, and he instantly saw the need. He knew what he had to do next: Ask Uncle Gordon, an enthusiastic and respected creation biologist who had inspired N.D.’s own love of nature, to narrate the film and offer his insights about the animals and exotic locations to feature.

Gordon recounts what happened next: “I’m the critter-loving geek uncle who took him out insect collecting when he was about ten years old. It was a formative time and apparently left a deep impression. He came to me one day and asked if I’d narrate a nature video, and of course I said yes!” 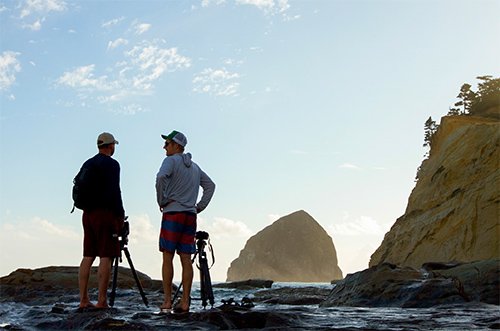 Photo Courtesy The Riot and the Dance

Film crew on location on the Oregon coast for The Riot and the Dance, N.D. Wilson’s new creation-based nature documentary.

They traveled from the Arizona desert to the Asian rainforest looking for just the right creatures to magnify the main theme. From insects to elephants, Gordon reveals how only the all-wise Creator could have given each one of these animals its unique abilities to survive in a fallen world. Nature has a dark side that’s worth explaining.

Gordon specifically chose to highlight elephant seals because he believes they capture what the documentary means by a “riot” in creation.

“The curse is manifest when looking closely at these animals. The male domination of the cows, the accidental crushing of calves, and violent territorial battles between males are on full display. This is a powerful reminder that the creation, though impressive, is truly fallen because of man’s sin.”

Venomous snakes make an appearance for the same reason.

“The difference here is that their cursed condition negatively impacts human health and welfare, especially in tropical countries,” Gordon says. “As we profiled these deadly snakes and our adversarial relationship with them throughout world history, we wanted to highlight the hope of the gospel. Not only does God reconcile man to himself through the life, death, burial, Resurrection, and ascension of Jesus Christ, but the whole creation will be liberated from its bondage to corruption (Romans 8).”

Gordon emphasizes that the documentary doesn’t focus solely on creatures that’ll make you want to cover your eyes. Beautiful animals such as cougars, the blue magpie, and hummingbirds make an appearance.

“Though they too have been affected by the curse in various ways, their evident beauty, grace, symmetry, coordination, and complexity are reminders of a glorious creation once untainted by the curse. They (and even the gnarliest creatures) reveal the ingenious artistry and engineering of our Creator so that everyone is without excuse (Romans 1:20).”

Although the crew filmed in various locations, Gordon says they intentionally started with the mountainous forests of the USA’s Pacific Northwest.

“Once you have trained your eyes to see the extraordinary in the ordinary, you are then ready for the spectacular and exotic.”

“This demonstrates we don’t need to travel to exotic destinations to be awestruck by the glories of creation. I call it the magnificence of the mundane. Once you have trained your eyes to see the extraordinary in the ordinary, you are then ready for the spectacular and exotic.”

From the Pacific Northwest, the team traveled to the Sonoran Desert of Arizona to film hummingbirds, scorpions, and coyotes. Filming here showcases the Creator’s brilliant designs for animals to thrive in harsh desert conditions.

For the filmmakers, variety was key. So they headed to Sri Lanka.

“We chose this country because it is home to a wide array of different ecosystems. This island jewel of the Indian Ocean is home to some of the best wildlife tours in the world. We went there to film the immense array of wildlife from land leeches to lizards, langurs, and leopards.” 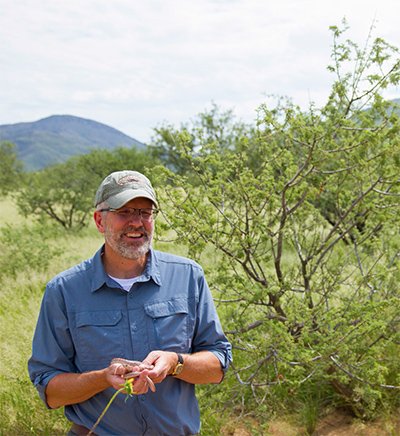 Photo Courtesy The Riot and the Dance

Creation biologist Dr. Gordon Wilson has a driving passion—using the wonders of creation to share the gospel of the Creator. So he jumped at the chance to narrate his nephew’s creation documentary.

The film took three years to complete. The original plan was to show it once in hundreds of public theaters across the US on March 19, 2018. The success of its premiere led to an encore showing April 19, 2018. The Riot and the Dance Part II: Water is currently in production and will showcase a variety of aquatic creatures. That film is scheduled for release in spring 2019.

Both N.D. and Gordon have “real” jobs. N.D. is chief creative officer for Gorilla Poet Productions and Canon Press. He is also a bestselling author for young readers through Random House and HarperCollins. Gordon is a senior fellow of natural history and a biology professor at New Saint Andrews College in Moscow, Idaho.

“Being a biology professor at a Christian institution is wonderful because I can freely express the genius and creativity of God without being censored. I love to serve my students by giving them a lifelong appreciation of the incredible diversity that God handcrafted.” The film was just another venue to do that.

But in all things, Gordon is after more than inspiring wonder.

“God saves. People need to come to know and worship the loving God who cares for his creation. We need to boldly proclaim the gospel openly and directly with others by our words and deeds.”

Gordon cites this review of the film as the response he is after: “The Riot and the Dance invites the viewer to find the majesty of God’s creation in their own backyard and then all over the world. It was like Planet Earth but with truth and humor. I realized tonight why nature documentaries don’t normally settle well in my heart. Their scripts are godless, and their content cannot help but be cold. I left the theater with praise on my lips and wonder in my heart.”

The Riot and the Dance Excerpt