Dear Luca: What We Need Is God’s Love (and His Acceptance)

A Christian perspective on Pixar’s movie Luca on Disney+

When I heard about this new Pixar film coming out on Disney+ last weekend called Luca, I initially wondered how Pixar would spin a tale incorporating what evolutionists call the Last Universal Common Ancestor (LUCA), but decided it had to be interesting and creative in the least.

Several minutes into Luca, I knew it was NOT about evolution’s last universal common ancestor. It was, to me and many others, an allegory for “coming out.”

Several minutes into Luca, I knew it was NOT about evolution’s last universal common ancestor. It was, to me and many others, an allegory for “coming out.”

Luca is a sea monster that takes on a human form when on dry land. The humans in the village hate sea monsters—even wanting them dead—causing him and other sea monsters to hide their true identity.

The storyline isn’t surprising, considering its creator. When I read the critical reviews of Luca, I saw several comparing Luca to Call Me by My Name. Here are important excerpts from the storyline at IMDb:1

Here is a short list of similarities I compiled between Luca and Call Me by Your Name taken from this IMDb entry:

But the director of Luca, Enrico Casarosa, has denied any similarities between the two films, saying that Luca is a “metaphor for anything.”2

I’m quite skeptical that it is just as Casarosa says. The whole idea of a secret life, living differently from everyone else, trying to find friends that accept you for who you are, establishing a sense of family, living in this world without letting people know your true identity—these things resonate with many in the LGBTQ+ community.

Broken, but Is There Redemption?

To be clear, I am not denying the artistry of Luca’s director—it was a new look for Pixar characters, and the scenery was delightful. I’m also not saying that there weren’t moments that completely blew me away—the dialogue between the one-armed father and Luca in search of Alberto will touch anyone’s heart in a powerful way. But a good friend of mine shared with me the following: a broken clock is right twice a day. 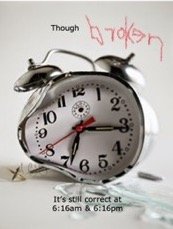 It is hard to give an endorsement of this film because it normalizes deviant behavior. The movie crosses the line of entertainment into pure indoctrination of society and (more importantly) our children, encouraging them to explore and be curious to arrive at truth.3 But we cannot arrive at truth without the compass of Scripture pointing us to True North: the Lord Jesus Christ.

While I can’t endorse the film, I can endorse the love of a father, as portrayed by the one-armed father mentioned above.

While I can’t endorse the film, I can endorse the love of a father, as portrayed by the one-armed father mentioned above. When Luca’s friend Alberto is “outed” as a sea monster, he runs away. When Giulia’s one-armed father finds out, he goes looking for him late into the night. Luca tells him, “I don’t think he wants anyone looking for him.” The father answers, “Maybe not. But just in case” and heads out.

Children experience enough confusion, pain, and ridicule in this fallen world, and when it’s more than they can handle, loving parents should always search them out (Matthew 18:12–13), even if they don’t want to be found, and show them God the Father’s love through his Son. In Christ, no one is outcast or unwanted.

Christ is the friend that sticks closer than a brother (Proverbs 18:24), loves them (Jeremiah 31:3), listens to them (1 John 5:14), goes through the valley with them (Psalm 23:4), cries with them (John 11:35), and (most importantly) accepts them (the good, bad, and ugly) (Ephesians 1:6), though he expects and enables his followers to be obedient to his will and to be actively attempting to conform themselves to his image (Romans 6, 12:1–2) for his glory and for our good.