The Biochemical Challenge to Evolution

Darwin's Black Box: The Biochemical Challenge to Evolution by Michael J. Behe is a fascinating book which deals with the question of the origin of complex biochemical systems. 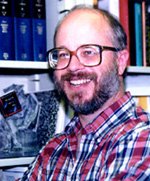 The author, Associate Professor of Biochemistry at Lehigh University, Pennsylvania, begins with the premise that traditional evolutionary theory does not adequately explain the complexity of basic biochemical systems. Simply put, Dr Behe attempts in this book to establish that the basic biochemical systems necessary to establish and sustain life are not the result of random events but are rather the result of intelligent design.

Darwinian evolution has as its basic premise that all life evolved slowly over millions and millions of years. Initially, this involved the formation of the basic chemical building blocks of life (i.e. amino acids, sugars, etc.) then as the years continued these basic molecules came together to build more complex molecules and then, later, the most basic life forms came into being. These basic organisms then changed, by natural selection acting on chance mutations, into all the life forms on earth today (including human beings). This process would, by necessity, require that every step from simple to more complex involves a change that would enhance the survivability of the organism; that is, if a working system were somehow changed, this change must provide an advantage for the organism. It would then be passed to future generations. Thus, progressively more complex life would gradually evolve. Dr Behe very convincingly shows that this type of gradual change just will not work at the biochemical level.

The basic concept presented by Dr Behe is that of ‘irreducible complexity’. A system that is irreducibly complex is one in which precise components work jointly to perform the basic function of the system. It also means that if any part of that system were to be absent or removed, the system would cease to function. Therefore, any step to simplify an irreducibly complex system would result in a non-functional system. This presents an insurmountable problem for the Darwinist. If one alleges that all systems evolved by gradual addition to previously functioning systems, how does one explain a complex system that would not perform its basic function if it were missing even a single component?

Many wonderful examples of this are presented in the book. Beginning with the example of a mouse-trap, Dr Behe makes a very thorough, intellectually sound case for his concept. If any part of a mouse-trap were absent the entire system would be useless. This basic concept is then applied to several biochemical systems, all of which would not function if even a single component were missing. The function of a cilium (cilia are microscopic, hair-like projections from the inner wall of our airways), for example, is explored in detail, as is the enormously complex cascade of events involved with blood clotting. The biosynthesis of AMP (a substance used in the cell’s energy process) and the function of the immune system are also given as examples of this concept of irreducible complexity. Each system is explained in detail.

For those who are less biochemically oriented the book is organized so that the more intimidating explanations are set apart by bullets and can simply be skimmed to get an appreciation for the complexity of the system being discussed. The remainder of each chapter can easily be understood and appreciated by the general reader.

Dr Behe then concludes that much of what to date has been felt to be the result of chance, must be the result of ‘intelligent design’. The case is beautifully made that these very complex systems must have been designed, as there is no method by which they could satisfactorily be explained by Darwinian evolution. The last section of the book is a discussion of this concept of design and how the scientific literature has little to offer to counter this concept. Dr Behe notes that it is taken for granted by the scientific community that these systems have evolved per Darwin’s precepts, but there are no scientific evidence that this is even possible.

The author has taken a bold step by breaking ranks with the main body of modern scientific thought. By daring to challenge the basic biochemical underpinnings of Darwinian evolution he opens himself to great criticism among his peers. His book cannot be simply ignored. His case is made too well. His concepts are too scientifically sound, as is seen by the very defensive tone of reviews published to the date of this writing. While claiming to be ‘unconvinced’, the reviewers admit (either openly, or by default) that they do not have answers to Behe’s examples. They have attacked him for seeking to ‘reintroduce God’, and express their conviction that, somehow, answers will be forthcoming if Darwinists ‘keep the faith’.

I very much enjoyed this book. I confess that it took me back to my days in those long arduous biochemistry classes in medical school. The fact that those processes were so complex had been long forgotten over the years. That having been said, I must say that I am disappointed at, and disagree with, his intellectual musings with regard to the identity of the designer. Dr Behe makes a very thorough case regarding the need to interpret appropriately the available facts regarding irreducibly complex systems. He then logically concludes that they must have been designed.

When dealing with the identity of the designer, however, he attempts to reach no conclusion. He rather deals with the disturbing nature of the concept of design and the need for science to further explore this idea. Dr Behe notes that he is a Roman Catholic, but then the issues of his beliefs are left strangely silent.1 I have frankly never seen a more obvious declaration of the work of our Lord. The author seems to side-step this issue rather than tackle it headlong as he does all other concepts in the book.

This book was written for a secular, scientific audience, and its information was presented in an orderly, scientific fashion. To conclude that the designer was indeed the God of the Bible might cause this concept to be more readily dismissed by the proponents of evolution. As it stands, intelligent design must now be accounted for in the scientific struggle to explain away God and His Creation. To that end Dr Behe has accomplished much.

The term ‘black box’ has been used to describe something that performs a function, but its inner-workings are complex and mysterious. Dr Behe has indeed opened the ‘black box’ which seems to point directly to the God of Creation. I believe that Dr Behe has shown that Darwinism fails to explain the origin of irreducibly complex biochemical systems. Although he himself does not draw this conclusion, he has presented clear evidence that the origin of life as described in Holy Scripture is correct.